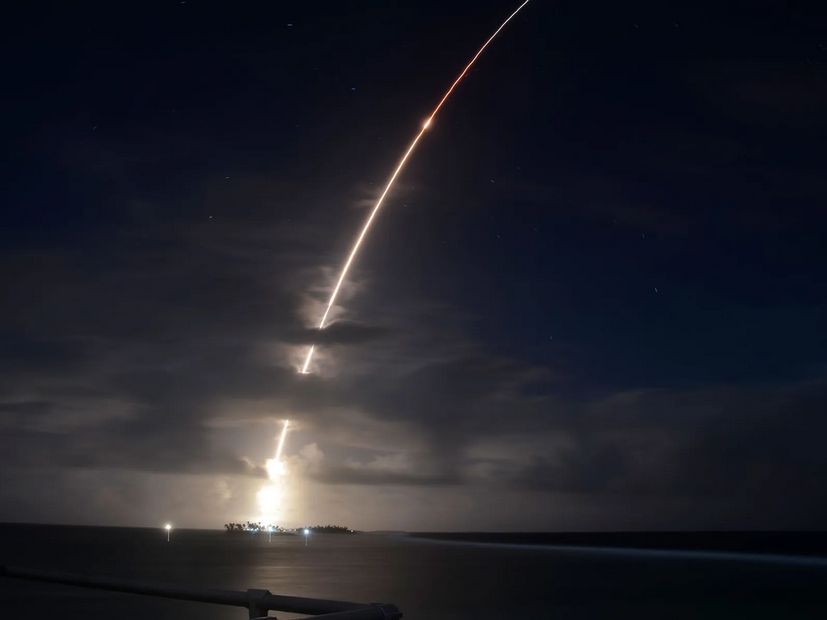 The proposal to create a process for preventing military confrontations and misunderstandings in orbit would be the first major step in more than 40 years.

On Monday, a group of diplomats from the United Kingdom proposed that the United Nations set up a group to develop new norms of international behavior in space, with the aim of preventing the kinds of misunderstandings that could lead to war. As spacefaring nations advance their military satellite capabilities, including being able to disrupt or damage other satellites, such provocative behavior could escalate already-tense diplomatic situations—and create more space debris in low earth orbit, a crucial region that’s already chock-full of derelict spacecraft.

This is the first significant progress in developing space rules in more than four decades. The most important piece of space law, the Outer Space Treaty, was negotiated by the fledgling space powers in 1967. “Meanwhile, space is getting increasingly complicated,” says Victoria Samson, the Washington office director for the Secure World Foundation, a nonpartisan think tank based in Broomfield, Colorado. There are many players in space now; new kinds of cyberweapons and lasers can jam, dazzle, or spoof satellites; and tens of thousands of satellites are orbiting in the sky.

“There’s an understanding that, if we don’t get this right, we wreck the space environment,” says David Edmondson, who leads the UK’s effort as the country’s policy head of space security and advanced threats. “If we don’t get this right, we risk getting into conflict, because people don’t have rules of the road at the moment. So that’s what we want to create, but it takes time.”

Monday’s vote before the UN’s First Committee, which is focused on international security and disarmament, passed overwhelmingly, with representatives of 163 countries voting yea versus eight nays and nine abstentions. Considering the widespread support for the proposal, including backing from the Biden administration, Edmondson expects it to pass in the full UN General Assembly next month.

The proposal would create a new working group at the UN that will meet twice a year in Geneva in 2022 and 2023. By the end of that time, the group must reach consensus on new rules and identify areas in need of further investigation. Crafting norms for the kinds of activities that escalate tensions or generate debris will likely be top priority for this group, says Cassandra Steer, an expert on space law and space security at the Australian National University in Canberra.

While the US representatives approved the UK-led proposal, those from the other two most influential space powers, Russia and China, were among the “nay” votes. Those nations’ opposition stems from a longtime debate over whether to instead focus efforts at the UN on negotiating new treaties among all nations with spacecraft, because treaties carry more weight and can be more clearly enforceable. For example, China and Russia have been pushing for a resolution preventing an arms race in outer space, as well as a new international treaty against deploying any weapons in space. Currently, only nukes are outlawed in space.

But those ideas haven’t gained traction with the US and its allies. In fact, US representatives have voted against such proposals for years, arguing that there are no weapons in space and therefore no arms race to address. (In the 1980s, President Reagan championed the idea of developing space-based missile interceptors as part of the short-lived “Star Wars” concept. While a few policymakers today, like Senator Ted Cruz of Texas, continue to advocate for them, no one has yet designed or launched such weapons.) “The US and its partners have been instrumental in blocking any progress with treaties and binding norms,” Steer says.

Dozens of countries have already published responses to the UN proposal, mostly in support of it. Nongovernmental groups, including Samson’s Secure World Foundation, arms control groups, and even the International Committee of the Red Cross, have done so as well. The latter points out that “the use of weapons in outer space … could have significant impacts on civilians on Earth.” If, say, a satellite that people depend on for weather information, communications, or navigation were disabled during some international dispute, it could have far-reaching consequences.

That’s a particular problem with “dual-use” technologies, Samson says, referring to spacecraft that can be used for military and civilian purposes. For example, while some military communications involve dedicated military satellites, 80 percent of those communications use a variety of commercial satellites, which could nevertheless be considered military targets. (The space industry was not invited to directly comment, since individual companies are regulated by their national, not international, policies. Representatives from the American space industry often participate in the US delegation.)

The dangers of space debris, which could be generated by an orbital collision or attack, continue to draw attention, especially considering the amount of debris produced by anti-satellite missile tests, such as those by China in 2007 and India in 2019. Even tiny bits of untrackable space flotsam can be harmful, because they’re moving at high speed. Bruce McClintock, lead of the Space Enterprise Initiative at the Rand Corporation, a federally financed and military-focused research center based in Santa Monica, California, notes that, on Earth, tornado winds can jam pieces of straw into telephone poles. “Now imagine you’re at orbital speeds, and you have something the size of a paint chip moving at thousands of miles an hour. Those are things that can cause serious damage to satellites,” he says.

That’s a major reason why Aaron Boley, a planetary scientist and cofounder of the Outer Space Institute in Vancouver, British Columbia, calls for banning tests of weapons that can destroy satellites. “Having a ban on debris-generating anti-satellite tests is an area where I think there could be wide agreement,” he says. His institute published an open letter on September 2 making the case for such a ban, with signatories from multiple countries. A ban on tests that generate “long-lived debris”—shrapnel that stays in orbit for years instead of falling and burning in the lower atmosphere—might have a more realistic chance of being adopted, McClintock argues, though he’s sympathetic to the argument in the Outer Space Institute’s letter.

To avoid collisions or attacks between satellites, which would also likely produce debris, experts frequently cite the Incidents at Sea agreement between the US and the former Soviet Union, which was signed in 1972. The accord mandated more communications between the two countries and required ships, including those engaging in surveillance, to remain clear of each other to avoid collisions. “It didn’t change the size and structure of naval forces, but brought in rules for notifications for exercises,” says Jessica West, a senior researcher at the research institute Project Ploughshares based in Waterloo, Ontario. Giving satellite owners prior warning and requesting consent to approach would go a long way, “so that they don’t freak out, and they don’t worry, and they don’t respond to what you’re doing in an escalatory way because your intention is simply to do an exercise,” she says.

In a sign that the US is moving toward supporting norms in space, the Defense Authorization Bill, which has passed in the House but not yet in the Senate, requires defense officials to develop a list of priorities for such norms, including those involving the issues of space debris and how spacecraft should behave in close proximity with one another. In July, US secretary of defense Lloyd Austin published a memo identifying “tenets of responsible behavior” in space along similar lines.

While nonbinding norms clarifying allowable behavior could reduce tensions, the approach isn’t without its drawbacks. “If you focus on behavior, but you allow this proliferation of hardware and technology, at some point you have an arms race. So are you making an arms race safer, or are you preventing an arms race?” West asks.

Despite the possible shortcomings of the approach, Steer says it’s a realistic one, given where international relations are today. “We can come up with very effective nonbinding norms, which have huge political impact, and they impact what states are doing with their national binding laws,” she says. “Treaties can take years or decades to negotiate, and we just don’t have time.”