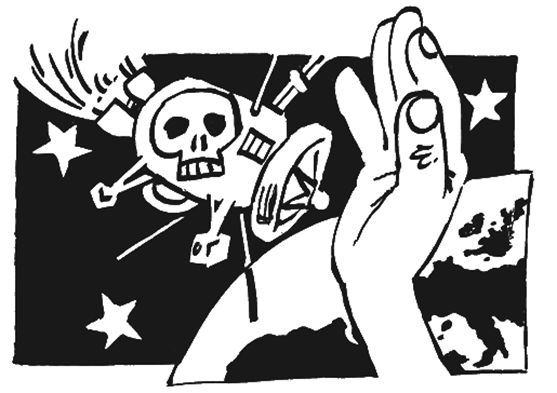 The United States has launched 22 missions with nuclear power sources. Three accidents have occurred, one resulting in release of radioactive materials. The U.S. launched one experimental space reactor, in 1965. It is now in a 3,000-year orbit.

SNAP 9-A, April 1964: Launched aboard a Department of Defense weather satellite that failed to reach orbit. Reactor, as designed, released radioactive contents in upper atmosphere during reentry and then burned. Remnants struck the Indian Ocean. Total of 2.1 pounds of plutonium-238 vaporized in atmosphere and spread worldwide.

SNAP 19, May 1968: Meteorological satellite. Nuclear fuel, 4.2 pounds of uranium-238, stayed intact and was recovered off Southern California coast and reused.

Apollo 13, 1970: Nuclear material, 8.3 pounds of plutonium-238, inside lunar module when it was jettisoned before return to Earth. Now at bottom of South Pacific Ocean near New Zealand. Sampling so far shows no radiation leak.

Soviet lunar probe, Fall 1969: Unmanned lunar probe burned up and created detectable amounts of radioactivity in the upper atmosphere. Any surviving debris from incident presumed to be on the ocean floor.

COSMOS 954, January 1978: Launch failed; 68 pounds of uranium-235 survived fall through the atmosphere and spread over a wide area of Canada’s Northwest Territories. Canadian-U.S. teams cleaned up; no detectable contamination found.

COSMOS 1900, April 1988: Soviet radar reconnaissance satellite failed to separate and boost the reactor core into a storage orbit, but backup system managed to push it into orbit some 50 miles below its intended altitude.

MARS96, November 1996: Disintegrated over Chile or Bolivia, possibly spreading its payload of nearly a half pound of plutonium.