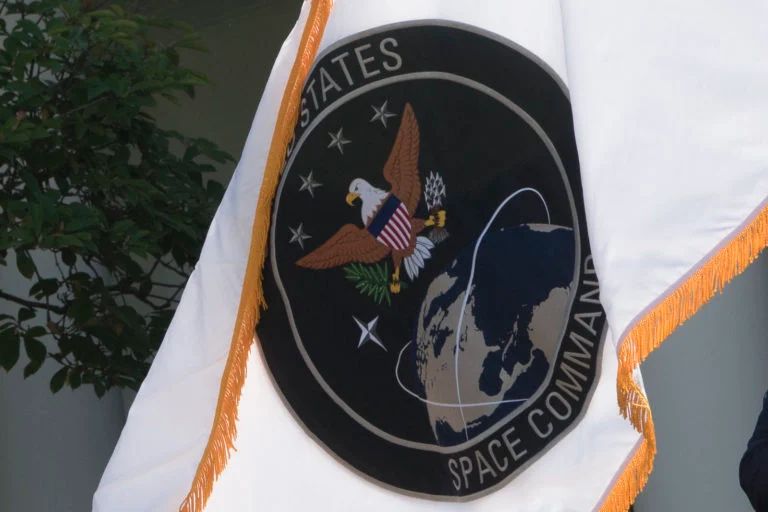 How strategically important is space, beyond spy and communications satellites? This opinion piece by Hoss Cartwright, former Vice Chairman of the Joint Chiefs of Staff, and former Air Force Secretary Debbie Lee James, makes it pretty clear they believe the new service will play a key role for both the military and the commercial world in the future as they grapple with the challenges of the vast possible riches of commerce in space. Cartwright, of course, was the widely respected head of Strategic Command (the first commander to start talking about long-range precision strike in various guises) and then vice chairman of the Joint Chiefs. James was the first female Air Force secretary and has opposed creation of the Space Force, arguing that Space Command’s creation is more important. What’s the way ahead? Read on! The Editor.

The twenty-first century is witnessing an epic rush to outer space. Just as the discovery of gold in California created mass migration to the American West in 1848, the potential for generating wealth in space is propelling US allies, adversaries, and industry alike to launch into orbit.

To manage this, the new US administration must develop a 30-year strategy to secure space and promote full-bodied governance for the astounding commercial expansion currently underway. Security and prosperity in space is an ambition larger than any one nation; all of humanity should reap these benefits. Otherwise, the rules-based order will remain terrestrial while US adversaries champion an alternate vision for space.

Space development is analogous to the opening of previously flourishing domains, where surveying and regulation turned frontiers into today’s metropoles. As exploration uncovers value, an influx of actors joins the apparatus. Upon the discovery of gold, nearly 240,000 people rushed to California. Lawless competition proceeded as actors exploited new resources without accountability. In California, the abundant resources deteriorated as the newcomers dammed rivers, chopped trees, and mined the land. Gold Rush anarchy served as an impetus for building mining infrastructure and for signing a new state constitution. With governance providing surety, commercial actors further exploited minerals for economic gain. The United States tamed the chaos. Today’s space domain could be on the verge of catastrophe. Why? If commercial activity progresses without regulation, a chain reaction of space collisions – known as Kessler Syndrome –could render space unusable for hundreds of years.

Today’s space rush is distinctive from the space race, which began with Russia’s 1957 Sputnik 1 launch and concluded with Neil Armstrong staking an American flag on the Moon in 1969. While national pride motivated these early space achievements, economic promise drives twenty-first century advancements. Rather than astronauts and spy satellites, spacefaring companies aspire to bring ordinary citizens to space and build mega-constellations of nano-satellites. Great-power competition has ascended to the space domain, with China and Russia trailing behind the United States in some space technology developments, but leading in other important areas like quantum communications.

In the absence of order, the activities of agile companies and great-powers threaten to turn this high frontier into a Wild West. In the short term, constellations of small satellites are concerning astronomers. The next decade will likely bring private-sector space tourism and asteroid mining, neither of which is well-regulated.

The space domain has already undergone a significant period of scientific discovery. Scientists have found evidence of life on other planets, resources on the Moon, and the existence of other galaxies. Space is ingrained in the future ofsociety, economy, and security. Grasping the possibilities in outer space, governments are struggling for space expansion.

Space has long been used for national security ends, but the domain’s security has not been addressed. Great-power competition among the United States, China, and Russia has launched into outer space without rules governing the game. In January 2007, China ushered in a new period of space instability when its anti-satellite missile test generated a dangerous debris cloud and demonstrated its ability to disrupt low-Earth orbit missions. In February 2020, two Russian satellites trailed a US spy satellite, effectively transporting Russia’s doctrine of military deception to space. Although space is now defined by a multitude of national programs, it is largely governed by the outdated Outer Space Treaty of 1967, signed in an era characterized by US-Soviet superpower rivalry.

Unstable security structures threaten the continued commercialization of outer space. Industry innovators are already outpacing space governance. With the global space industry projected to generate over $1 trillion in revenue in 2040, aerospace incumbents and new space firms are accelerating space access with ambitious projects from reusable launch to Internet from space to inflatable space habitats. Indeed, history may mark SpaceX’s pathbreaking first operational crewed-launch of a commercial rocket to the International Space Station — just months ago — as the dawn of a new era of spaceflight.

While visionary corporate leaders may be willing to take high risks on space, a more routinized space economy will rely on markets to price risk and insure space activity. Normalizing business in space will require the United States to provide the public good of security in Earth orbit, just as the US Navy instills confidence in maritime commerce on the high seas.

If the United States does not develop a framework for outer space competition, instability will ensue as adversaries claim sovereignty of the global commons and commercial objectives are disrupted. It is imperative that the United States shows leadership in space to avoid cascading consequences for space stability. The United States and like-minded nations should extend the rules-based order to outer space or risk Russia and China filling this gap with an alternative vision that does not comport with US and allied values and norms. Operating over half of the world’s 2,787 satellites, the United States remains a key player in space and therefore is in a position to leverage its space achievements to shape this domain of limitless opportunities.

A new 30-year US strategy for space should advance stability to protect vital interests in the space domain. First, the United States must lead in launching the global governance that guides traditional domains into orbit. Similar to the International Civil Aviation Organization’s role in the air domain, space needs operational standards, such as agreed-upon launch and orbit coordination protocols, to provide a basis for space traffic management and socialize global cooperation for future capabilities like rocket transportation. Through convening and participating in global conventions and creating new entities for space coordination, accountability, and enforcement, the United States should assemble relevant actors to create a space security framework reflective of the depth and breadth of space activity today.

After establishing mechanisms for international coordination, the United States must identify and protect prime orbital “real estate,” such as gravitationally balanced Lagrange points that optimize satellite energy usage. Upon agreeing to protect the gateways of outer space, the international community can begin to build resilient architecture to promote space sustainability for the coming decades.

Finally, the United States must coordinate a whole-of-government and -nation and allied response, as the applications of space stretch across society. Through engaging existing space institutions, such as NASA, Space Force, and the United Nations Office for Outer Space Affairs, and establishing new ones, the United States can account for wide-ranging US interests in outer space.

Time is of the essence to implement a new long-term US strategy reflective of a rapidly changing domain where commerce is increasingly the most important feature, but fully integrated into a robust governance and security construct that benefits humanity. The decisions and investments of the new US administration will determine whether the United States maintains or relinquishes its status as the world’s leading spacefaring nation. Missions promoting space stability today will impact the security and prosperity of humankind tomorrow.

James “Hoss” Cartwright, former commander of Strategic Command and vice chairman of the Joint Chiefs of Staff, and Deborah Lee James, twenty-third Air Force Secretary, are co-chairs for “The Future of Security in Space: A Thirty-Year US Strategy,” an Atlantic Council paper to be released in early April.