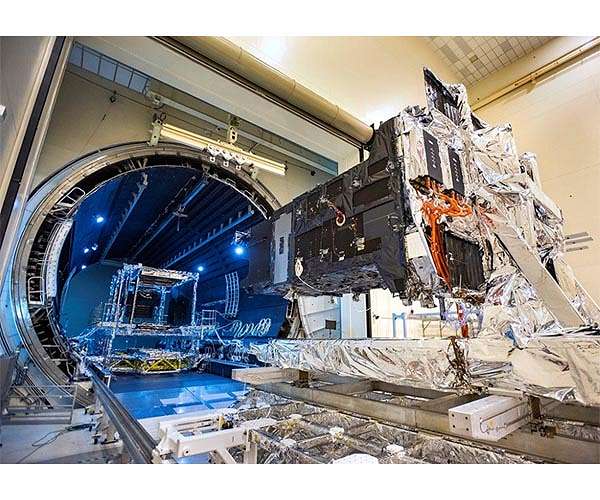 The delivery of the satellite to Cape Canaveral brings GEO-5 one crucial step closer to its anticipated May 17 launch. The next step is the execution of the final ground testing activities to verify satellite integrity, beginning with a Launch Base Confidence Test. After successful completion of testing, consent to fuel will be given and satellite fueling operations will begin.

These activities are vital to the mission team’s efforts to use GEO-5’s propulsion system to guide the satellite to geosynchronous orbit following its separation from a United Launch Alliance Atlas V rocket. Encapsulation and integration of the satellite onto the launch vehicle will be completed prior to launch.

“This delivery represents a major milestone for the SBIRS program and is a critical step towards putting GEO-5 on orbit for the warfighter. It represents the hard work and dedication of the combined team of Lockheed Martin, Northrop Grumman, the Aerospace Corporation, multiple support contractors and government personnel,” said Lt. Col. Ryan Laughton, SBIRS GEO-5/6 production materiel leader.