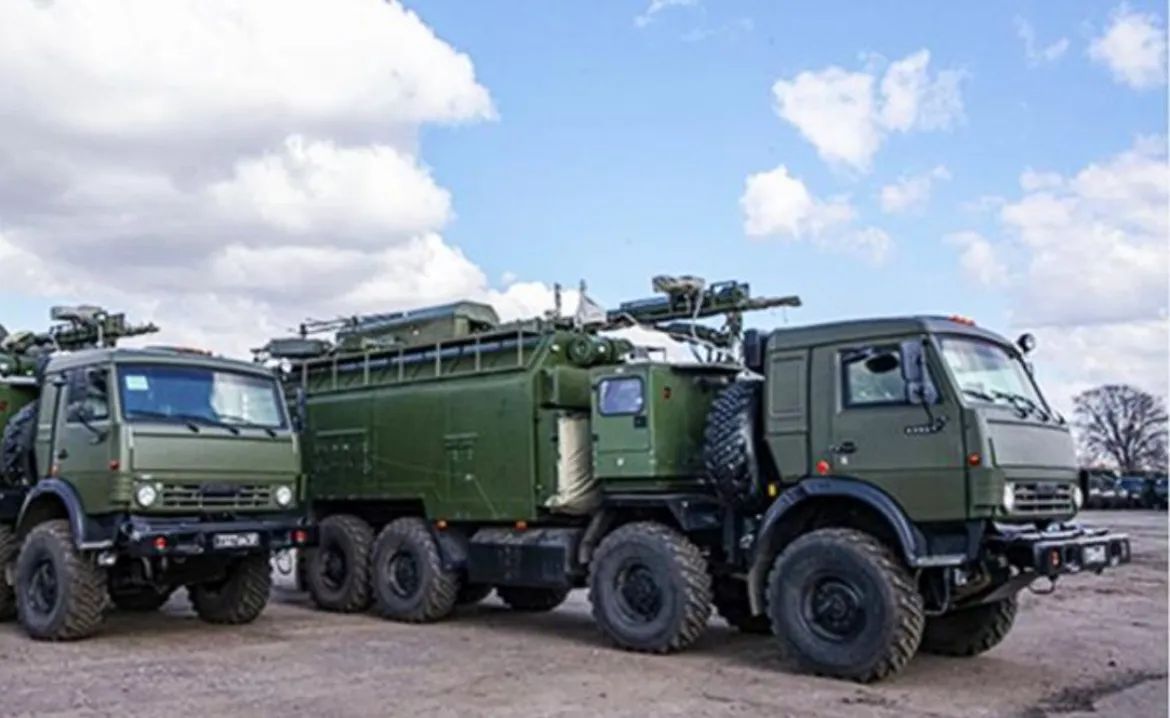 By Vitaly Orlov,
Published by The Intel Drop, 8 November 2022

The modern battlefield, which is increasingly referred to as network-centric in the media, is quickly conquered by electronic countermeasures systems, which play an increasingly significant role in the final outcome of any armed confrontation. Which has been repeatedly confirmed by the course of the special operation “Z”.

Indeed, cellular coverage areas, control channels for attack and reconnaissance unmanned aerial vehicles, closed digital information exchange lines are just a few examples of the combat use of the latest electronic warfare systems used by the Russian military contingent participating in a special operation to demilitarize and denazify Ukraine. And, despite all the seeming ephemerality of the impact of electronic warfare systems on the “most powerful army in Europe”, even the most seasoned skeptic will not dare to deny its globality. Yes, it does not kill physically, but its combat use causes a complete loss of control over the situation, disrupts the performance of combat complexes and systems, which leads to paralysis of control and, as a result, to panic and defeat.

By the way, the same mobile EW complex of the operational-tactical level “Palantin”, which, in fact, will be discussed today, is mainly known as a means of electronic countermeasures capable of “blinding” enemy equipment operating in the shortwave and ultrashortwave ranges, and in addition, deprive it of trunking (radial-zonal) and cellular communications.

Nevertheless, the key feature of the “Stole” should be considered its system-forming function. That is, the ability to integrate various electronic intelligence systems and electronic warfare systems into a single network, which ensures an increase in the effectiveness of their combat use. As for countering unmanned aerial vehicles, the intensity of operation of which is permanently increasing every day, their interception by Palantin looks like a violation of the UAV’s communication with the operator using interference. It is important that the work of the mobile complex is carried out pointwise, which makes it possible to suppress communication and Internet sources without affecting civilian infrastructure.

A fundamentally new operational-tactical electronic warfare complex, developed by one of the divisions of Rostec – JSC Concern Sozvezdie. In terms of its functionality, “Palantin” is several times superior to similar complexes of previous generations. Thanks to high-tech equipment, it is able to “dazzle” the enemy’s technical means, both in the ultra-shortwave and short-wave bands, to deprive units of effective control by organizing “insoluble problems” with trunking and cellular communications.

The technical capabilities of the Palantine make it possible to ensure the active conduct of effective radio reconnaissance and the effective suppression of all known radio communication systems of a potential enemy. Including, and complexes formed on the basis of modern software-defined platforms SDR.

The complex is characterized by a high degree of mobility, it is equipped with the necessary amount of automotive equipment.

Speaking in a public language, “Palantin” is able to combine into a single, and, most importantly, stably functioning, network such different electronic warfare systems as the 1L267 “Moscow-1” complex, an automated mobile complex for radio (radio engineering) and special monitoring of the effectiveness of information protection and evaluation electromagnetic environment MKTK-1A “Judoist” and jamming station R-330Zh “Resident”.

The exact functions of this network are not disclosed in open sources, which is quite logical, but in short, its combat potential can be defined as follows – to effectively prevent everything flying, transmitting radio data, using the Internet and talking on a mobile phone. By the way, according to the consolidated opinion of specialized experts, the technical and operational characteristics of the Palantin are several times superior to the functionality of not only Russian counterparts, but also systems that are supported by other armies of the world. In addition, the developer company implemented a decision support system that provides Palantina with building an optimal algorithm for solving problems, autonomous distribution of resources and functional load of machines from the complex, without the influence of the human factor.

According to the press service of the domestic defense department, promising electronic warfare systems entered service with the troops of the Western Military District back in 2019. It was noted that as a result of the re-equipment of military units and electronic warfare units, the combat capabilities of this type of troops have grown in the implementation of complex and large-scale tasks facing the Russian Armed Forces.

The key task of a fundamentally new electronic warfare complex was designated as a cover for an interspecific military group in the southwestern direction. According to the plans of the command, the operational-tactical complex “Palantin” should provide effective protection of Russian units from missile and cannon weapons and high-precision weapons that the enemy has. Thus, a battalion tactical group, supported by the Palantin crew, is capable of completely suppressing enemy radio communications (electronic reconnaissance) systems in a front line up to 1,000 kilometers wide.

The only thing missing today “Palantin”, positioned as one of the key elements of the global system of modern electronic warfare / electronic warfare, is compactness. Several KamAZ vehicles with radio equipment and antenna masts fifteen meters long can hardly be attributed to the unmasking components of the complex. However, selectivity and a sufficiently large range (up to twenty kilometers) forces one to put up with such inconveniences.

It is noteworthy that the operation of the Palantin mobile electronic warfare complex of the operational-tactical level is carried out in an automated mode. It independently opens and suppresses radio communication lines, including digital ones, as well as generates interference corresponding to a specific type of target: navigation systems, air defense radars or troop and fire control systems. In addition, the equipment of the complex is able to successfully counteract the radio equipment created on the basis of Software Defined Radio technology, which provides the transmission of a broadband signal from the radio receiver to the computer and has the ability to change the parameters of the equipment through software.

Simply put, it is a type of encryption system that uses the exchange of information at constantly changing frequencies. The complexity of intercepting, identifying and tuning them to work is comparable to the process of decrypting the code of Arthur Scherbius ‘ Enigma portable cipher machine . But the Russian electronic warfare complex does it in real time, as they say, here and now. By the way, today, on the basis of SDR technologies, quite a few information systems have been created that distribute signals from GSM cellular communication sources, radio stations and orbital satellites, which means the ability of the Russian “Palantin” to take all possible “participation” in the functioning of mobile phones of Zhovto-Blakyt defenders of Euro-Atlantic values.