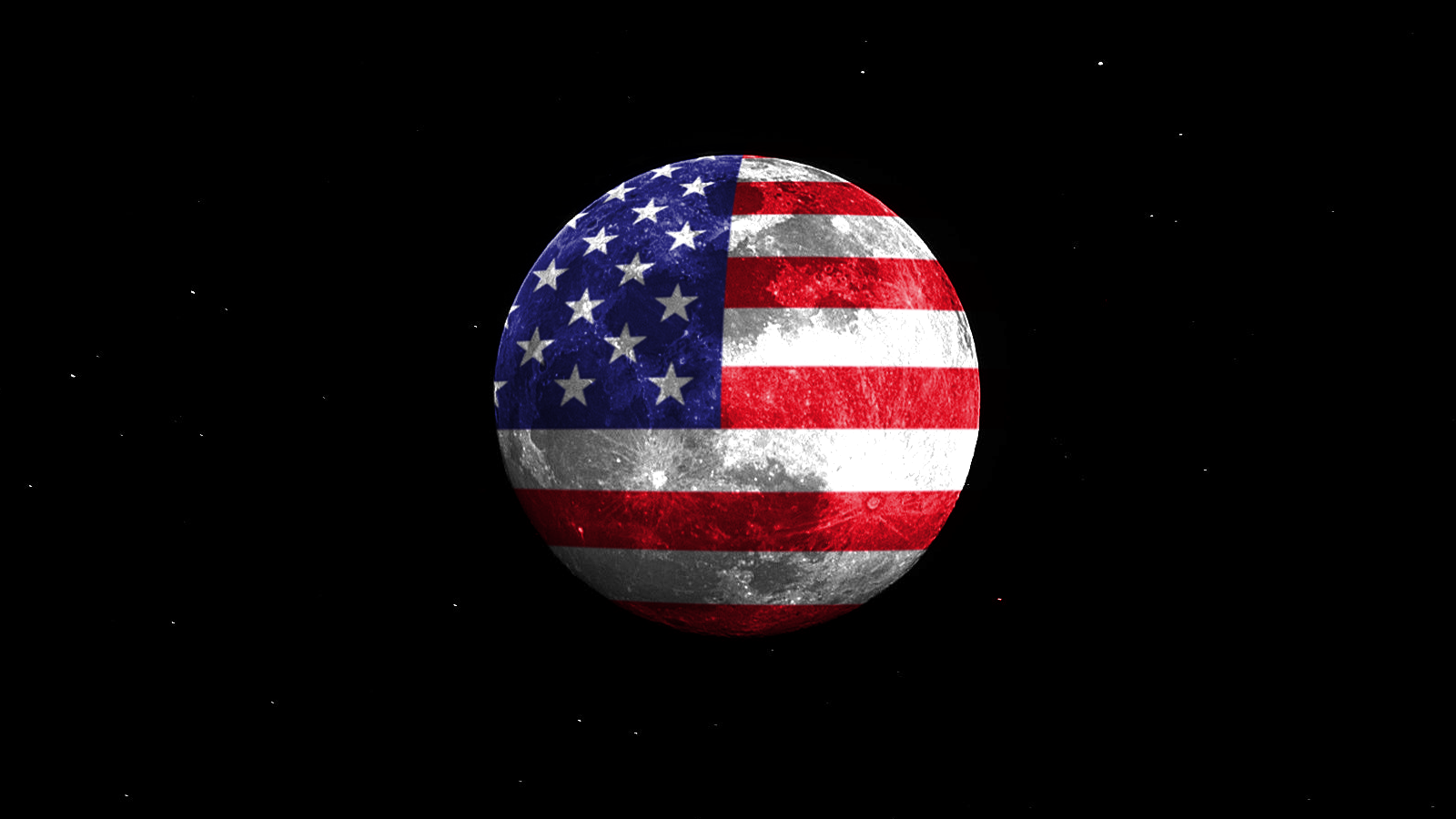 Once firmly stuck in the realm of science fiction, the idea of moon bases and manned missions to Mars is closer than ever before. In the op-ed below, national security expert Joshua Huminski says the US needs to turn its attention back to the Earth’s lunar sibling before America’s rivals lace of up their own moon boots.

Right now, NASA and commercial space is racing ahead to secure America’s position in cis-lunar and lunar spaces, with a view to reaching beyond to Mars. These are heady and exciting times.

NASA’s Commercial Lunar Payload Services (CLPS) program could well see regular flights to the moon within the next several years. While these will be un-crewed at first, the future goal is, of course, crewed missions to the moon. If we can get cis-lunar and lunar activity right, it’s a jumping off point to Mars and beyond.

While this sounds like speculative (or science) fiction, the pathways and programs for this activity are being lain now. Getting the policies and programs right, right now, will help build a highway of sorts to these critical orbits and our nearest celestial body. But it’s going to require the military, and specifically the Space Force, to get a better understanding of what’s going on around the moon — including what America’s adversaries are up to. It’s also going to require the White House to more closely coordinate lunar-related activity between the military and civilian entities and industry interests.

When viewed in a—pardon the pun—a vacuum these developments are exciting and awe-inspiring. How can one not become excited at the prospect of Artemis’ first test mission and eventual crewed missions? Or about SpaceX’s massive Starship launching from Cape Canaveral, to be followed by Blue Origin’s New Glenn?

Yet the only vacuum in which these developments are occurring is in space. The United States is not alone in seeking to access cis-lunar and lunar space. China, too, aims to dominate these orbital domains and its laying its own foundation for expansion to the moon. In the Fall of 2021, a Chinese mission, Chang’e 5, started to reposition itself to gravitationally stable position in lunar orbit after having deployed its lunar payload in 2019—itself an impressive achievement for Beijing, which saw it place a relay probe on the far-side of the moon to relay signals back to earth.

What’s striking, as the authors of a recent War on the Rocks piece note, is that were it not for a dedicated band of amateur astronomers, we would likely not have known what Beijing was doing. We simply aren’t paying attention to what’s happening around the moon and unless we get a handle on it now, we risk ceding the initiative to Beijing at a time when it is in the early days of becoming increasingly congested, competitive, and contested.

China’s pursuit of activity in lunar space drives two parallel but deeply interrelated concerns that should be on the desk of Lt. Gen. B. Chance Saltzman, the newly installed Chief of Space Operations for the Space Force. First, as evidenced by the government’s apparent lack of lunar situational awareness, the Space Force needs to start laying the intelligence, surveillance and reconnaissance networks for space situational awareness in cis-lunar and lunar space.

The United States can’t respond to what China does around the moon if it has no idea what Beijing is doing out in these orbits. The vast majority of our assets in geo-stationary orbit are looking at earth, and why shouldn’t they? Yet, that mentality is no longer sufficient. We cannot afford strategic surprise from orbits beyond geo-stationary simply because we aren’t looking at what’s happening out there.

The Space Force and the broader research and development ecosystem are undertaking efforts to correct this. Numerous preliminary contracts are current under way to explore how to gain insight into what space start-up Rhea Space Activity terms “lunar intelligence”, or LUNINT—situational awareness in cislunar space and around the moon. Transitioning these concepts and experiments to actual capabilities will not be an easy feat.  As with other acquisitions challenges, this bridging the valley of death in government programs which is challenging enough overcoming when the problems are terrestrial in nature, let alone around the moon.

Getting this lunar intelligence, surveillance, and reconnaissance right also requires the getting the second inter-related factor right: wholly integrating commercial, civil and military space into one coherent activity in cis-lunar and lunar space.

Until there is a sustained and independent commercial ecosystem in this space — far off in the future, to be sure—the three entities will likely leverage and rely on each other to operate around the moon. Coordinating efforts, leveraging resources, and maximizing the strengths of each will lead to a significant comparative advantage for the United States around the moon. This necessitates thinking through what the United States wants to do or achieve on and around the moon, and wrangling these competing interests is something that the National Space Council should undertake today.

In the near-term, the strategic considerations of the lunar environment will likely be limited to the boffins of the Air and Space Force, and the ecosystem of interested experts. Yet, developing these strategic concepts and doctrines today will help inform acquisition and programmatic policy — always the long-pole in the governmental policy tent. Explicitly stated, the US must determine how the Space Force will leverage the strategic lunar and cislunar domain and what capabilities can be delivered now to orbits that secure the cislunar high ground and still benefit existing Space Force assets.

It is possible that some of this is contained in the classified strategic space review, but so long as it remains classified, it will remain difficult coordinating the panoply of interests in and around lunar space. At the same time, while the moon is not wholly the Wild West of space, the lack of norms of behavior opens an opportunity to craft standards that advance American and allied interests in these domains.

The future has a way of creeping up, and right now America is facing the rapid creep of humanity in space and around the moon. Fanciful though it may sound, we’re very close to returning to the moon and, hopefully, not just returning frequently but staying there for the long haul. But along with that bold step out beyond our world will come strategic questions the US must see coming, even from 240,000 miles away.