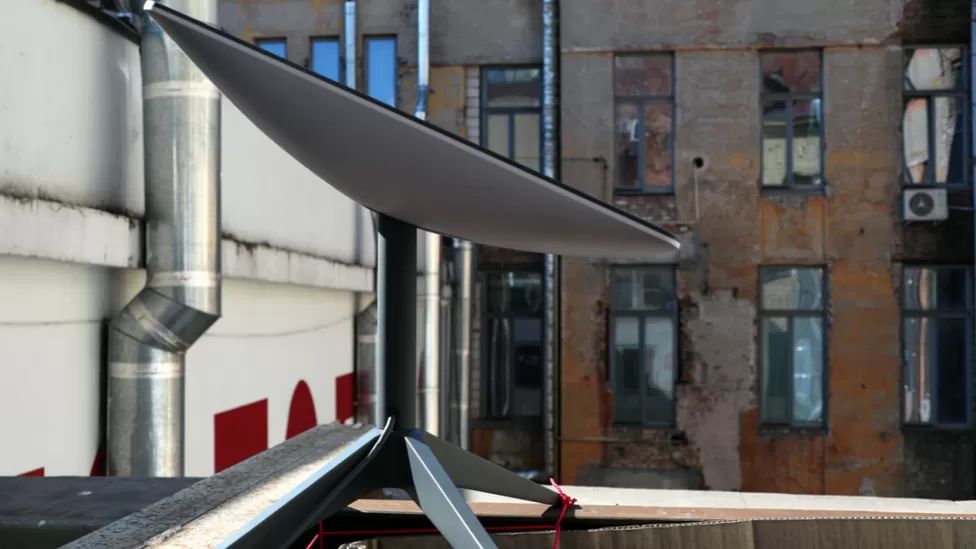 WASHINGTON — The U.S. said it will send Ukraine satellite communications antennas that can work without Elon Musk’s Starlink network to assist the battered country in its fight against Russia.

The four antennas, to be taken from the Department of Defense’s own shelves, were included in a $275 million aid package announced Oct. 28. It’s the Biden administration’s twenty-fourth drawdown of equipment for Ukraine since August 2021.

“These SATCOMs are not intended to serve as a substitute for a service like Starlink,” she said during a Pentagon briefing. “They help increase communication efforts on the battlefield.”

Russian forces harassed Ukrainian lines of communication before the Feb. 24 invasion and have stepped up attacks on the country’s infrastructure to undermine its ability to launch counteroffensives. The telecommunications and security sectors are prime targets for Russian attacks, according to officials in Washington and Kyiv.

“We’re seeing Ukrainian infrastructure and electrical grids being targeted by the Russians,” Singh said, “and these antennas provide an additional capability on the ground at a critical time when Ukraine’s infrastructure is being hit.”

The SATCOM antennas are not associated with Starlink, a satellite constellation operated by Musk’s SpaceX and used by the Ukrainian military. The Starlink arrangement of more than 2,200 low-orbiting satellites has provided broadband internet to more than 150,000 Ukrainian ground stations, serving as a lifeline as other systems are damaged or demolished, Defense News reported.

Musk, a billionaire, at one point announced that SpaceX could no longer afford to provide Starlink service to Ukraine, but later reversed course, saying the funding would continue.

Singh on Friday said the equipment would augment Ukrainian connectivity and is “separate from what Starlink provides.”

“Now, antennas can work with different types of satellites, so it’s not just that they could work with Starlink,” Singh said. “While the Ukrainians do have access to the Starlink capabilities, having additional SATCOM capabilities on the ground is certainly” helpful to them.

Washington has promised Ukraine more than $20.3 billion in security assistance since 2014, including some $18 billion since late February. Equipment and other assets the U.S. has committed include Javelin anti-armor systems, drones, electronic jamming kit, radars and hardened communications equipment.

The Defense Department in June said it would dispatch thousands of secure radios to the frontlines in Eastern Europe, but declined to specify models or manufacturers.