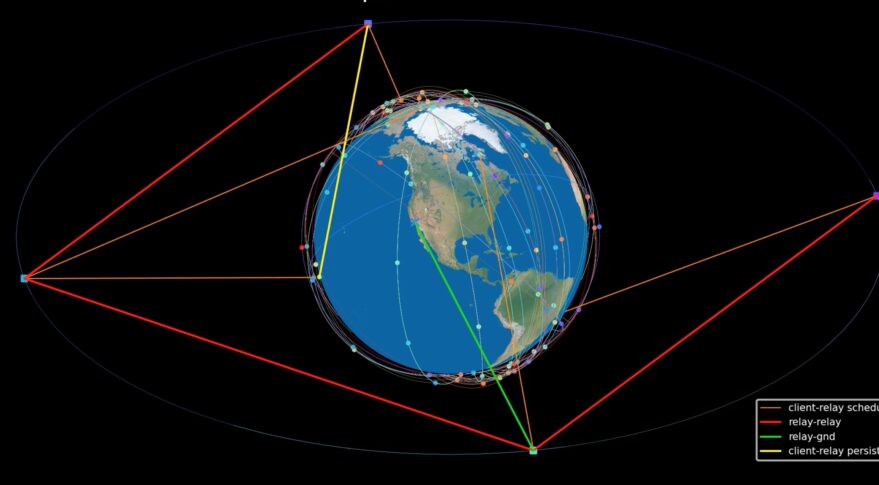 SAN FRANCISCO – Barring last-minute offers from potential buyers or investors, SpaceLink, a startup developing a space-relay constellation, will wind down its operations.

Australia’s Electro Optic Systems Holdings Ltd., SpaceLink’s parent company, revealed plans in September to focus on its core defense and space business, and seek outside investment to support SpaceLink. In the current economic environment with rising interest rates and declines in many space stocks, SpaceLink has been unable to attract new investors.

“We had a great team and great technology, but unfortunately we didn’t have a lot of a lot of runway from the parent company, who is having their own financial difficulties,” SpaceLink CEO Dave Bettinger told SpaceNews.

EOS, which acquired Silicon Valley startup Audacy, established SpaceLink in 2020 to develop a constellation of communications satellites in medium-Earth orbit to relay data between the ground and low-Earth orbit.

Future demand is likely to strong for this type of constellation, but setting it up requires significant upfront investment.

SpaceLink would need approximately $70 million in the near term to complete its contracts with satellite vendors, make down payments on launches and purchase long-lead items. In all, about $250 million would be required to complete the SpaceLink constellation. If that investment were made, SpaceLink expects to generate revenues of $150 million a year.

“There’s no question that the market is there and that the need is there,” said Tony Colucci, SpaceLink chief strategy and commercial officer. “Five years from now, there will be a commercial service moving data for remote sensing, moving data for human spaceflight, etc.”

There still may be time for a buyer could scoop up SpaceLink’s assets.

“We would certainly like to be able to talk to any serious investor that shares our vision of carrying this program on,” Bettinger said.

SpaceLink possesses satellite communications spectrum, “a fully baked architecture and design that’s ready to go,” Bettinger said. “We have contracts that have been negotiated with all the major system-level component providers. And we have some customer contracts. The real value is in the team that we had brought together.”

In addition to growing commercial demand, government agencies are likely to become major customers for commercial data-relay services. NASA, for example, plans to rely on commercial services instead up replacing its Tracking and Data Relay Satellite constellation.

SpaceLink won a $190,000 NASA contract for a data-relay study. The company also has worked with Parsons and the Defense Advanced Research Projects Agency and the U.S. Army to begin preparing to relay military data.