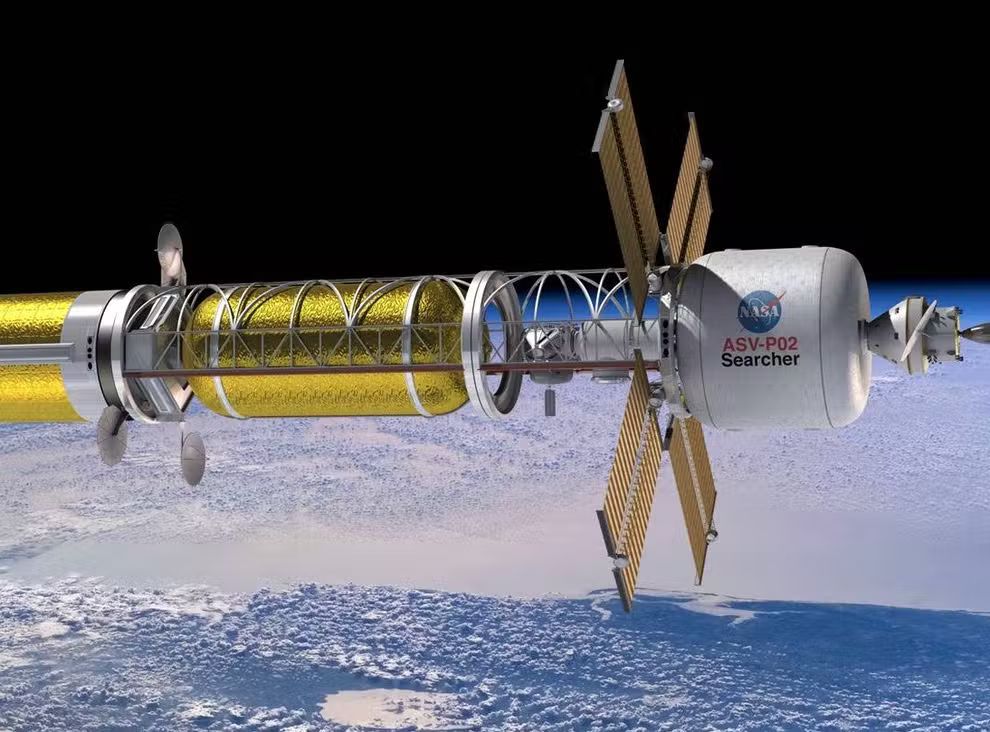 By John Kelvey,
Published by The Independent, 20 May 2022

The US military has awarded two contracts for the development of nuclear space propulsion, with a goal to see orbital prototypes fly by 2027.

The Defense Innovation Unit of the Pentagon, which works to apply commercial technologies to military problems, awarded the contracts to Avalanche Energy and Ultra Safe Nuclear, both of Seattle Washington.

They will provide “solutions that give small spacecraft the ability to maneuver at-will in cis-lunar space and enable high-power payloads that will support the expansion of Department of Defense (DoD) space missions,” according to a statement. The term “cis-lunar” refers to the space between Earth and the Moon and the Moon’s orbit.

“Advanced nuclear technologies will provide the speed, power, and responsiveness to maintain an operational advantage in space,” US Air Force Maj Ryan Weed, the program manager for the Pentagon’s Nuclear Advanced Propulsion and Power, said in the statement.

“Nuclear tech has traditionally been government-developed and operated, but we have discovered a thriving ecosystem of commercial companies, including start-ups, innovating in space nuclear.”

Ultra Safe Nuclear is researching a next generation form of radioisotope battery, which uses the decay of radioactive isotopes, such as americium-241 , or plutonium-238, to generate electricity.

Similar technologies have provided the electricity for Nasa missions into deep space, such as the Voyager, Cassini, and New Horizons spacecraft. The statement says Ultra Safe Nuclear’s technology could yield 10 times the power of existing radioisotope systems.

Avalanche energy, meanwhile, is developing a compact fusion reactor it calls the Orbitron.

Fusion is the same thermonuclear reaction that takes place in the Sun, where hydrogen atoms are squeezed together under tremendous pressure to form helium atoms. This releases more energy than nuclear fission, a chain reaction splitting the large atoms of heavy elements such as uranium, and which powers existing nuclear power plants on Earth.

The Avalanche Energy notes on its website that most fusion reactor research has so far relied on massive machinery and that no designs to date have produced more energy than they consume.

If successful with their prototype, either the Avalanche Energy Orbitron or Ultra Safe Nuclear radioisotope battery could power a nuclear electric spacecraft. Such a spacecraft would use thruster technology similar to existing satellites, where electricity is used to accelerate charged propellant particles out of the thruster to generate thrust.

Thrusters generate lower thrust very efficiently, and so can allow a spacecraft to build to very high velocities over time while using much less propellant than chemical rockets.

Using nuclear rather than solar or other power sources can allow thrusters to operate more efficiently, for longer, and in the absence of abundant sunlight.

The Orbitron could also serve as the basis of a nuclear thermal spacecraft. Instead of just generating electricity, the nuclear reactor of such a spacecraft generates thrust by heating a liquid propellant, such as liquid hydrogen, which then exits the engine, producing the same high thrust, but twice as efficiently, as chemical rockets.

It’s not just the US military that’s interested in nuclear propulsion systems. In 2021, Nasa, in partnership with the US Department of Energy, awarded contracts to several companies — including Ultra Safe Nuclear Technologies — to research nuclear propulsion technologies.

With plans to send humans to Mars in the 2040s, Nasa is interested in finding ways to cut down the travel time for Mars astronauts, and nuclear propulsion could cut a three year round trip mission down to close to two years.

“We’re exploring both nuclear electric and nuclear thermal propulsion options for crewed Mars missions,” Nasa’s nuclear technology portfolio lead in the space technology directorate Anthony Calomino said in a statement. “Each technology has its unique advantages and challenges that need to be carefully considered when determining the final preference.”