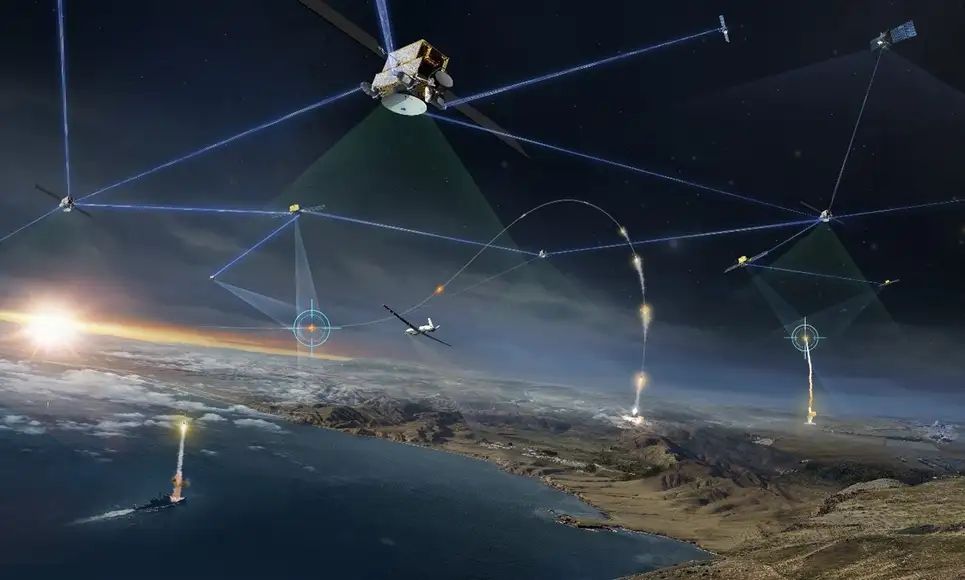 The DARPA-led project aims to build a constellation of military satellites in low Earth orbit.

Two satellites recently exchanged more than 200 gigabits of data over a distance of about 60 miles (100 kilometers) using laser communication in space. The achievement sets the stage for yet another satellite constellation.

Satellites generally don’t communicate directly with each other. Instead, they use radio signals to transfer data down to a ground station on Earth, which then relays this data to another satellite. Optical terminals between satellites are considered to be faster and more secure.

CACI International—the company that developed the optical terminals for the space lasers—announced the achievement on Tuesday in a press release. The two satellites, named Able and Baker, were launched last summer by the U.S. Defense Advanced Research Projects Agency as part of its Blackjack project. DARPA is seeking to build a constellation of small satellites in low Earth orbit for the purpose of supporting military operations.

The two satellites successfully pulled off the 40-minute laser communications experiment on April 14, during which time Able and Baker used CACI’s CrossBeam free-space optical terminals. Infrared lasers transmit data by encoding the message into an optical signal, which is then carried to a receiver.

The experiment, known as Mandrake 2, was funded by the Space Development Agency (SDA) and the Air Force Research Laboratory. Mandrake 2 launched on June 30, 2021 as an early risk-reduction flight for DARPA’s Blackjack constellation project. The Blackjack constellation aims to deploy an initial batch of 20 small satellites in low Earth orbit, which will connect with each other to form a mesh network in space.

The idea is not to rival commercial satellite constellations such as SpaceX’s Starlink, but rather to have a government-owned constellation that the military can use to connect to its bases, sensors, and weapons across the world.

The SDA is planning to launch the 20 satellites this fall and then launch an additional 126 satellites by 2024, according to SpaceNews. The agency is seeking to create a full constellation that would include somewhere between 300 and 500 satellites in low Earth orbit. The satellites are being developed by Lockheed Martin, Northrop Grumman, and York Space.

With the potential launch of the military’s satellites, as well as a terrifying plan by SpaceX to launch a total of 42,000 satellites as part of its Starlink constellation, things seem to be getting a little cramped in low Earth orbit. Astronomers have expressed concerns that satellite megaconstellations will hamper their ability to observe the skies.