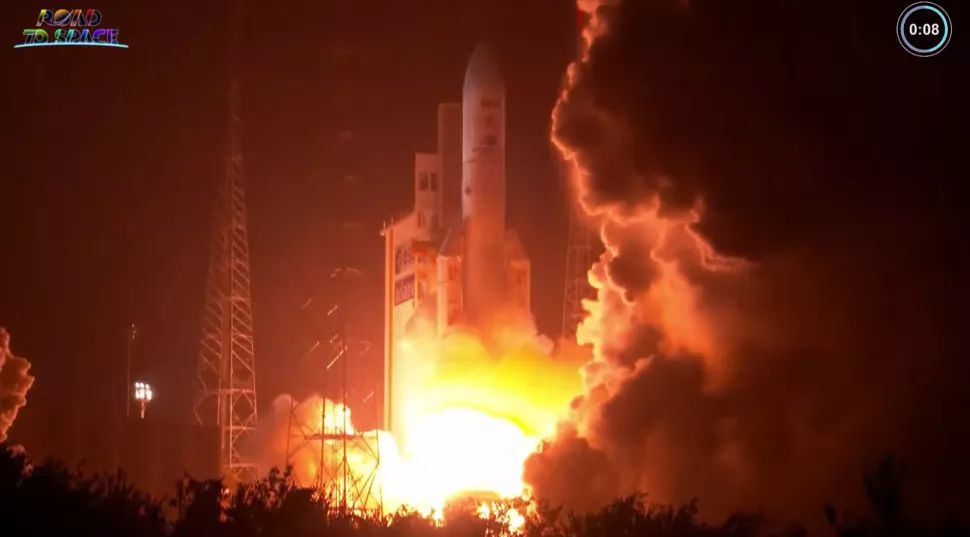 If the environment was your priority, which rocket would you choose?

When it comes to their environmental impacts, not all rocket fuels are equal. Which are the industry’s ‘dirty secrets’ and which technologies might satisfy even Greta Thunberg?

Here’s a look at commonly used rocket propellants and their impact on the environment. The research is limited and experts caution that not enough data has been gathered to precisely assess the impacts of various types of rocket propellants and rocket engines on the climate and the environment. So keep that in mind in our rocket fuel analysis below.

The good thing about UDMH, short for Unsymmetrical Dimethylhydrazine, is that in the west it’s only used in those parts of space systems that don’t come in contact with Earth. This fuel, dubbed Devil’s venom by Soviet scientists, is responsible for turning a vast area of a Kazakh steppe into an ecological disaster zone, according to a report by the United Nations Development Program cited in a comprehensive review of the environmental impacts of space launches published in the Journal of Cleaner Production last year.

Highly carcinogenic for humans, UDMH spills from first and second stages of Russia’s popular Proton rockets as they fall from the altitude of 25 and 60 miles (40 and 100 kilometers) respectively. Since 1965, Proton has successfully launched hundreds of government and commercial satellites. As a side effect, it soaked the Kazakh soil in poison. Very little has been published about the environmental impacts, but scientists believe that UDMH and the byproducts of its transformation can stay in the soil for decades, the review stated.

“In Western countries, this kind of propellant is only used for satellite propulsion and for the very upper stages where it doesn’t come in contact with the atmosphere,” Filippo Maggi, associate professor of aerospace engineering at Politecnico di Milano, Italy, who studies rocket propulsion technologies, told Space.com. “There are advantages to UDMH. It doesn’t need a source of ignition, you can store it in ambient temperature and it provides a lot of energy.”

Still, Maggi added, researchers are looking for possible replacements for the toxic UDMH even in those less risky technologies.

Russia said in 2018 that it would discontinue the production of Proton and replace the launcher with a new rocket called Angara, which uses Rocket Propellent 1 (RP-1), a refined version of aviation fuel kerosene.

Solid rocket motors (SRMs) help many heavy-lift rockets off the ground. Most well known are possibly the solid rocket boosters of NASA’s space shuttles, which burned a mixture of aluminum and ammonia, and were not exactly an environmental win.

Some rather strange occurrences were reported after space shuttle launches. The massive cloud generated during liftoff contained rather reactive chemicals such as hydrochloric acid and aluminum oxide. These substances got mixed up with water from the deluge system that cooled down the launch pad and the rocket. This cloud then spread in the surrounding environment, affecting soil and water quality, and damaging vegetation, according to the review.

After several space shuttle launches, large amounts of dead fish were found in nearby water bodies, a study cited in the review reported. Scientists then experimented with open, closed and partially closed buckets with water that were left near the launch site during liftoff. They found that as stuff from the space shuttle cloud rained into the buckets, the water inside turned into a mild acid. Fortunately, in nature, the water PH quickly returned to normal (although not quickly enough for the dead fish).

In the 1990s, scientists flew high-altitude planes through the space shuttle exhaust plumes. They wanted to know what the chlorine from the exhaust did to the ozone layer. They indeed found local ozone holes in the rocket’s wake, David Fahey, the director of the Chemical Sciences Laboratory at the National Oceanic and Atmospheric Administration, who led the research, told Space.com in an earlier interview. But the holes healed quickly after each launch and were not large enough to affect the ozone layer globally. At least not at the frequency of launches at that time.

But there are still other components of the SRM exhaust that scientists still don’t fully understand and are concerned about. The aluminum oxide from the exhaust forms particles that might reflect sunlight and thus change how much heat reaches Earth’s surface. These particles get injected into the otherwise pristine upper layers of Earth’s atmosphere, the stratosphere and the mesosphere, and potentially trigger temperature changes.

Martin Ross, of the U.S. Aerospace Corporation, a leading expert on atmospheric effects of rocket launches, who was part of the ozone-measuring campaign in the 1990s, told Space.com that the team did measure aluminum oxide particles at that time but did not focus on how much they scatter or absorb light. At that time, the scientists were interested in the particles’ contribution to ozone depletion.

The space shuttle may long be retired but SRMs are still in use, helping off the ground Europe’s Ariane 5 as well as the upcoming Ariane 6 rocket, which are using liquid oxygen and liquid hydrogen as their main fuel. NASA will use longer versions of these polluting boosters to help propel its new Space Launch System megarocket for the upcoming Artemis moon missions.

Hybrid rocket engines: the not so clean newcomer

Hybrid rocket engines burn solid fuel with liquid or gaseous oxidizer. Most famously, this technology is used by Virgin Galactic in their suborbital  SpaceShipTwo space planes, which take tourists for short flights to the edge of space and back.

These engines are relatively simple and safe to operate, but scientists are not impressed with their environmental side effects.

“Hybrid engines can use different types of fuels, but they always generate a lot of soot,” said Maggi. “These engines work like a candle, and their burning process creates conditions that are favorable for soot generation.”

“We were able to measure the particle output from solid rocket motors,” Maggi said. “These are about a micron in size, and there [are] a lot of them. But because they are large, they fall to the ground more quickly. In hybrid rocket engines, we were not able to collect the soot from the plume because it’s extremely fine, a few nanometers in size.”

Rocket Propellant 1 (RP-1) is a popular type of rocket fuel similar to aviation fuel kerosene. Stable at room temperature and not too explosive, kerosene provides enough energy to lift rockets off the ground even without the help of additional solid rocket boosters.

Just like hybrid rocket engines, RP-1 fueled rockets produce soot. Martin Ross cautioned that the amount of pollution released might not depend just on the fuel but also the construction of the engine itself. To say which rockets are dirtier than others is therefore currently impossible.

“Even for the same propellant, rocket engines with a different combustion cycle will have different amounts of black carbon emissions,” Ross said.

RP-1 fueled engines also produce carbon dioxide, a greenhouse gas responsible for human-induced climate change. Scientists are, however, currently not concerned about the effects of the carbon dioxide emitted by rockets. That’s simply because all other sources of greenhouse gases dwarf the overall contribution of global spaceflight.

According to Martin Ross, the amount of fossil fuels burnt by the space industry is only about 1% of that burned by aviation.

Liquid oxygen/Liquid hydrogen: Green but weak fuel that can’t do it on its own

From the perspective of the environment, it can hardly get better than liquid oxygen/liquid hydrogen (LOx/LH2). This fuel’s exhaust is almost entirely made of water vapour, the effects of which in the atmosphere have been extensively studied. The impacts? Zero, Martin Ross said. Even Greta would approve.

While LOx/LH2 is rather explosive, this problem can be solved with careful handling. It also has low energy density — to lift a rocket off the ground using just LOx/LH2 would require enormous tanks. That’s why large rockets such as ESA’s Ariane 5 and 6 and NASA’s SLS have additional solid boosters to overcome the initial pull of Earth’s gravity. Smaller rockets, such as Blue Origin‘s suborbital New Shepard, can run just on LOx/LH2.

The space shuttle’s three main RS-25 engines used to run on LOx/LH2, which was supplied from a giant external tank that was dropped when empty and disintegrated in the atmosphere.

“Water vapor emissions, that’s the one area of rocket emissions that is very well known,” Ross said. “We have done modelling studies in 2017 that looked at the water vapor emissions at all the different altitudes as the launch vehicle goes up through the atmosphere. We found that the net effect is very very small.”

The small effect, however, might be noticeable to observers on the ground. Space shuttle launches frequently triggered formation of spectacular mesospheric clouds. These clouds that can occasionally form in the mesosphere, the otherwise dry layer of the atmosphere at 31 to 53 miles (50 to 85 kilometers) of altitude, glow at night as the sun, already hidden below the observer’s horizon, still illuminates them.

Methane: A promising fuel that can leak on the ground

Methane-based rocket propellant is an upcoming technology that might in the future help the spaceflight industry to wean itself off the more polluting SRMs, Maggi said. Methane is a potent greenhouse gas. But it burns more cleanly than RP-1 and provides more energy than LOx/LH2, according to Maggi.

“Methane might soon replace hydrogen in launchers,” said Maggi. “Liquid methane and liquid hydrogen can provide high thrust in a launcher that is still relatively compact.”

Despite being a very potent greenhouse gas, methane as a rocket fuel also seems to be quite environmentally friendly because of its burning efficiency.

“If you produce a good propulsion unit, the efficiency of that unit can be as high as 99.5%,” said Maggi. “That means that the residues of methane would be basically zero. You might have some carbon monoxide released instead of carbon dioxide. But that would be very little.”

“That’s an expectation, again, based on general principles,” Ross said. “We do need to actually get up there and measure the emission indexes as the rocket flies to have a complete understanding of all these problems.”

Some studies, however, point out that methane, frequently transported in the form of gas, might leak into the atmosphere from gas pipes. 80 times more warming than carbon dioxide, the leaked gas then accelerates the climate change.

SpaceX’s superheavy rocket Starship burns liquid methane in its Raptor engines and so does an experimental engine called Prometheus, which is currently being developed by the European Space Agency.

— Air pollution from reentering megaconstellation satellites could cause ozone hole 2.0

Several rocket start-ups are experimenting with sustainable alternatives to RP-1 made from waste products or biomass. All of these technologies are in their early stages and so far, we only have the word of the proponents to gauge the merits.

U.K. company Orbex that builds a 3D-printed micro-launcher Prime that runs on biopropane recently commissioned a study that found that the technology might produce 86% less emissions compared to a similar-sized RP-1 fuelled rocket. Most of these reductions come from the negative carbon footprint of the fuel production rather than by the rocket emitting considerably less. Interestingly enough, the study concluded that the biopropane-fueled Prime should produce much less soot than rockets burning RP-1. Soot particles, unlike carbon dioxide emissions, do worry scientists because of their possible effects on the temperature of the higher layers of the atmosphere.

Another U.K. rocket startup, Skyrora, experiments with an alternative to RP-1 called Ecosene, made from non-recyclable plastics. The company, too, says that burning this fuel would produce less emissions, up to 40%, including carbon dioxide, carbon monoxide, soot and sulfur.