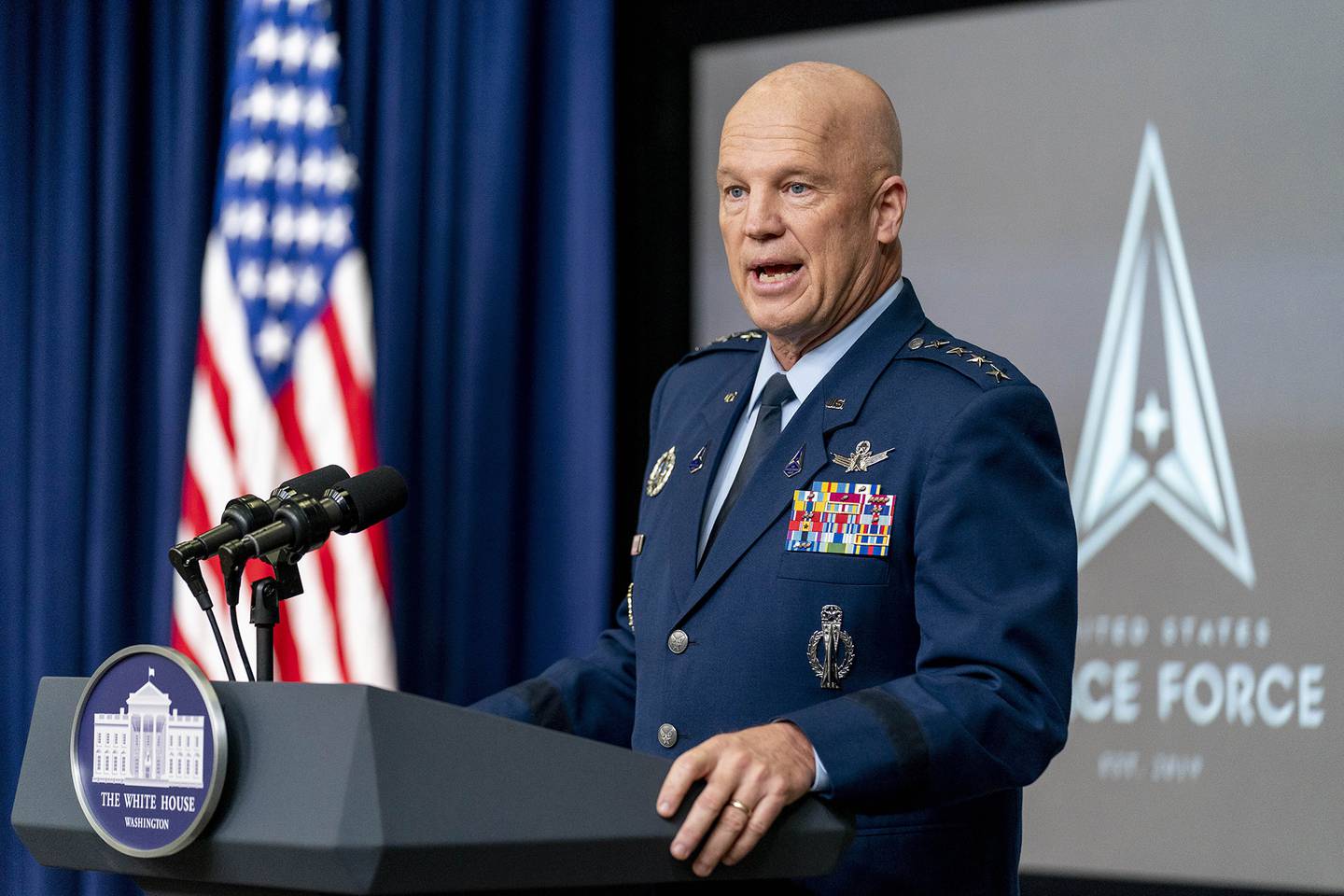 WASHINGTON — The U.S. Space Force asked Congress Friday for $17.4 billion in its 2022 budget request, a bold 13 percent increase for the smallest service when overall military spending is expected to be nearly flat.

The $2 billion increase is driven by both additional proposed investments in capabilities and the transfer of space-related funding from the other services to the Space Force — ostensibly beginning the long-awaited consolidation of space programs within the new service. The budget would invest in space launch vehicles and GPS and missile defense satellites for the domain that’s increasingly important to future conflicts and joint war fighting.

The Space Force budget remains small compared to the other services, representing just 2.4 percent of the Department of Defense’s $715 billion proposed budget. However, the fact that the Pentagon wants to provide more financial resources to the nascent service even as the U.S. Army budget is set to shrink by 2.3 percent to $173 billion demonstrates the growing priority of military space capabilities to DoD leadership.

While the fiscal 2022 budget proposal continues the transfer of U.S. Air Force programs and funding to the Space Force that began in the 2021 budget, it also includes the first transfers of U.S. Army and Navy satellite communications infrastructure to the new service. The Space Force will take over the U.S. Army and Navy’s Global Command, Control, Communication, Intelligence (C3I) and Early Warning infrastructure and personnel to the tune of $143 million. Global C3I and Early Warning includes the survivable satellite communications systems needed to connect the nation’s ballistic missile early warning capabilities and coordinate offensive strikes.

Major drivers of the budget include $686 million for the procurement of two GPS III Follow-On satellites (the same number as last year), $1.3 billion for the purchase of five national security space launch vehicles (three more vehicles than last year and $341 million more), and $132 million extra for Next Generation Overhead Persistent Infrared to keep the program on track for an initial launch capability of the first polar satellite in 2028. The service also requested $3.4 billion for operations and maintenance, $11.3 billion for research, development, test and evaluation, and $2.8 million for procurement.

At an organization level, the budget request provides $20 million to establish a National Space Intelligence Center and $43.2 million to establish the Space Warfighting Analysis Center, which will help generate operational concepts and force designs options for the Department of Defense. According to the Space Force, SWAC has already completed an initial force design for the joint missile warning/missile tracking enterprise through cooperation with the Missile Defense Agency, Space Development Agency and National Reconnaissance Office. The budget request also includes $347 million to maintain and modernize its facilities and transfer facility operations support.

The decision on whether to fund the Space Force at the requested amount lies in the hands of Congress, which will spend the coming months working through the lengthy budget process. Notably, House Armed Services Committee ranking member Rep. Mike Rogers, R-Ala, told Defense News in February that the nascent service would have no issue securing funding from Congress.

Rogers said the Space Force “has very unanimous support in the House Armed Services Committee and overwhelming support in the Senate Armed Services Committee. As long as it’s got congressional support, we’re going to be fine.” He also said that declassifying more of what the Space Force does and the threats it’s up against would help lawmakers convince the public the young service needs more support.

When it created the Space Force in 2019, Congress gave the service just $40 million for fiscal 2020 to begin setting up — $32.4 million less than requested. Then-Secretary of the Air Force Barbara Barrett said at the time that the discrepancy wouldn’t be a huge problem, noting that the Space Force wouldn’t need the full funding requested since approval came almost a quarter of the way through the fiscal year.

If $40 million dollars doesn’t sound like enough to fund the nation’s massive space enterprise, that’s because it’s not. In fiscal 2020, the portfolio now overseen by the Space Force was funded under the U.S. Air Force’s budget.

For fiscal 2021, the Air Force passed its space portfolio over to the new Space Force, with the new service requesting $15.4 billion in its first budget request. According to the Air Force’s calculations, that’s $800 million more than the $14.6 billion the Air Force requested for the same portfolio in fiscal 2020.

The head of the Space and Missile Systems Center said in November 2020 that he expected the Space Force’s budget to grow in the coming years, building on the nation’s increased investment in national security space that began when the Pentagon declared space a war-fighting domain in 2019.

“If you thought space was going to be a priority in a kind of one-and-done way, that’s not clearly what’s been happening, right?” said Lt. Gen. John Thompson during the Schriever Space Futures Forum. “So three years in a row budgets have gone to the Hill with foundational changes to the space budget.”

That reflects a consensus among DoD leaders that there needs to be more investment in the military’s space capabilities, Thompson said.

“During the cycle the Deputy’s Management Action Group, [or DMAG] … the folks that advise the secretary of defense on investment, continued to label space as one of the big strategic areas that DoD needs to address,” Thompson explained. “The DMAG and many other DoD leaders are clearly sending a message that across the [Future Years Defense Program], the importance of the space enterprise is growing and needs to grow further.”