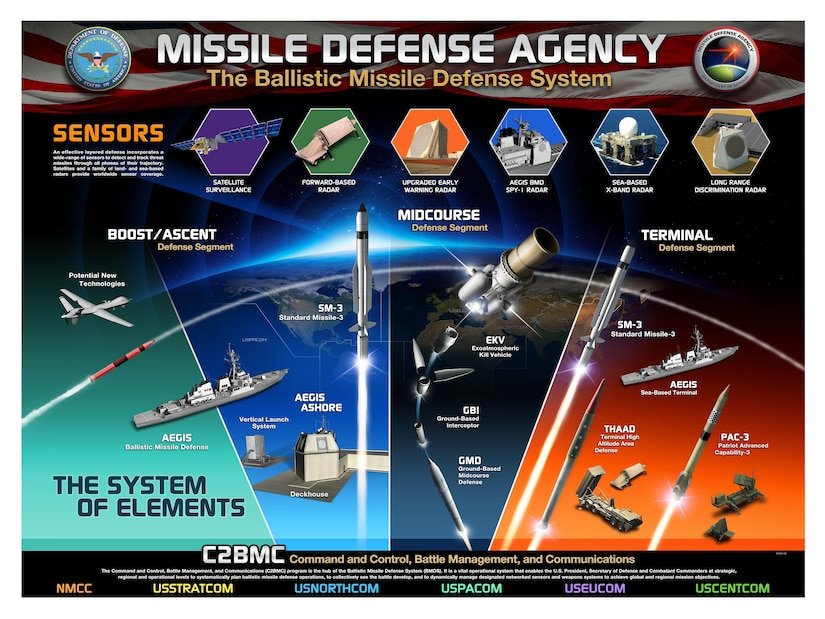 Washington DC (UPI) – The Missile Defense Agency did not meet 2020 goals, with only 62% of deliveries and 22% of interceptor missile tests completed, a report on Wednesday said.

While the Government Accountability Office noted that MDA “made progress” toward on individual systems of the Ballistic Missile Defense System, the agency “did not complete its overall planned deliveries or annual testing,” according to the report.

GAO cited the successful delivery of 82 missile interceptors, although 132 were planned, including the Ground-based Midcourse Defense program scheduled for 2018.

It added that two flight tests, of nine tests planned in 2020, were completed — though neither was successful.

The MDA, an element of the Defense Department founded in 2002, is responsible for developing a layered defense against ballistic missiles, using land, sea and air assets around the world in a complex network.

It was charged to organize a defense against potential hypersonic missile attacks in 2020, and has a budget request of $45 billion through Fiscal Year 2024, according to GAO.

The agency had requested $9.13 billion, a $1.27 billion decrease from last year’s budget, but also submitted a list of unfunded requirements that totaled nearly $1 billion.

The GAO report on Wednesday acknowledged that the MDA’s mission was slowed in 2020 by disruptions caused by the COVID-19 pandemic.

It noted, however, that the MDA conducted only two flight tests, each unsuccessful. There was, however significant data collected, and while three ground tests of missiles were successful, two more planned tests were delayed until 2021.

MDA plans to assess its cybersecurity requirements were cancelled in 2020, “despite failing to meet annual operational cybersecurity assessments since 2017,” the report added, although it did not include recommendations or corrections.