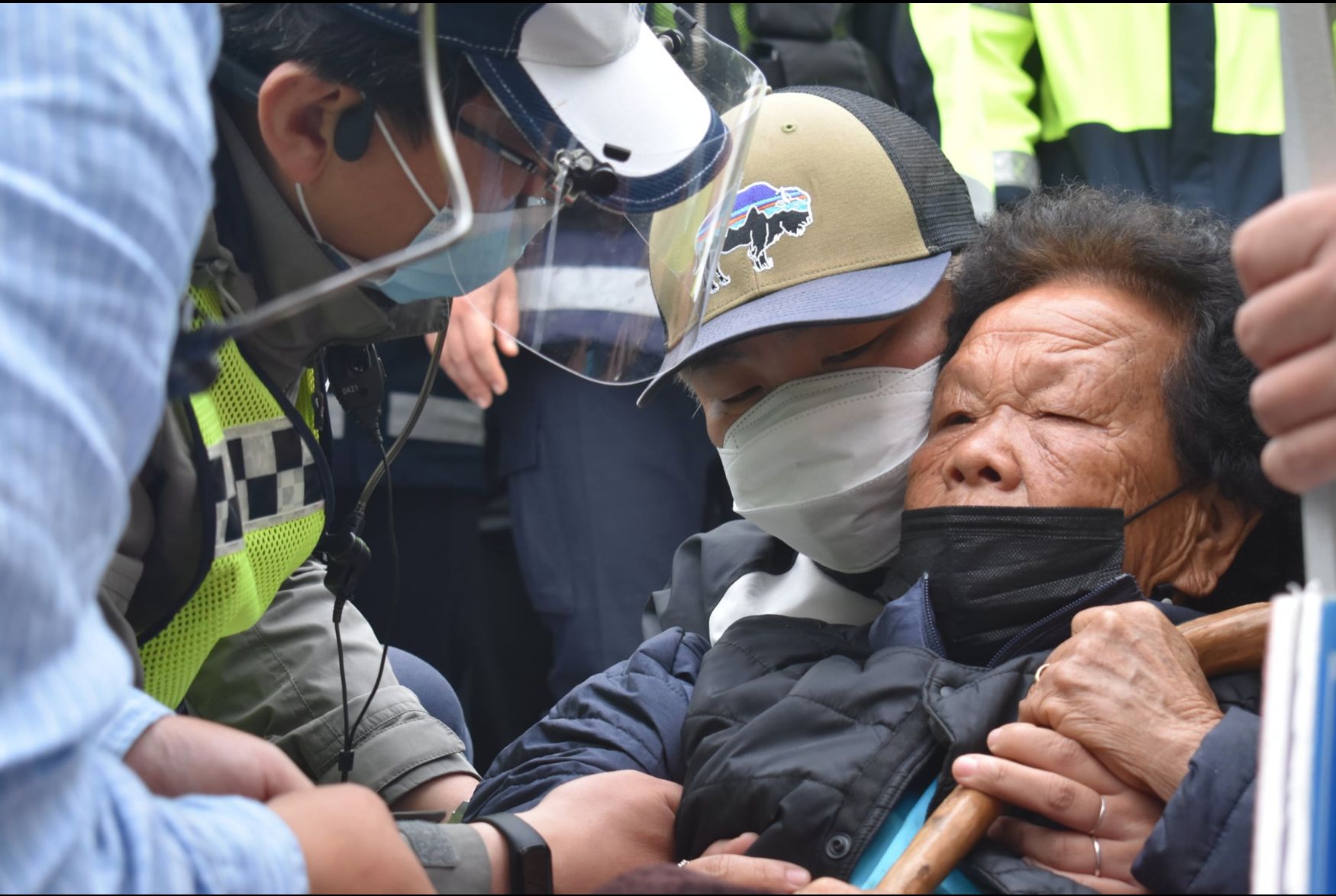 By Bruce Gagnon,
Published in Organizing Notes, 30 May 2021

THAAD, Get out! It  benefits US arms corporations but brings tears to Koreans!

In mid-March, this year, Lloyd Austin, the US Secretary of Defense, mentioned that it is ‘unacceptable as an alliance’ when he talked about the poor condition of US THAAD (Terminal High Altitude Area Defense) base, in Soseong-ri, Seongju, mainland of Korea.

THAAD is a part of the US ‘missile defense’ system which is actually offense system (aimed at China, North Korea and Russia).

What Austin meant was he was complaining against the people in Soseong-ri and Korea who oppose and protest to the deployment of THAAD.

Since then there were constant police invasions of Soseong-ri (small melon farming village) on April 28th, May 14th, May 18th, and May 20th.

Some people were even injured and arrested during their brave protests to the moving of THAAD generator, base construction materials etc. into the base. The police showed unprecedented oppression against people including religious men and women.

The South Korean government sent police to Sosoeng-ri just before the ROK-US summit (in Washington D.C, May 21). We can see that Soseong-ri is currently the center of ROK-US-Japan trilateral military alliance.

Remarkably, Lloyd Austin was a former board member of Raytheon, the production company of THAAD radar. He was also ‘a former top commander of US forces in Iraq under Obama and ‘oversaw deployment of US Special Forces to Syria.’ In a word, he is one of ‘revolving door personnel.’ There is arms corporation behind the oppression against people.

There is no peace in Korea and northeast Asia unless the Korean War Armistice ends with an official peace treaty and THAAD withdraws! Let’s take out THAAD and plant peace!