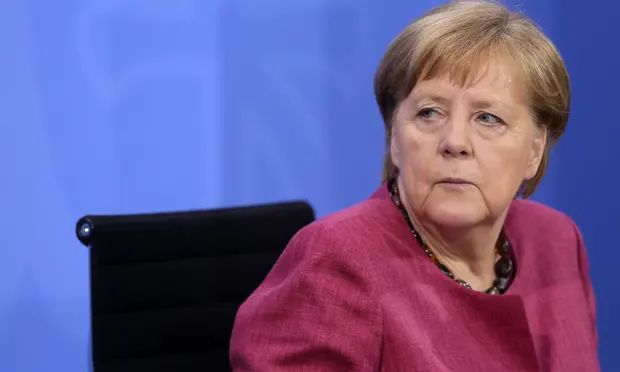 By Jon Henley, European Correspondent,
Published by The Guardian, 31 May 2021

Reports that Denmark’s military intelligence agency helped the US to spy on leading European politicians, including the German chancellor, Angela Merkel, have sparked concern – and demands for an explanation – in EU capitals.

The allegations are contained in an internal classified report on the FE’s role in the surveillance partnership agreement with the NSA from 2012 to 2014, the broadcaster said, citing nine unidentified sources familiar with the investigation.

It said the NSA used Danish information cables to spy on senior officials including the former German foreign minister, Frank-Walter Steinmeier, and the then opposition leader Peer Steinbrück. It was not clear whether the Danish government authorised the taps.

The Danish defence minister, Trine Bramsen, who took over the defence portfolio in June 2019, was reportedly informed of the espionage in August last year. She told Danmarks Radio that “systematic eavesdropping of close allies” was “clearly unacceptable”.

France’s Europe minister, Clément Beaune, said the reports were “extremely serious” if proven. “We need to see if our partners in the EU, the Danes, have committed errors in their cooperation with American services,” Beaune told French radio. “Between allies, there must be trust, a minimal cooperation.”

Merkel’s spokesman, Steffen Seibert, said on Monday that the German government had “taken note of the reporting. It is in contact with all relevant national and international authorities for clarification.”

Steinbrück said the NSA and FE’s activities were “a political scandal”. The former centre-left SPD party leader said he accepted western states needed intelligence services, but added it was “grotesque that friendly intelligence services are indeed intercepting and spying on top representatives of other countries”.

The Danish broadcaster said the NSA retrieved text messages, calls and internet traffic including searches and chats thanks to its partnership with FE. Denmark, a close US ally, hosts several key landing stations for undersea internet cables to and from Sweden, Norway, Germany, the Netherlands and Britain.

Neither the agency or its director at the time, Lars Findsen, have commented on the report. Findsen and three other FE officials were suspended last year by an independent oversight board following criticism and accusations of serious wrongdoings stemming from the internal investigation, which began in 2015, Danmarks Radio said.

The NSA did not immediately respond to requests for comment. Sweden’s defence minister, Peter Hultqvist, demanded “full information” and his counterpart in Norway, Frank Bakke-Jensen, said the allegations “are being taken seriously”.

If confirmed, the spying was happening during and after the 2013 Snowden affair, when the former NSA contractor revealed thousands of secret documents exposing the vast US surveillance operation mounted after the 2001 9/11 attacks.

Snowden on Sunday accused Joe Biden, who was US vice-president at the time, of being “deeply involved … the first time around”. Snowden called on Twitter for “full public disclosure not only from Denmark, but their senior partner as well”.