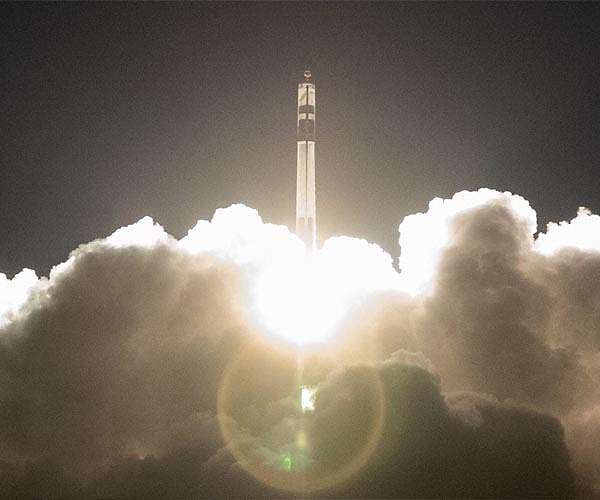 Monolith will demonstrate the use of a deployable sensor, where the sensor’s mass is a substantial fraction of the total mass of the spacecraft, changing the spacecraft’s dynamic properties and testing ability to maintain spacecraft attitude control.

The mission was procured by the Department of Defense (DoD) Space Test Program (STP) and the Rocket Systems Launch Program (RSLP), both based at Kirtland Air Force Base, New Mexico.; in partnership with the Defense Innovation Unit (DIU) as part of the Rapid Agile Launch Initiative (RALI).

The mission is being managed by the Launch Enterprise’s Small Launch and Targets Division, which is part of the USSF’s launch organization of choice. The mission has been named ‘It’s a Little Chile Up Here’ in a nod to the beloved green chile of New Mexico where the Space Test Program is based.

“Congratulations to all the teams behind Monolith. We’re proud to have safely delivered another mission to orbit for the United States Space Force,” said Rocket Lab founder and CEO Peter Beck.

“Programs like the Rapid Agile Launch Initiative are shining a light on the crucial role small launch can play in supporting fast-paced innovation in orbit to support innovation and space capabilities.”