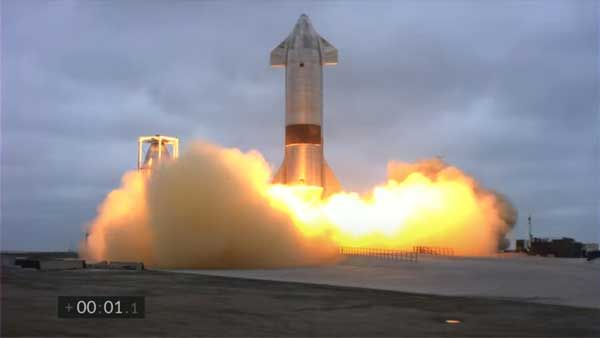 ESG Hound’s latest look SpaceX’s plan to launch Super Heavy/Starship boosters from its Starbase facility in Boca Chica, Texas suggests the entire effort might need to be scrapped. (The US Department of Interior Drops the Gauntlet on SpaceX and the FAA: SpaceX is headed for an EIS)

The problem: the U.S. Fish and Wildlife Service (FWS) and National Park Service do not agree that launching the world’s most powerful rocket will have a non-significant impact on federal and state-managed wildlife refuges and national monuments that surround the Boca Chica launch site. Without their sign off, ESG Hound says the Federal Aviation Administration (FAA) can’t approve the plan using an ongoing environmental assessment that it aims to complete by Jan. 31. A more complicated and lengthy environmental review would be required. resulting in years of delays.

Further, if SpaceX has viable alternatives for Super Heavy/Starship launches in Florida, the company might be required to abandon the Starbase site in Texas. Developing news facilities could result in significant delays to Super Heavy/Starship and the Human Landing System that SpaceX is building for NASA to return astronauts to the lunar surface.

After performing an Environmental Impact Statement (EIS), the FAA approved SpaceX to launch up to a dozen Falcon 9 and Falcon Heavy rockets annually from the site. The approval also allowed Elon Musk’s company to perform flights of experimental vehicles.

SpaceX subsequently abandoned plans for the Falcon 9 and Falcon Heavy and began testing Starship prototypes with three engines. The FAA allowed the testing, but the agency decided that a new environmental review was required in order to approve Boca Chica for launches of Starship and its Super Heavy first stage, which would have up to 33 engines.

The question was, what type of environmental review? As ESG Hound explains:

As a summary, the debate up to this point has been whether the environmental impacts of Starbase’s future plans are below significance thresholds under the National Environmental Policy Act (NEPA). FAA and SpaceX’s Programmatic Environmental Assessment (PEA) is a stripped-down environmental review document built on the assumption that all impacts are either insignificant (de minimus) or can be mitigated to be such once the EA is finalized with a Finding of Non-Significant Impact (FONSI) statement from the FAA.

If any impacts are determined to be of significance, the FAA is required to initiate a full-blown Environmental Impact Statement (EIS), which would be a multi-year process. An EIS would be required to be drafted, reviewed, completed, and certified before any Heavy Booster static fires, Starship launches, or commitment to further launch infrastructure development can commence.…

The location SpaceX selected for its Starbase, designed to launch people to Mars on the most powerful rocket ever developed, is in a middle of some very sensitive environmental areas.

In case you weren’t aware, Starbase is surrounded on all sides by hundreds of acres of federal wildlife refuge, in addition to nearby National Park Service protected monuments (Palmito Hill Battlefield Memorial) and Texas Parks and Wildlife lands.

The problem is that FWS — which has jurisdiction over the federal wildlife refuge — and the National Park Service do not concur with the FAA’s conclusions that the impacts of Super Heavy/Starship rockets will be insignificant (de minimus) or that Starbase qualifies as “temporary occupancy” under federal law. The article says that both agencies must agree in writing under Department of Transportation (DOT) statute known as Section 4(f).

In November, the Department of the Interior (DOI) sent the FAA a joint letter from FWS and the National Park Service explaining why they don’t agree. (The letter and related documents were released under a Freedom of Information Act request.) The article excerpted highlights from the DOI letter:

Closure of Palmito Ranch Battlefield NHL to the public 11.4% of the year for launch operations (which does not include closures related to anomalies of up to an additional 6.8% per year) would impair public access to the NHL on a continual basis, and thus contribute to a Section 4(f) use. Restrictions to access substantially diminish the utility of the NHL (visitor use, education, and enjoyment) and thus reduce the ability to meet the NHL’s purpose.

…further analysis of the temporary on-going impact of the Project from closures on established purposes of the NWR, such as on 3 recreation and wildlife management, and anomaly events that result in debris on the NWR that will need to be removed, is warranted given the extensive interference and substantial impairment caused by access restrictions that will be permanent during Project operations. The FWS believes that a Section 4(f) use exists and requests FAA provide further clarification.

SpaceX appears to be a permanent facility. As such, continued closures of the road prevent public access to NWR lands and prevent staff and researchers from accessing lands they manage. This adversely and permanently impairs FWS attributes and protected activities as long as SpaceX continues to frequently close State Highway 4. This should be addressed as something other than a temporary or de minimis impact because it is part of a permanent operation plan.

“Occupancy of the Section 4(f) properties would be short term, and there would no permanent or residual effects to the properties lasting beyond occupancy.”

Comment: 100% of scattered debris has not been retrieved. Sharp metal parts can be found below the sand and may not be visible during retrieval of debris. In addition, ruts on algal flats do not recover very easily. The SpaceX contract environmental cleanup should use only specialized personnel and equipment designed to protect and restore the sensitive habitat types found in the area. The Space X should not be allowed to prohibit FWS staff, TPWD staff, NPS staff, or other agency representatives and their researchers to enter to collect biological and cultural resource data even during closures, and ensure SpaceX contract or fund collection of data on impacts to sensitive habitat types and wildlife species impacted by anomalies.

In other words, ESG Hound wrote

FAA’s guidance states that “When a project would involve the use of a Section 4(f) property and the FAA cannot make a de minimis impact determination, the FAA must prepare a Section 4(f) evaluation.”

The FAA cannot make a de minimus determination, because they don’t have approval from the DOI to do so. That means that this is an EIS project.

As mentioned, a full EIS of the Boca Chica plan would take several years, thus delaying SpaceX’s development of Super Heavy/Starship and the company’s plans to adapt Starship to serve as the Human Landing System (HLS) for NASA’s Artemis program, which aims to return astronauts to the moon in 2025.

But, here’s the kicker. According the ESG Hound article

Not only are FAA’s hands tied on the EIS front, a full Section 4(f) Evaluation is a potential nightmare. This evaluation requires the identification of a suitable alternative that is both “Feasible and Prudent.” If this Feasible and Prudent alternative site will have a lower Section 4(f) impact, the FAA is prohibited from giving the Green Light to Starbase. At all. This is outside of NEPA as well. So if, for example, the Cape Canaveral LC 39 pad that SpaceX is developing is determined to be a feasible and prudent alternative, Starbase is dead. Dead Dead.

SpaceX is working developing a Super Heavy/Starship launch complex near Pad 39A at NASA’s Kennedy Space Center in Florida. There do not seem to be any serious obstacles to that project. A SpaceX proposal to build an additional complex to be designated Pad 40 north of that location has raised concerns among environmental groups.

It will be interesting to see if FWS and the National Park Service bow to political pressure and change their positions. No matter what the FAA does with regard to Boca Chica, the decision is likely to end up in court as a result of environmental groups objecting to an approval or SpaceX appealing the need for a full EIS. Court challenges would result in their own delays.