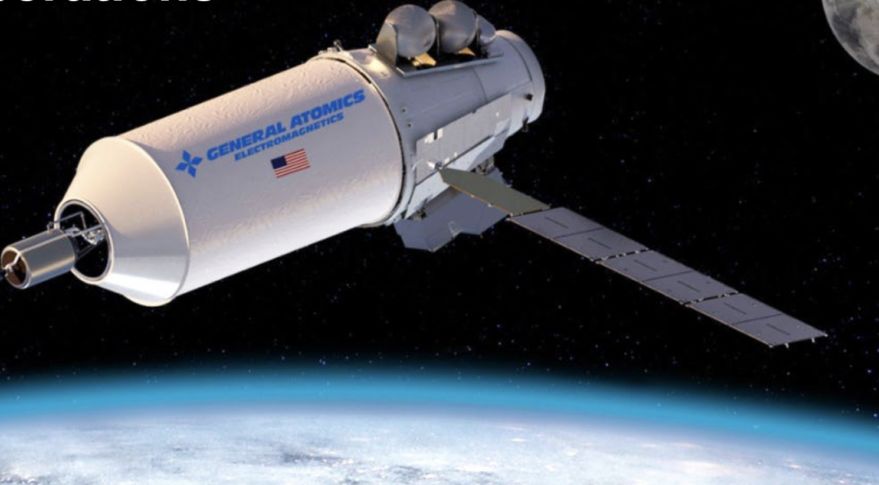 DARPA has watched NASA’s work in nuclear propulsion systems for space exploration and believes the technology can be applied to military satellites.

WASHINGTON — An experiment planned by the Defense Advanced Research Projects Agency will send to orbit a spacecraft powered by a nuclear propulsion system.

Michael Leahy, director of DARPA’s Tactical Technology Office, said this technology could give the U.S. military an advantage over enemies by making satellites more maneuverable and less vulnerable to attack. But skepticism and fear of nuclear energy is an issue that will require more education and awareness to “get folks comfortable with this,” Leahy said Jan. 14.

Leahy spoke at a virtual event held by the Air Force Association’s Mitchell Institute to discuss a new report endorsing the use of nuclear thermal propulsion for U.S. military satellites and calling for the Defense Department to increase funding for this technology.

DARPA last year announced it will invest nearly $30 million in a project called Demonstration Rocket for Agile Cislunar Operations (DRACO), a spacecraft powered by a nuclear thermal propulsion system. If successful, the project could pave the way for the development of nuclear propulsion systems for military satellites.

Leahy described the DRACO project as “the next big bet we wanted to make in space.” The agency has watched NASA’s work in nuclear propulsion systems for space exploration and believes the technology can be applied to military satellites.

U.S. satellites powered by chemical propellants have limited ability to maneuver, which makes them easy targets of anti-satellite weapons, said the Mitchell report. Meanwhile, “China’s space maneuver warfare forces will include vehicles with nuclear thermal and electric propulsion capable of rapidly transferring between orbits to conduct offensive and defensive missions.”

Nuclear reactor systems can operate for years in space without the need to be refueled, which makes this a desirable technology for deep space exploration. But the United States decades ago abandoned efforts to use nuclear propulsion for Earth orbiting satellites due to concerns that hazardous radioactive materials could reenter the atmosphere.

Leahy said DARPA is well aware of the safety concerns and that these issues are being explored with nuclear experts from the Department of Energy. The DRACO demonstration, projected to launch in 2025, “will be a journey of discovery,” he said, noting that the demonstrator will use low-enriched uranium.

Ron Faibish, a nuclear engineer at General Atomics, said it’s important to remember that nuclear-powered satellites would be launched to space by conventional chemical rockets.

“When we launch there’s no nuclear power driving anything on Earth through the atmosphere,” said Faibish. The DRACO demonstrator will be launched to cislunar space above Earth orbit “where there would not be a risk of reentry.”

General Atomics won a $22 million DARPA contract to develop the nuclear reactor for the DRACO demonstration.

Christopher Stone, senior fellow for space studies at the Mitchell Institute and author of the report, said the U.S. Space Force should consider using nuclear propulsion for critical national security space systems like GPS or missile-warning satellites so they could maneuver out of harm’s way if targeted by adversaries’ anti-satellite weapons.