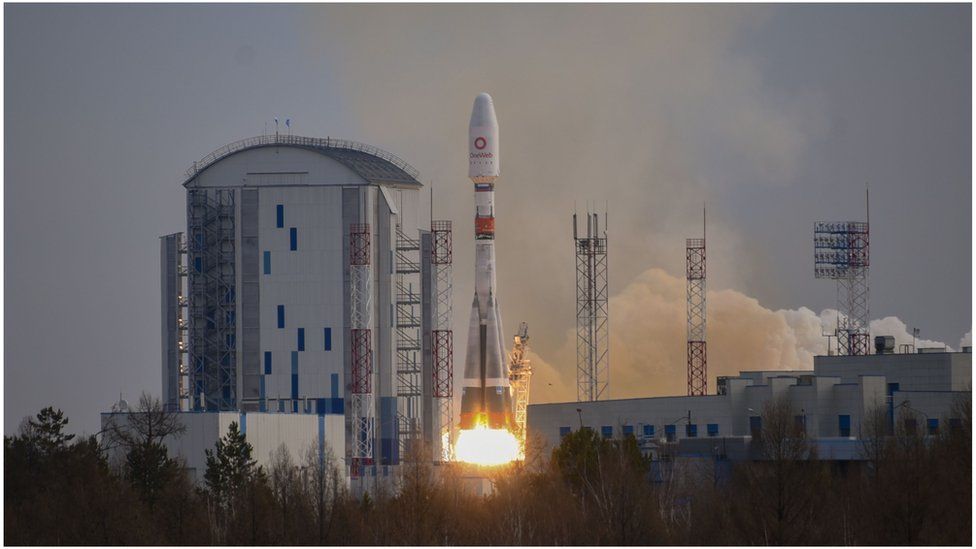 The London-based satellite operator OneWeb has just put up its sixth batch of broadband internet spacecraft.

Another two batch deliveries should see OneWeb rolling out connectivity services to locations above 50 degrees North in latitude by the year’s end.

This would include the UK, northern continental Europe, Alaska, Greenland, Iceland, Canada and the Arctic Ocean.

Global provision will require even more satellites. The initial projected network would have roughly 650, but a second generation would likely take this up to about 7,000.

OneWeb is now majority-owned by the British government and the Indian conglomerate Bharti Global.

Its satellites are produced in Florida, US, in a joint venture with the European aerospace giant Airbus. There is hope that with UK taxpayer investment, some of the manufacturing can be on-shored – if not for the current design, then certainly for the later models of satellite.

On Friday, OneWeb launched an “innovation challenge” to find new technologies and applications for those future spacecraft. The desire is to pull in ideas not found within the traditional satellite sector.

“Space is the future for communications on Earth. To get there, we are building a technology roadmap that continuously redefines existing mindsets with new ideas, innovations, and exciting partnership opportunities,” said OneWeb chief technology officer Massimiliano Ladovaz.

“The opportunity is to play an active part in the definition and execution of OneWeb’s next-generation satellite programme. The winners will join a growing list of companies with access to OneWeb’s resources to help grow their ideas and be part of our global supply chain.”

Broadband internet mega-constellations were a key topic of discussion at last week’s 8th European Conference on Space Debris. There is a recognition that these networks – and there are many being planned and implemented – will change the nature of the space environment.

Indeed, it has some experts in the field wondering whether there is sufficient room to host the thousands of satellites envisioned this decade by numerous commercial interests.

“In certain orbital regions we come to a point where we have to decide about capacity; we have to decide if we can put there another 10,000 satellites even if we have all the technical measures in place,” said Thomas Schildknecht from the International Astronomical Union.

“There will be a maximum capacity and we need to work on these questions on an international level right now. We need to look forward because these constellations are putting in orbit 100 objects every month,” he told BBC News.

The European Space Agency, which constantly monitors the traffic in the vicinity of its orbital missions, says a half of all close approaches now involve active constellation satellites, whereas in the past the concern was nearly always the redundant hardware that litters the sky.

OneWeb’s chief competitor in the internet mega-constellation business is Starlink, which is being set up by the Californian rocket company SpaceX. Starlink has more than 1,300 satellites in orbit at present, with thousands more to follow.

Other major projects in development in this particular sector include Kuiper, a subsidiary of online retailer Amazon; and Lightspeed, a mega-constellation plan from the long-established Canadian satellite communications company Telesat. The European Union and the Chinese government are also talking up major networks of their own.