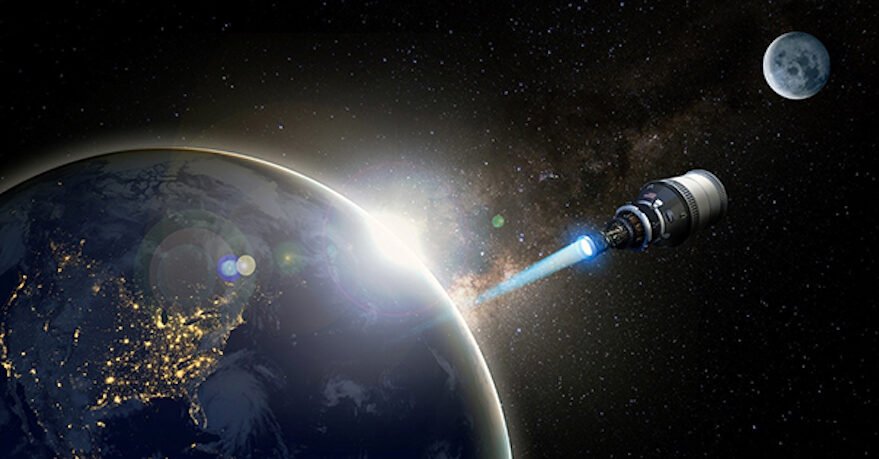 General Atomics, based in San Diego, California, was selected for the first phase of a program known as a DRACO, short for demonstration rocket for agile cislunar operations. The project is to demonstrate nuclear thermal propulsion — or the use of a nuclear reactor to heat up rocket fuel to generate thrust.

DARPA’s Tactical Technology Office in May 2020 solicited proposals in a “broad agency announcement.” The goal is to test a nuclear thermal propulsion system in orbit by 2025.

The ability to monitor cislunar space – the volume of space between the Earth and the moon – will require a “leap-ahead in propulsion technology,” said DARPA.

The DRACO program will attempt to demonstrate a nuclear thermal propulsion system on orbit. A nuclear reactor will heat propellant to extreme temperatures before expelling the hot propellant through a nozzle to produce thrust.

Christina Back, vice president of nuclear technologies and materials at General Atomics Electromagnetic Systems, said nuclear thermal propulsion is a “leap ahead of conventional propulsion technology and will enable spacecraft to travel immense distances quickly.”

“Agile spacecraft are critical to maintain space domain awareness and significantly reduce transit times in the vast cislunar region,” Back said in a statement to SpaceNews.

For space exploration such as human missions to Mars, Back said, “nuclear propulsion will allow for more versatility of launch windows, and enable longer stays on the planet itself.”

NASA pioneered research in nuclear thermal propulsion in the 1960s but priorities shifted and efforts were cut back in the 1970s.

According to a NASA news release: “There is once again recognition that nuclear thermal propulsion is a viable and powerful option to explore Mars and other destinations.”

A February study by the National Academies, sponsored by NASA, said nuclear thermal propulsion and nuclear electric propulsion approaches could reduce the travel time of expeditions to Mars but must overcome significant technical hurdles.