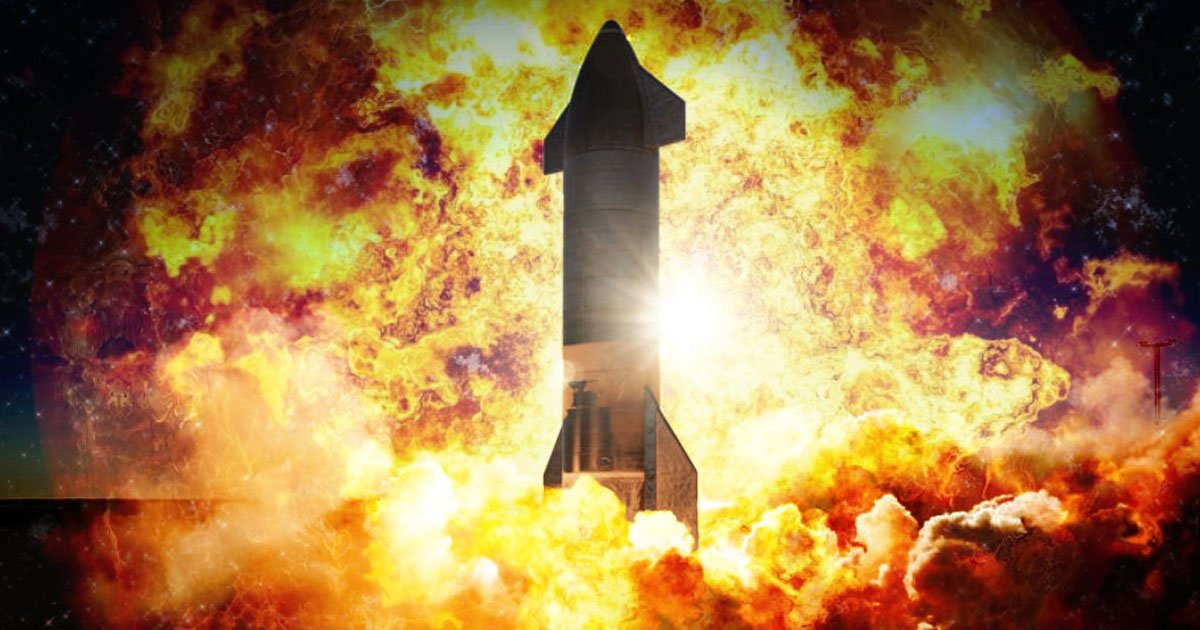 SpaceX and Tesla CEO Elon Musk made an eyebrow raising concession on Wednesday, implying that the first orbital Starship may very well explode on the launchpad.

The prolific memethief spoke at the National Academies’ joint meeting of the Space Studies Board and Board on Physics and Astronomy, in an appearance with the very creative title “SpaceX Starship Discussion.” During the talk, he outlined the company’s goals for Starship’s first launch into orbit next year — though the eccentric CEO was also quick to acknowledge that the first flight might not get that far.

“There’s a lot of risk associated with this first launch,” Musk said, “so I would not say that it is likely to be successful but we’ll make a lot of progress.”

Of course, he didn’t necessarily say outright that Starship would explode into a zillion pieces — but considering the vehicle’s history of doing just that, any failure will most likely come in the form of a colossal fireball.

The talk was filled with other worthwhile tidbits — including the fact that SpaceX was aiming for an early 2022 launch date.

“The first orbital flight that we’re hoping to do is in January,” Musk said at the meeting. However, he did later hedge a bit on the timeline, predicting a launch in either “January or early February.”

That timeline depends on a number of factors that are currently outside of SpaceX’s control including an environmental assessment from the Federal Aviation Administration. The administration said it would finish the review by the end of December, so the company — in theory — could launch in January at the earliest. Knowing the company’s history with these bold timelines, though, we wouldn’t hold our breaths that Starship will launch by then.

Musk also outlined a strikingly bold vision for SpaceX during the talk, reiterating the company’s goal of making humanity a multi-planetary species. He added that it would need to scale production of its rockets by a whole lot to do it.

“In order for life to become multi-planetary, we’ll need maybe a thousand ships or something like that,” he said.

Let’s start with one successful orbital launch that doesn’t blow up on the launchpad first, though, shall we?

More on Starship: SpaceX’s Orbital Starship Prototype Just Fired Up All Its Engines