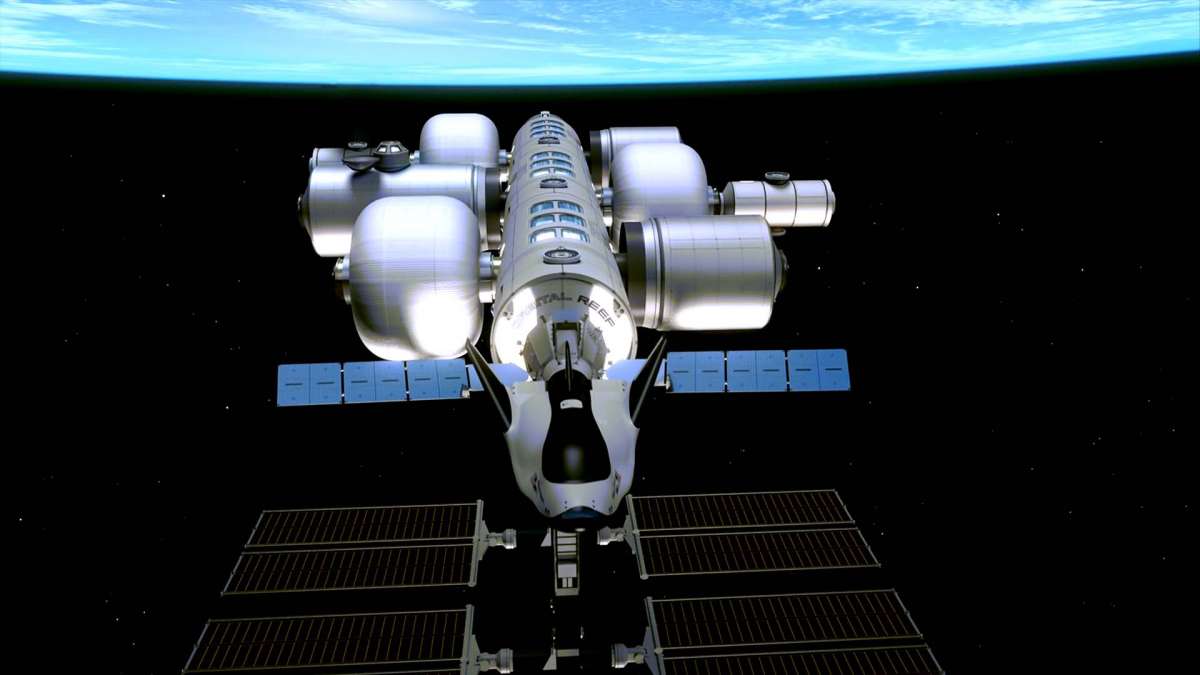 The space world has a little engine that could – a small, snub-nosed space plane called Dream Chaser that looks like it could be the space shuttle’s offspring. For years, it has pursued an unlikely path in its quest to space, facing all sorts of obstacles along the way. But it has never given up.

Sierra Space, the company that is developing Dream Chaser, lost out on a major NASA contract to use it to fly people in 2014. It appealed, but lost that decision, too. Two years later, it secured a major procurement, this time to fly cargo and supplies to the International Space Station, not humans. It’s been five years, and it still hasn’t flown to space, despite spending $1 billion on the program.

But on Friday, Sierra Space announced it was getting a huge boost that it said would help get Dream Chaser off the ground, a $1.4 billion investment in a Series A funding round that the company says will help it fly astronauts by 2025. The investment marks the first time the Colorado-based company has brought in outside investors, and it comes as it is revamping the company to pursue a number of projects in an attempt to become a major player in the growing commercial space industry.

NASA has contracts with SpaceX and Boeing to fly astronauts to the space station. SpaceX has flown several missions so far, but Boeing has faltered and may not have its first flight with crew until late next year. That could provide an opportunity for Dream Chaser to get back in the picture, and company executives have discussed the possibility with NASA.

Unlike the SpaceX and Boeing capsules, which land in the sea or in the desert, Dream Chaser would land on a runway and allow scientists to access research flown down from the space station immediately. The additional money “is going to be incredibly important for us to take the opportunity to accelerate our plans,” Eren Ozmen, who owns the company with her husband, Fatih Ozmen, said in an interview. The company has said it intends to fly its first cargo resupply missions to the space station by the end of next year.

Plus, she said, NASA is eager to bring back a winged vehicle; the space shuttle was retired in 2011. “They really want us to bring the wings back, and they want to have the ability to bring the science to land softly on a runway,” she said.

“Being able to land on any commercial runway is a huge deal,” she added.

The company, a longtime defense contractor, would also develop a variant of the vehicle to be used for national security missions, but the Ozmens would not elaborate on what that would entail.

Last month, Sierra Space announced it was partnering with Jeff Bezos’ Blue Origin, as well as Boeing and Redwire Space, Genesis Engineering and Arizona State University to build a space station called Orbital Reef that the team hopes would serve as a replacement to the International Space Station (ISS). (Bezos owns The Washington Post.)

Sierra Space is developing the habitat module for the station, which would inflate in orbit and house as many as 12 people in three stories. It would, the companies vowed, “provide anyone with the opportunity to establish their own address on orbit.”

Sierra and Blue Origin are not the only companies trying to build commercial space stations.

Nanoracks, an aerospace venture that helps companies fly science experiments and other payloads to the ISS, announced it was partnering with its majority owner, Voyager Space, as well as Lockheed Martin to build a space station called StarLab.

Despite those endeavors, some in the space industry are concerned that private industry won’t have the resources to get the stations ready in time to replace the ISS, which could last through 2030 but has shown signs of age after orbiting the Earth for more than 20 years.

NASA this year requested $101 million for the program that would develop private space stations, but many in the space industry have said that is not nearly enough. Former NASA administrator Jim Bridenstine recently testified to Congress that it needed to appropriate $2 billion annually for the effort.

The new money for Sierra comes as investors are increasingly looking to space as an opportunity for growth after years of skepticism about an industry that had long been dominated by governments.

Over the past decade, investors pumped $200 billion into 1,500 space companies around the world, according to an analysis done by Space Capital, a space investment firm. Investment in start-up space companies reached $7.6 billion last year, a 16 percent increase from 2019, according to Bryce Space and Technology, a consulting firm.