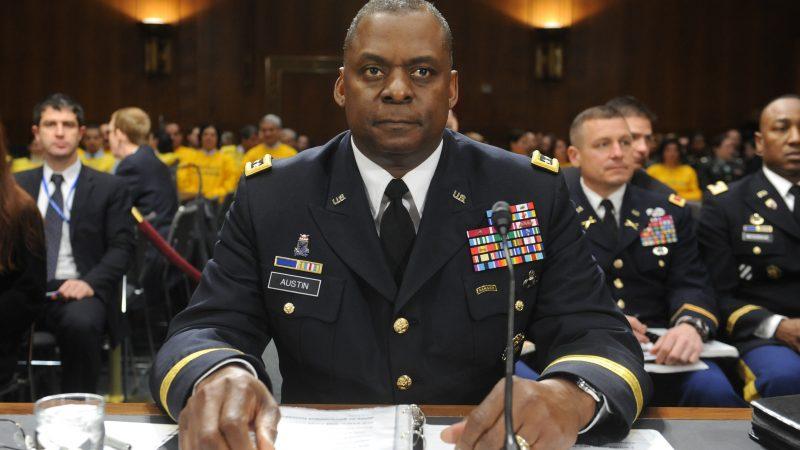 The Pentagon has awarded the defense giant Raytheon Technologies over $2.36 billion in government contracts since Secretary of Defense Lloyd Austin III’s confirmation on January 22nd.

Austin was on Raytheon’s board of directors prior to his confirmation.

Austin at the time had made a commitment to resign from Raytheon’s board and recuse himself from all matters concerning Raytheon for four years and agreed to divest from his financial holdings in the company, amounting to between $500,000 and $1.7 million in stock.

These initiatives, however, have not prevented Austin from using his position to bolster Raytheon’s fortunes. Nor those of other defense contractors on whose board he has sat such as Booz Allen Hamilton, the world’s “most profitable spy organization,” according to Bloomberg News, and Pine Island Capital, a private equity firm that invests in military industry.[1]

At Austin’s nomination hearing, Senator Elizabeth Warren (D-MA) questioned him about his ties to Raytheon—whose headquarters are based in Warren’s home district (Waltham, Massachusetts).

A year earlier, Warren had proposed legal changes to strengthen ethics at the Defense Department by blocking the revolving door between the Pentagon and giant defense contractors like Raytheon, including by prohibiting big defense contractors from hiring former Pentagon officials for four years after they leave government.

Warren paradoxically voted to confirm Austin’s appointment as Defense Secretary—even though he embodies the danger of the revolving door.

Mark Pocan (D-WI), who with Barbara Lee wrote a letter in November 2020 to President-elect Joe Biden requesting that he nominate a Secretary of Defense with no previous ties to weapons manufacturers, stated that “American national security should not be defined by the bottom lines of Boeing, General Dynamics and Raytheon.”

With men like Austin at the helm, however, it is very clearly being defined in this way.

Reporting revenues of more than $97.5 billion in 2020, Raytheon began its corporate life in 1922 as the American Appliance Company, developing refrigerators and radio parts and making advances in vacuum tube technology and related electronics. The company was drawn into military contracting during World War II when it manufactured magnetron tubes for use in radar systems.

One of the company founders, Vannevar Bush, became president of the Massachusetts Institute of Technology (MIT) and chairman of the U.S. Office of Scientific Research and Development (OSRD) during World War II, which initiated the Manhattan Project that led to the development of the atomic bomb.

Today, Raytheon is best known as the maker of Patriot and Tomahawk missiles.

It has also been a pioneer in the development of surface-to-air and air-to-air missiles and precision weapons—including guided missiles and laser-guided bombs—and manufactures air-launched nuclear missiles that are part of the U.S. nuclear triad.

In 2003, Raytheon put out a press release bragging that half of all air-to-ground precision guided missiles (PGMs) used by coalition forces in Operation Iraqi Freedom were made by Raytheon.

Raytheon was also the first major defense contractor to sell weapons to Saudi Arabia, selling the kingdom over 1,000 cluster bombs designed to maximize civilian casualties between 1970 and 1995. The company further hired members of the Saudi Royal Family as consultants, and opened a branch in Riyadh in 2017.

After the Yemen war began in 2015, Raytheon, according to an analysis by The New York Times, booked more than $3 billion in new bomb sales to the Saudis, causing its stock prices to increase from about $108 to more than $180 per share.

In 2019, Raytheon sold an estimated $8 billion in weapons to Saudi Arabia and the United Arab Emirates, which are centrally involved in the war in Yemen.

After an October 2016 Saudi airstrike on a funeral home in Sana’a that killed 140 people and wounded 500 more, human rights workers discovered a bomb shard bearing the identification number of Raytheon.[2]