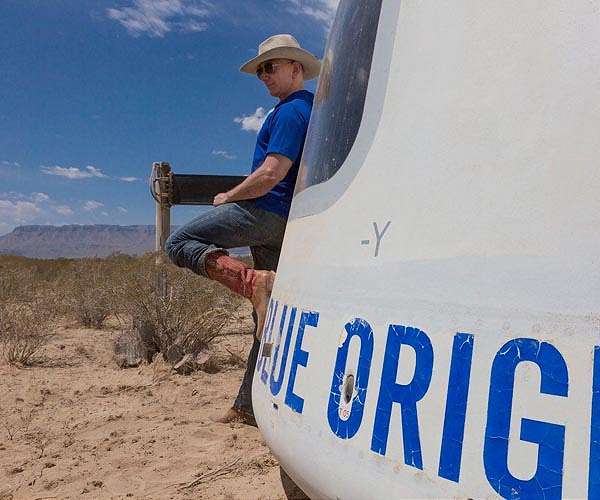 Amazon has contracted with ULA for nine launches, the online retail giant said, but it didn’t say when launches will occur.

“Those details will be released closer to launch,” ULA spokeswoman Jessica Rye said in an email.

Amazon plans to launch 3,236 satellites into low-Earth orbit to beam broadband to the entire globe — particularly to remote areas in which Internet service is rare. SpaceX’s Starlink project has included plans for up to 12,000 satellites and has launched about 1,400 already.

“We’re determined to make affordable broadband a reality for customers and communities around the world,” Jeff Bezos, the Amazon founder and CEO, said in a press release Monday.

Amazon said it expects to include additional launch companies in the future.

Amazon originally announced the Kuiper term in 2019 as a codename and has released few details or images of the satellites.

Kuiper satellites would circle the Earth in a way similar to the Kuiper Belt of asteroids and planetary debris that encircle the solar system. The asteroid belt is named after the late Dutch American astronomer Gerard Kuiper.

Kuiper satellites are to be launched on a ULA Atlas V rocket, one of the most used rockets today with over 80 launches since the first in 2007. ULA, with headquarters in Centennial, Colo. near Denver, is a joint venture of defense giants Boeing and Lockheed Martin.

The launch contract comes as SpaceX has used its own rockets to launch about 1,400 Starlink satellites, and the company is testing Starlink service with a limited rollout in the United States, Canada and the United Kingdom.

Amazon’s approvals from the Federal Communications Commission require it to launch about half of its satellites — or roughly the same number SpaceX already has in orbit — by mid-2026.