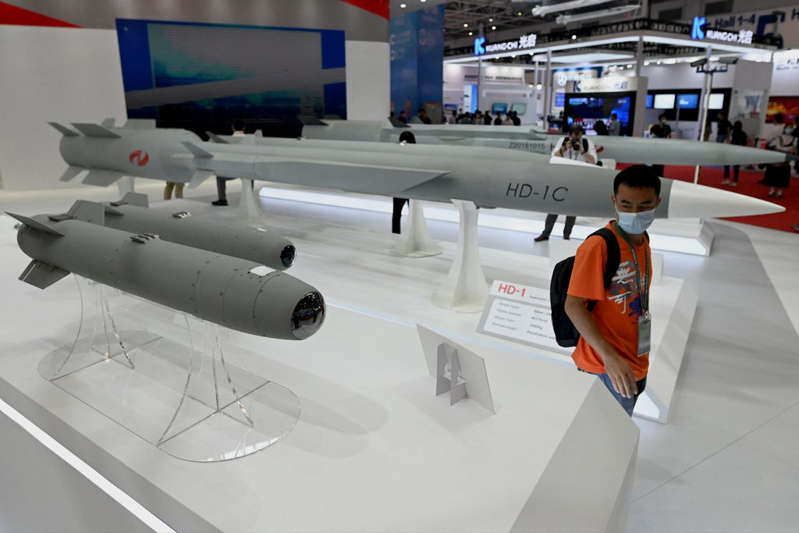 By Maroosha Muzaffar,
Published by The Independent, 19 October 2021

China has reportedly tested a hypersonic missile that circles the globe before descending to hit its target. The missile in question is believed to be capable of carrying nuclear warheads, and its development has taken US intelligence agencies by surprise.

When did China launch the ‘missile’?

Though it was first reported by the Financial Times on Saturday evening, China actually conducted the test launch in August.

The FT quoted five people familiar with China’s launch saying that the object in question was a hypersonic missile which “flew through low-orbit space” in a way that could “negate” the US’s missile defence systems.

China broke its silence on the report on Monday afternoon, admitting that it had conducted a launch but playing down its significance. Foreign Ministry spokesperson Zhao Lijian claimed the launch involved a spacecraft, not a missile, and was designed to see whether the craft can be re-used. The test was of “great significance for reducing the use-cost of spacecraft and could provide a convenient and affordable way to make a round trip for mankind’s peaceful use of space,” he said.

Earlier, the Communist Party-operated Global Times newspaper itself cited the FT as it gloated about the reported missile launch. “If the FT report is to be believed, it means that there is a key new member in China’s nuclear deterrence system, which is a new blow to the US’ mentality of strategic superiority over China,” the article read.

How surprising is the launch?

Earlier this year, commercial satellite images obtained by researchers at the James Martin Centre for Nonproliferation Studies in Monterey, California revealed that work was underway at scores of sites across a grid covering hundreds of square miles in Gansu province in China.

The 119 “nearly identical” construction sites were believed to be launch facilities for nuclear-tipped intercontinental ballistic missiles.

Experts had said that it signalled Beijing’s expansion of its nuclear capabilities, and the US military officials had also warned about it.

In September, US Air Force Secretary Frank Kendall had said that: “I have had the opportunity to catch up on the intelligence about China’s modernisation programmes. If anything, China has accelerated its pace of modernisation.”

Mr Kendall also said at the time that China’s modernisation was focussed on “long-range precision-guided munitions, hypersonic missiles, space and cyber weapons” and emphasised that there was “strong evidence” that China is pursuing silo-based intercontinental ballistic missiles and satellite-guided munitions to strike targets on Earth and in space.

The FT cited several officials familiar with the test as saying that the weapons could, in theory, fly over the South Pole.

This detail in particular has alarmed US intelligence agencies, because the country’s missile defence systems are focused on the northern polar route.

According to the Arms Control Centre, the US has spent more than $400bn on various missile defence programmes. It adds, however, that “despite decades of research, development, and testing, there remains no reliably effective anti-missile system to counter intercontinental ballistic missiles”.

In 2019, China had also showcased its advancing weaponry including a hypersonic missile — known then as the DF-17.

How successful was the launch

According to experts, hypersonic missiles are difficult to defend against because they fly towards targets at lower altitudes and can achieve more than five times the speed of sound — or about 6,200 km per hour (3,850 mph).

Despite the August missile launch apparently demonstrating China’s capabilities in this regard, sources told the FT the missile actually fell short of hitting its target, missing by about 24 miles or about 30km.

China did not publicly acknowledge any launch took place at the time in August – but there was a clue left in the announcements of the China Academy of Launch Vehicle Technology, which oversees such launches.

The academy announced that it had launched a Long March 2C rocket on 19 July. It was the 77th launch of that rocket. And on 24 August, the academy said that it had conducted the 79th flight. There had been speculation among observers that the 78th “secret launch” may have been to test a hypersonic missile.

How did other countries react

Taiwan has asked the US to speed up the delivery time of 22 fighter jets, F16s, that were approved in 2019, given the recent Chinese incursions in the Taiwan Strait.

An Indian opposition politician, Asaduddin Owaisi, tweeted at the Indian foreign ministry in relation to the news of the Chinese launch, asking: “Who is the Super Power, China or USA (declining or rising), will @MEAIndia (the foreign ministry) react to this?”

What other countries have hypersonic missile technology:

According to Defence News, besides China, Russia, the US, India, Japan and the Korean peninsula, Australia and Pakistan are either developing hypersonic weapons or are planning to develop them in future.

ââIn 2020, the Pentagon Under Secretary of Defense for Research and Engineering Michael Griffin had said that hypersonic capabilities were “the highest technical priority” at the time.

In 2019, Defence News reported that the US military was “a few years from launching offensive hypersonic weapons that are currently under development.” It said that manufacturing them was a challenge. “I would say we really need to understand, again, how can we produce precision hardware at scale,” Mr Griffin had said at the Space and Missile Defense Symposium in Huntsville, Alabama.

The Russian president Vladimir Putin recently said that his country’s new hypersonic nuclear missiles are “capable of annihilating US cities.” He also said that Russia has developed a weapon that flies more than five times faster than those being developed in the US. “These are not just hypersonic but intercontinental missiles, and these are far more formidable weapons.”

What does launch mean in practice?

Jeffrey Lewis, a missile specialist at the US-based James Martin Centre for Nonproliferation Studies tweeted against over-reactions to the launch by China.

“China already has (about) 100 nuclear-armed ICBMs that can strike the US. Although the (hypersonic) glider is a nice touch … this is an old concept that is newly relevant as a way to defeat missile defences.”