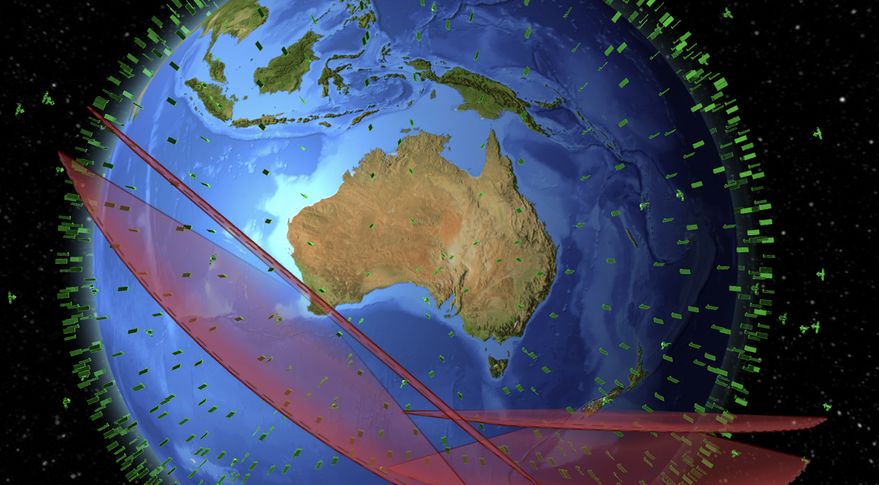 The Western Australia LeoLabs site was selected in part because its longitude provides a view of launch trajectories from Asia.

“Our whole mission is to drive transparency in space,” Dan Ceperley, LeoLabs CEO and co-founder, told SpaceNews. “We want to be able to capture when new satellites are deployed. This site will be helpful for doing that.”

Historically, there have been fewer space-tracking radars and optical telescopes in the Southern Hemisphere than in the Northern Hemisphere. That’s one of the reasons the U.S. Air Force authorized prime contractor Lockheed Martin to survey a Western Australia site for a second Space Fence, a ground-based S-band radar to track objects in orbit. The U.S. Space Force declared the original Space Fence, located on Kwajalein Island in the Republic of the Marshall Islands, operational in 2020, but has not obtained congressional funding to construct a second Space Fence.

When LeoLabs was founded in 2016, company executives intended to establish a network of radars at six sites around the world. As launch activity continue to accelerate, LeoLabs intends “to keep charging forward,” Ceperley said. “We see a lot of benefit from having these additional radar sites.”

With each new radar, LeoLabs increases the frequency of its observation of individual satellites and pieces of orbital debris. The increased frequency leads to more accurate data and improves the firm’s ability to assess potential collisions.

LeoLabs is recruiting employees in Australia.

“Terry is building a team to leverage these radars, the software and other technology that we have to turn Australia into a space domain awareness superpower,” Ceperley said.