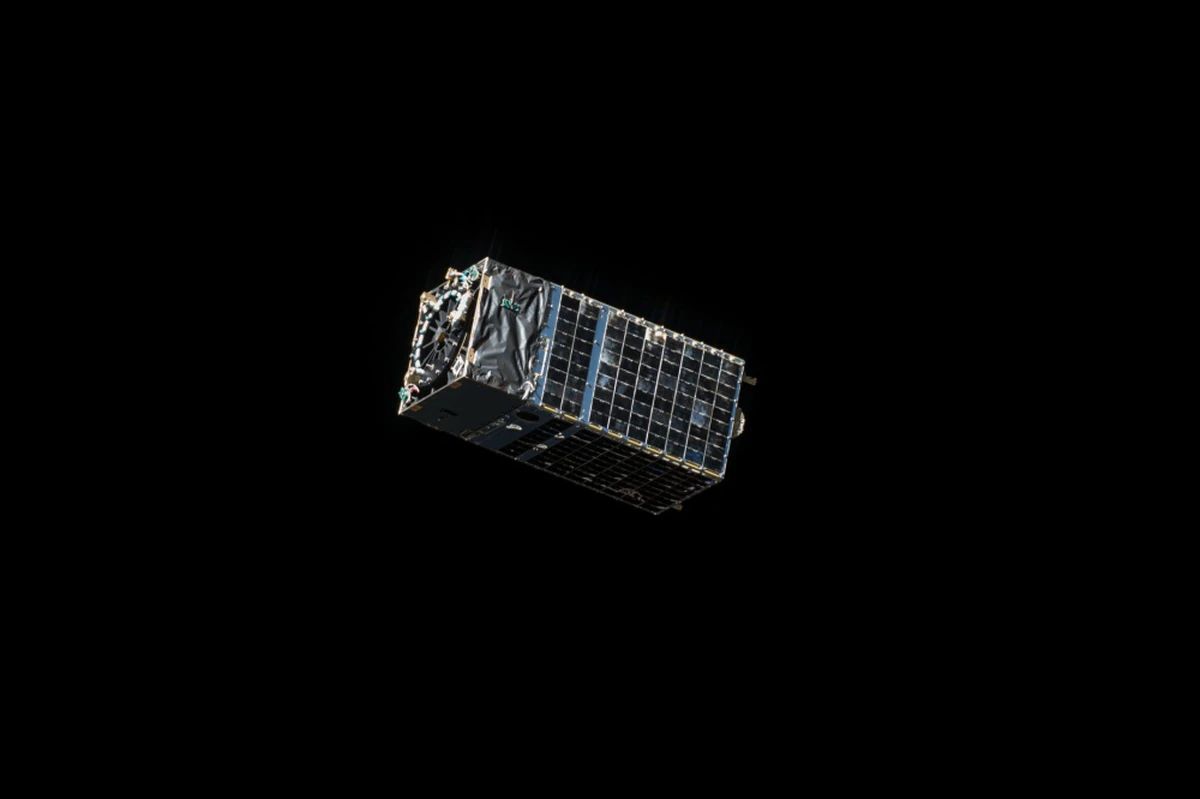 WASHINGTON — The head of the U.S. Space Force wants the new service to take on a new mission: providing tactical satellite imagery to the joint forces. He didn’t explain whether that means the service would try to build its own satellite constellation.

“There’s a role here for the Space Force in tactical level ISR [intelligence, surveillance and reconnaissance],” said Chief of Space Operations Gen. Jay Raymond at the 12th annual McAleese Conference May 12. “I really believe this is an area that we’ll begin to migrate to because we can do it, and we can do it in a way that doesn’t break the bank and is focused on our joint and coalition partners.”

“Right now, there is not a defined plan on who in the Department [of Defense] would build out those satellites. There is not even a defined plan on what that overall constellation would look like. There’s a lot of debates on that internally and all I can say is that Gen. Raymond and I have that conversation a lot, about pros and cons of different modalities and pros and cons of different constellation sizes,” said Tournear. “But the vision is the same: Someone within the department should build out a layer that provides tactical ISR that we can rely on in times of war.”

Satellites have played a significant tactical role on the battlefield since they rose to prominence during the Gulf War, providing war fighters position, navigation and timing data, enabling beyond-line-of-sight (BLOS) communications, and detecting incoming ballistic missiles. Comparatively, satellite imagery was generally seen more as an intelligence tool than as a tactical one, partly because of how long it takes to downlink satellite imagery to a ground station, process it into a usable product and deliver it to the battlefield. The battle could be over before that intelligence even made it to the war fighter on the ground.

“Historically, the ISR business has not been something that Air Force Space Command — or the Space Force now — has done. That’s largely been an intelligence community effort,” acknowledged Raymond.

Under that paradigm, the National Reconnaissance Office built and operated the nation’s fleet of spy satellites, while the National Geospatial-Intelligence Agency processed and analyzed the imagery to create intelligence products for policymakers and the joint forces.

According to the general, however, that dynamic has shifted in recent years, opening the door for the military to utilize satellite imagery at the tactical level and deliver real-time data to the war fighter on the battlefield. Raymond gave two main reasons for the change: The cost of building small satellites and launching them into low Earth orbit has dropped, and small satellites have become more operationally relevant.

Other advances — such as artificial intelligence that can process imagery instantly and new on-orbit mesh networks in development can speed up the delivery of data from satellites to the battlefield — enable war fighters to access that data in seconds, not hours or days.

Several companies have launched constellations of imagery satellites, turning what was once a nearly exclusive intelligence community capability into a widely available commercial product. The NRO and NGA are working to leverage these new commercial offerings, with the former issuing a slew of study contracts to determine how it can integrate commercial capabilities into its mission.

On the tactical front, the U.S. Army has pioneered efforts to take commercial satellite imagery, process it with artificial intelligence to detect and identify potential threats, and then send targeting data to weapons systems that can respond in a matter of seconds. Led by the Army’s Assured Positioning, Navigation Timing and Space (APNT/Space) Cross Functional Team (CFT), that Tactical Space Layer effort promises to enable beyond-line-of-sight targeting to the war fighter, greatly expanding the battlefield. At an Army demonstration last year called Project Convergence, the team was able to develop targeting data from satellite images and deliver it to a fires system in just 20 seconds.

The Space Development Agency — which is set to join the Space Force in October 2022 but is currently independent — is also building out a tactical geospatial intelligence (GEOINT) capability as part of its National Defense Space Architecture (NDSA). The backbone of that architecture is an on-orbit mesh network called the transport layer, made up of satellites in low Earth orbit connected by optical intersatellite links. The agency wants to use the transport layer to connect commercial imagery satellites to the Army’s Tactical Intelligence Targeting Access Node, or TITAN, a new scalable, portable ground station currently in development that can process imagery with artificial intelligence and distribute that data across the battlefield. In other words, SDA would provide the network component of the Army’s Tactical Space Layer.

The Tactical Space Layer may be the most advanced project to integrate tactical GEOINT, but there are other lines of effort within DoD. The Air Force and the Navy have invested in tactical satellite imagery products. The Air Force Research Laboratory issued a contract for a commercial tactical GEOINT software to help them find moving targets with satellite imagery, and the Navy issued a contract for commercial synthetic aperture radar imagery and analytics.

In addition to using commercial satellite imagery, the Army has launched its own experimental imagery satellites.

In February, Raymond told reporters that the Space Force was studying whether to take up a tactical ISR mission.

“Again, it’s early in the study efforts, if you will, and whatever we do we’ll make sure that we do it in close partnership with our intelligence partners, because what we don’t want to do is duplicate efforts,” he continued. “We want to save dollars and reduce taxpayer dollars, not duplicate.”

At the McAleese Conference, Raymond sounded much more certain.

“I believe this ISR is an emerging capability that we need to get into,” he said.

So where does the Space Force fit in all of this?

With that in mind, one possibility is that that Space Force could create its new tactical ISR mission by completely taking over the Tactical Space Layer and related efforts undertaken by the other services. In a recent webcast with C4ISRNET, however, APNT/Space CFT Director Willie Nelson said that was unlikely.

“The Space Force certainly has a major role in that [the Tactical Space Layer], and we’re having those discussions now,” said Nelson. “But the Army would like to stay in those discussions and in that capability development because in many cases we have many unique requirements.”

Nelson drew a line between the Space Force as a provider of space-based capabilities and the services as users, each with unique needs and challenges. That’s how it works with PNT, where the Space Force builds and maintains GPS satellites, while the Army determines how its systems receive and use the GPS signal. Similarly, the Army manages its own SATCOM use, but the Space Force owns the government’s communications satellites.

“I think what you’ll see — again, out of the Tactical Space Layer — is a blended approach. The Space Force will do what they’re chartered to do and that is manage those space-based types of constellations in concert with the intelligence community. And then the Army, again, will be a significant user of that data and will try to help manage some of that data on the battlefield,” said Nelson.

Later on at the McAleese Conference, Tournear elaborated on how the Space Force is approaching a tactical ISR capability, suggesting that DoD wants a new layer of government-owned ISR satellites.

“The department, as a whole, needs to have a tactical ISR capability. There are folks that are doing this commercially, there are folks that are doing this in other government organizations that are covering the globe with different ISR capabilities. What we need to have as a department is to make sure that we have an assured means to provide that for true tactical targeting that we can rely on in times of war,” said Tournear.