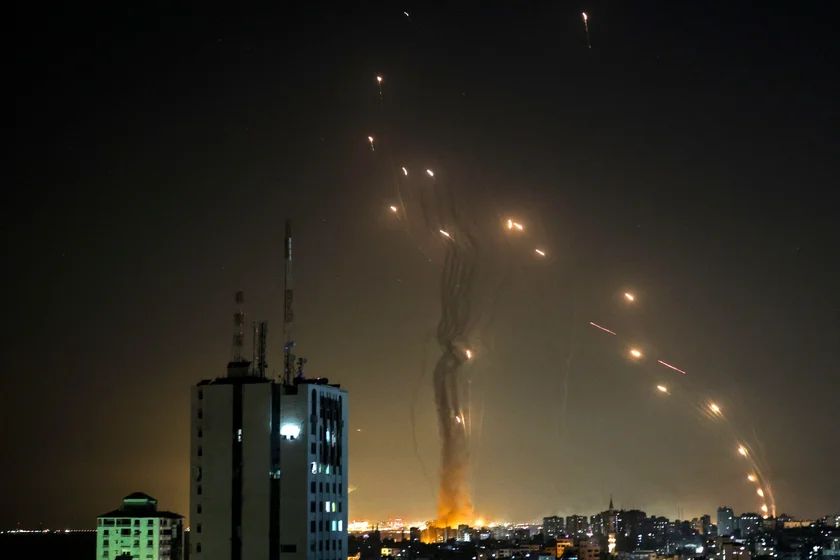 It’s astonishingly successful. That doesn’t mean it would work for America.

Some U.S. officials are pointing to Monday night’s success of Israel’s Iron Dome defenses—which shot down the vast majority of the hundreds of rockets fired from Gaza by Hamas, limiting Israel’s death toll to just seven—as bolstering the case for building more of our own missile defense weapons to ward off nuclear missile attacks by North Korea, China, Russia, or whatever other foe comes at us.

In fact, the comparison is completely invalid.

First, Hamas’ rockets fly slowly through the atmosphere. (A widely circulated video of the shoot-downs looks like it was shot in slow motion.) Ballistic missiles—which the U.S. systems are supposed to shoot down—arc into outer space and back down to Earth at 10 times the speed of sound. The former are fairly easy for radar to track and coordinate with a firing system; the latter are very difficult.

Second, over the years, Iron Dome has shot down about 80 percent of its targets. That’s an amazing success rate. But the U.S. system is designed to shoot down missiles tipped with nuclear warheads. If only 20 percent of those missiles got through, that would be a catastrophe.

Third, judging from tests over the past decade, the U.S. system would let in way, way more than 20 percent of enemy missiles. In fact, despite budgets of roughly $10 billion a year, every year, since President Ronald Reagan began the Strategic Defense Initiative (as it was originally called) back in 1983, the program—by all reasonable standards—has been a distinct failure. And it’s not getting any better.

According to a report issued last month by the U.S. Government Accountability Office, the Missile Defense Agency performed just two of its nine scheduled tests in 2020. One was a “no-test” (a software malfunction prevented the test from happening); the other was a failure. Both tests were meant to gauge the system’s ability to shoot down short-range ballistic missiles—the sorts of missiles that, for instance, North Korea has been frequently testing.

COVID was partly to blame for the delays, but, the report also noted, the Missile Defense Agency “has struggled over the past decade to execute its annual flight test plan.” In other words, even by federal standards, this is not a well-run program.

When tests are conducted, the results have been less than assuring. The interceptors have hit their targets just 50 to 60 percent of the time. According to a 2017 report by the Defense Department’s testing office, the systems demonstrated “a limited capability” to defend against “small numbers” of medium-range missiles and a “fair capability” against short-range missiles.

The system designed to shoot down long-range missiles—those with the range to hit targets in the U.S.—has performed successfully in just 10 out of 18 tests ….