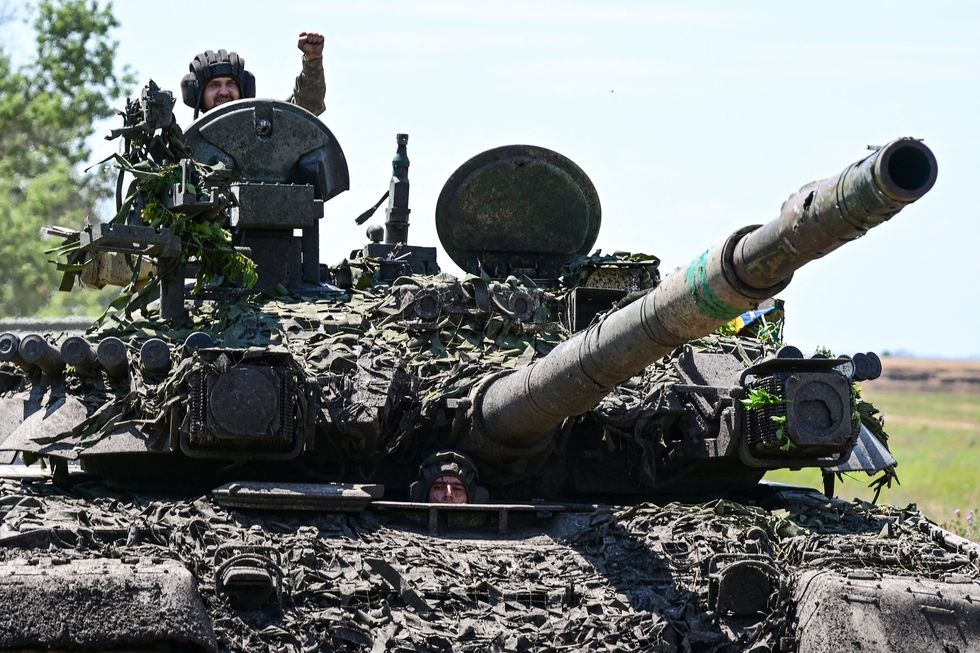 The Russian invasion of Ukraine in February 2022 has demolished the expectations of military experts worldwide. Some staples of war, like tanks, fighter jets, and howitzers, have proven surprisingly vulnerable over the course of the conflict, while rocket artillery, drones, and anti-tank weapons have punched above their weight. Others, like lasers that could protect cities and weapons that home in on radio signals, are urgently needed, but are yet to be developed.

War supercharges innovation; the life-and-death struggle between nations pushes participants to adopt new technologies to enable fresh tactics and strategies. Battlefield experience rapidly sorts out what works and what does not—the former rapidly adopted, and the latter just as eagerly discarded. The invasion of Ukraine is no exception. Here are five weapons you’ll be seeing a lot more of in the near future as a result.

Russia’s war has involved both “dumb” unguided weapons and “smart” precision-guided weapons, in the form of mortars, howitzers, multiple-launch rocket systems, and land-attack cruise missiles. Russia expends up to 60,000 artillery shells and rockets a day, raining destruction down on both military and civilian targets. Moscow has used these weapons on both military and civilian targets—and the latter is a clear war crime under international law.

Historically, there has been little defense against artillery and aircraft bombs, other than destroying the launch vehicles associated with them. In recent years, the U.S. and countries, such as Israel, have focused on lasers as a means of protecting armies in the field. A laser, powered by a diesel generator, has virtually unlimited ammunition and can rapidly target and destroy multiple threats in seconds. Russia’s cruel attacks against cities and other civilian targets have shown laser defenses also have a place protecting non-military targets.

One major advantage Russia had over Ukraine at the outset of the war was its edge in the field of electronic warfare. Russia has long prioritized the ability to broadcast powerful jamming signals capable of interfering with an adversary’s radar, GPS, and battlefield communications. A recent report credited Russian electronic warfare capabilities and their ability to jam the Ukrainian military’s communications as weakening the country’s defenses. Russia also broadcasts its own radio signals, which include air-defense radars, wireless drone-control signals, and wireless military communications, tying together the entire haphazard Russian military campaign.

Ukraine would benefit from the ability to detect and attack Russian systems emitting strong electromagnetic signals. An anti-radiation missile (ARM) capable of targeting and then destroying enemy radars, communications trucks, jamming vehicles, and other emitters would be very useful, not only in allowing Ukrainian forces to better coordinate, but also in rendering Russian forces deaf and blind. Unfortunately, while this capability is available at higher levels, most notably in the U.S. Navy’s aircraft-launched AARGM anti-radiation missile, it’s distinctly lacking at the ground level. Expect to see ARMs fielded by armies within five years.

The latest star of this conflict is the American-provided High Mobility Rocket Artillery System (HIMARS). HIMARS consists of a reloadable rocket-launch system mounted on a medium truck chassis. HIMARS can quickly travel to a firing position, unleash six precision-guided GMLRS rockets with a range of 43 miles or greater, and retreat to avoid enemy counter-battery fire. HIMARS far outranges conventional tube artillery, including cannon artillery like the 2S19 Msta self-propelled howitzer.

Traditional cannon artillery just does not have the range to “out-stick” enemy artillery, and currently there are no weapons, at least on the Russian side, that can shoot down GMLRS rockets. Few countries outside of NATO have precision-guided rockets, but the success of HIMARS + GMLRS means most countries will likely have them in a decade or less.

The Russo-Ukrainian War isn’t the first war to use quadcopter drones for surveillance missions, but it will be the war best known for them. The Ukrainian Army, in particular, has used small quadcopter drones, often made for the civilian market, to give ground troops the ability to check out their surroundings and target enemy forces while minimizing risk. These drones enable units as small as the platoon level (30-40 troops) to eliminate the element of surprise for any enemy force, particularly those operating armored vehicles.

A small, unobtrusive drone with modern digital optics and a secure data link can give even the smallest combat unit a commanding view of the battlefield, and the ability to peer a mile or more behind enemy lines. The experience of small battlefield drones in Ukraine means that the NATO armies, China’s People’s Liberation Army, the Japanese Ground Self Defense Force, and the South Korean Army will all adopt them by 2030.

According to the New York Times, Ukrainian helicopters flying dangerous missions to the city of Mariupol brought a supply of anti-tank weapons and one crucial non-weapon: a SpaceX Starlink satellite internet receiver. The receiver proved a lifeline to the military and civilian forces trapped in the besieged Azovstal steel works. The receiver, connected directly to satellites above, allowed users to bypass war-damaged cell phone service and landline internet. A morale booster for civilians, it allowed Ukraine’s government to tell the world about the siege and act as a backup for Ukrainian military communications.

The U.S. military faces a growing internet bandwidth problem, in large part due to its routing of as much secure military traffic through as few satellites as possible. This renders the system vulnerable in wartime to even a few anti-satellite weapons. SpaceX, with its thousands of relay satellites, has created a less secure—but more resilient—network. While Starlink may not be secure enough to handle sensitive military communications, it will almost certainly inspire a military-grade version down the road. That version will blend the security of existing military satellites with the coverage of Starlink, allowing it survive the loss of dozens of satellites to enemy action.