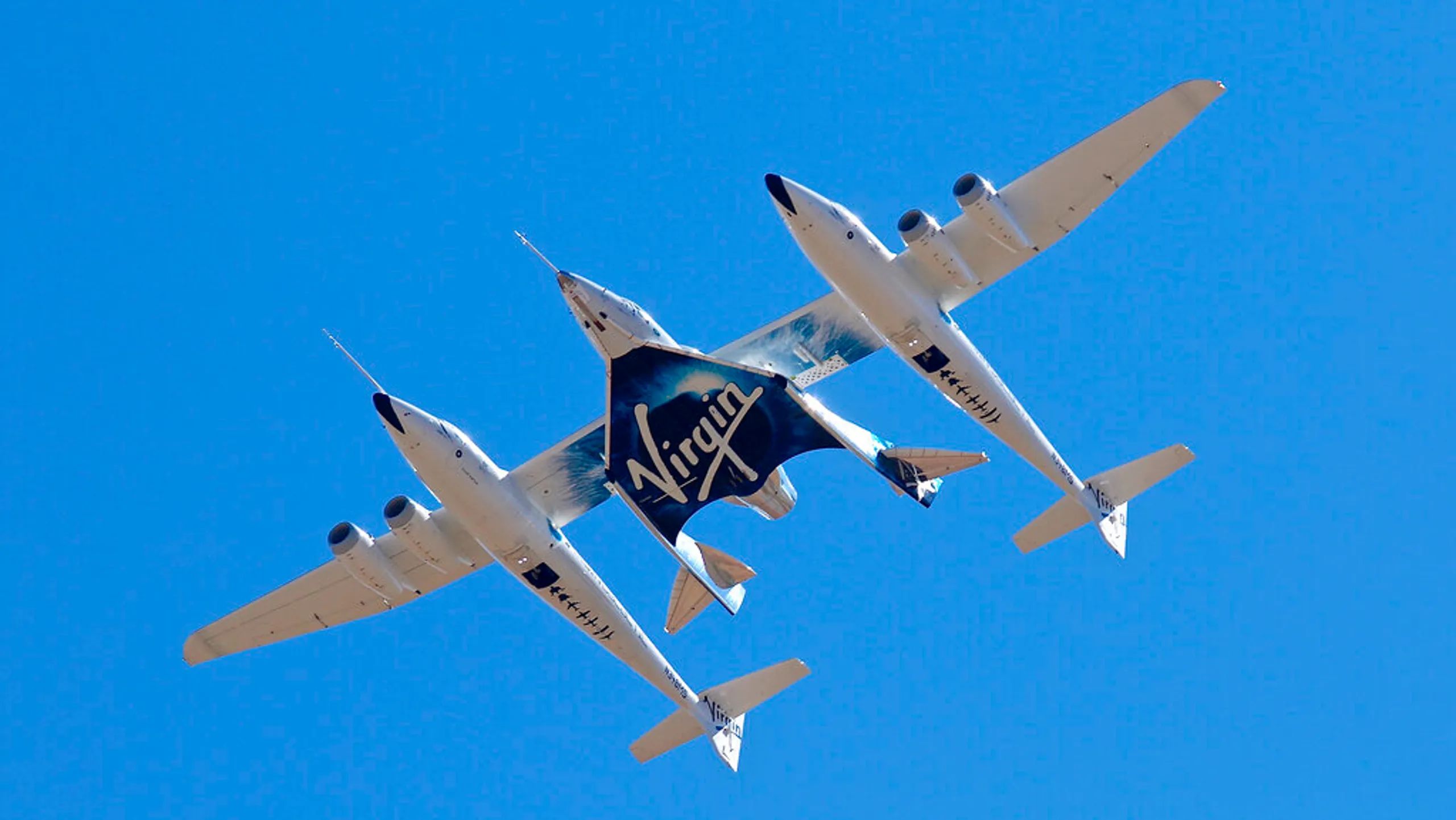 A proposal that would have taxed passenger tickets to space with Virgin Galactic was tabled by a New Mexico legislative committee Monday afternoon, effectively scuttling the bill for the current 30-day session.

H.B. 72 would have clarified an existing tax law excluding receipts “from launching, operating or recovering space vehicles or payloads in New Mexico” from gross receipts taxes, leaving the exemption for rocket payloads in place while stating sales “for transporting any person into or near space” would be taxable.

A legislative fiscal analysis projected the policy would have brought in $3.7 million in annual state and local tax revenue, using the GRT rate that would be applied in Las Cruces and Doña Ana County, where the company is headquartered.

The state Tax and Revenue Department stated in the fiscal impact report that demand for tickets with Virgin Galactic, currently priced at $450,000, was strong enough that a tax break was likely not necessary to maintain demand for the service.

Under the current gross receipts tax rate of 8.3125 percent in Las Cruces, the tax on the current ticket price would amount to $37,406, which the company could absorb or pass onto customers.

However, a summer 2019 ruling by the TRD treated tourists to space as payloads, stating: “… it seems reasonable to consider passenger revenues as receipts received for the operation of a space vehicle.”

The bill’s sponsors, Democrat Matthew McQueen of Galisteo and Republican Jason Harper of Rio Rancho, argued the intent of the law was not to exempt tourism from GRT, and that clarifying the language would be sound tax policy and open a vein of revenue for state and local governments.

“It perplexes me that we would invest over $200 million in building the facility and then also decide the activity for which the facility was intended needed to operate tax free,” Harper said.

‘I just don’t want to mess with it’

Yet the proposal met with opposition in the House Commerce and Economic Development Committee from Virgin Galactic, chambers of commerce, advocates for aerospace companies as well as committee members.

Opponents argued that the tax would deter aerospace development in the state broadly, although Virgin Galactic is the only company offering tourist flights to space.

Sirisha Bandla, a Virgin Galactic executive who flew on the spaceliner’s July flight with founder Richard Branson, claimed that the exemption had been a factor in the company’s decision to locate operations in New Mexico, saying the bill would impose “a tax on a company bringing business and jobs to the state.”

The sponsors denied any binding commitment was in place,  while opponents on the committee expressed concern it would make New Mexico seem less “business friendly” and appear as though the state was breaking a commitment.

“The message will go out around the world that New Mexico has no stable environment for business,” state Rep. Rebecca Dow, R-Truth or Consequences, said during the hearing.

The committee’s chair, Democrat Antonio “Moe” Maestas of Albuquerque, argued for a phased approach “when and if we do tax passengers… The volatility of this market is such that I just don’t want to mess with it at this juncture.”

The committee then tabled the bill on a 9-1 vote, with the lone vote against scuttling it coming from Rep. Natalie Figueroa, D-Albuquerque.

Following the vote, McQueen stated in an emailed comment, “It’s remarkable to me that Virgin Galactic talks about what a great partner they are for New Mexico and in the same breath hints that they might have to up and leave if their special treatment ends.”

Las Cruces Mayor Ken Miyagishima declared his opposition to the bill over the weekend in a Twitter post addressed to House lawmakers.

Hello NM House of Representatives, please do not pass this bill. Please remember only Doña Ana and Sierra county taxpayers were the only two NM counties to help build Spaceport America. Spaceport needs your support and not obstacles at this juncture, thanks! pic.twitter.com/Z4AU1S4uSK

“Please do not pass this bill,” the mayor wrote on Sunday morning. “Please remember only Doña Ana and Sierra county taxpayers were the only two NM counties to help building Spaceport America. Spaceport needs your support and not obstacles at this juncture, thanks!”

Doña Ana and Sierra counties both approved local gross receipts taxes to repay bonds for the $220 million construction of the spaceport, located on state trust land in Sierra County close to White Sands Missile Range. However, state appropriations have also supported operations and capital projects at the spaceport. A state agency, the New Mexico Spaceport Authority, governs the facility.

Even so, in an interview before the hearing Monday, Miyagishima argued it would be unfair to institute a GRT benefiting the state as whole: “The state wants to tax it so that they can spread it out to all 33 counties? That’s not right.”

“I just want them to get going first, instead of just throwing things at them,” he continued. “Why now? Help them. Be a little more friendly towards getting here and getting literally off the ground.”

Additionally, he said he was concerned about the company’s competitiveness with Texas-based spaceflight operations by Blue Origin and SpaceX.

Las Cruces City Councilor Becky Corran reacted to the mayor’s statement on Twitter Sunday, writing: “… don’t we tax people when they travel in an ambulance?”

Elaborating on Monday, Corran measured the fairness of GRT differently, saying she wouldn’t feel “a lick of heartache” about an additional tax for space tourists, “knowing what kinds of things the residents of Doña Ana County pay GRT on, which includes ambulance services (and) gas — the list of things that local folks whose median household income is $43,000 and per capita income is $24,000.”