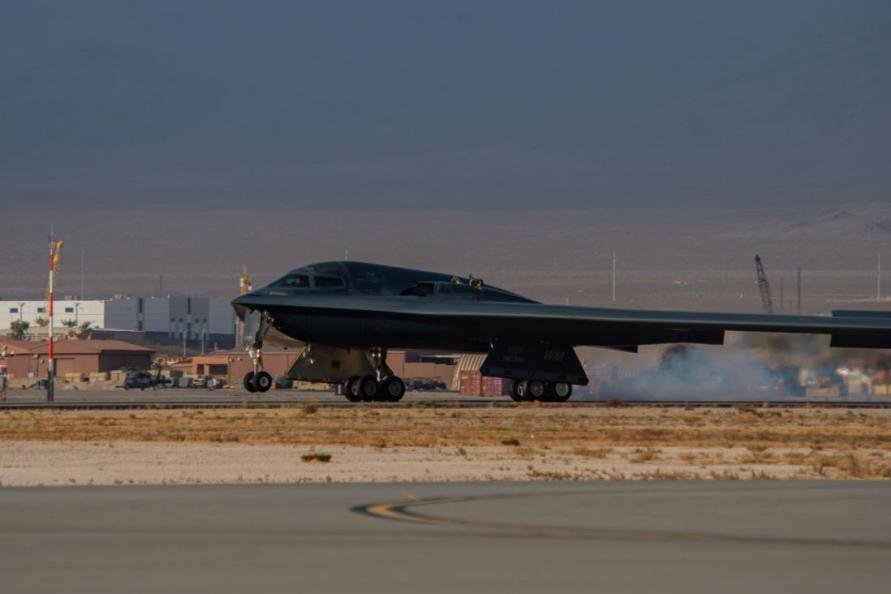 One of the branch’s largest exercises, the annual event, this year known as Red Flag 21-1, includes the involvement of the Air Force, the U.S. Space Force, the U.S. Army Space and Missile Command and the air forces of several allied nations.

Forces serve as adversaries in “red-team”/”blue-team” standoffs, with “white teams” as neutral players who steer exercises. GPS and satellite communications are used to recognize, counter and defeat threats.

“As a unit whose mission is to know, teach and replicate enemy threats — we support the USSF blue players who are currently pushing their individual missions forward in an effort to train expert Guardians [Space Force personnel],” said Maj. Scott Hollister, 26th SAS flight commander of Adversary Plans Flight.

“This includes teaching representatives from our joint and allied partners on how to employ specific tactics,” Hollister said.

About 2,400 participants are involved in the exercise, which began on Jan. 25 and will conclude on Feb. 12.

They comprise active-duty personnel and reservists from 20 states and three countries.

Aircraft involved include the the F-22 Raptor, F-35 Lightning II, F-16 Fighting Falcon, EA-18G Growler, F-15E Strike Eagle and A-10 Thunderbolt II. The 509th Bomb Wing of Whiteman Air Force Base, Mo., is regarded as in the “lead wing” position.