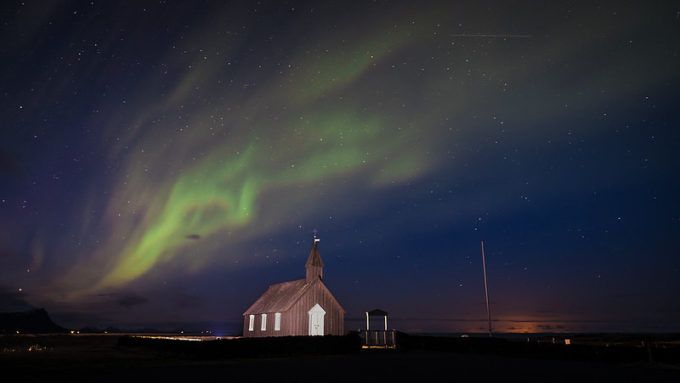 “BACK TO THE FUTURE NASA’S NEW NUCLEAR VISION” was the headline emblazoned on the cover this past month of the leading U.S. aerospace trade publication, Aviation Week & Space Technology.

“More than sixty years after the U.S. began serious studies into nuclear propulsion for space travel, NASA is taking the first steps on a new path to develop nuclear-powered engines for crewed missions to Mars by the end of the next decade,” it began.

“Nuclear enabled space vehicles would allow NASA to keep the round-trip crewed Mars mission duration to about two years, versus more than three years with the best chemical rockets and even longer with solar electric propulsion,” the extensive five-page piece declared.

Also, it said, “other factors strengthening the case for nuclear power include growing interest from the Defense Department in using the technology to extend operational capability in space.”

The article was accompanied by a two-page addition providing a military link. “Draco Embarks on Quest To Revive Nuclear Space Propulsion,” was the headline of this piece. Draco stands for “Demonstration Rocket for Agile Cislunar Operations.” It’s a program of the Defense Advanced Research Projects Agency (DARPA), a U.S. Department of Defense agency that develops technologies for the military.

Horack wrote: “Today, we have a unique opportunity to make the entire solar system—including the strategically vital regions of space surrounding the Earth and the moon—more accessible, through investments in advanced propulsion systems…Nuclear thermal propulsion is the most promising technology to accomplish these goals.” It “will enable the U.S. to ‘sail’ the ocean of space with greater efficiency, capability, and autonomy, thereby exercising and helping secure our leadership position in civil and national security spaceflight activities.”

These are “dangerous plans for full-blown nukes in space,” declares Bruce Gagnon, coordinator of the Global Network Against Weapons and Nuclear Power in Space (www.space4peace.org).

They translate to “high-risk for those of us on Earth below as nuclear reactors are launched on rockets that blow up from time to time,” said Gagnon. Moreover, although there are no cost estimates included in any of the trade journal pieces, Gagnon says: “Where will those funds come from?  Maybe from the budget that helps deal with our current climate crisis here on Mother Earth.”

Established in 1992, the Global Network, based in Maine, is the leading group internationally challenging the use of nuclear power in space.

The “BACK TO THE FUTURE” reference in the main Aviation Week & Space Technology article refers to, as it notes, how “the new program will also leverage knowledge gained as far back as the 1955-73 Atomic Energy Commission’s Project Rover and 1961-73 NASA Nuclear Engine for Rocket Vehicle Application program.” These projects “were canceled as funding priorities shifted.”

“The benefits of space nuclear propulsion are as attractive as the challenges are daunting,” said the piece. “Although offering faster trip times…the practicality of integrating a fission reactor into a viable propulsion system will require significant technological advances, particularly in materials in fuel. The solid core reactor—the configuration most likely to be used in near-term NTP designs—can create much higher temperatures than conventional materials can withstand. Additionally, fuel coatings can crack because of large temperature variations along fuel rods, lowering performance.”

“So,” asks the piece, “with these ever-prevent challenges still an obstacle, is NASA’s new nuclear space plan more realistic than previous attempts?”

In response, it quotes Anthony Calomino, whom it identifies as nuclear technology portfolio lead in NASA’s Space Technology Mission Directorate, saying: “The need case for the technology has changed in the last few decades, particularly with NASA’s focus on developing the capabilities for Mars missions.”

The additional piece with the military link starts off: “A nebulously named ‘Deterrence Layer’ is on the drawing board for the National Defense Space Architecture, and that could mean the return of a functioning U.S. operated, nuclear-powered satellite in orbit by 2025 for the first time in 60 years.”

“The idea of nuclear-powered space flight by the military is hardly original to Draco,” it states. “The U.S. Air Force operated the 950-lb. Systems for Nuclear Auxiliary Power (SNAP-10A) satellite which used an onboard nuclear reactor to generate at least 500 watts of electricity for 43 days in 1965 until the failure of a nonpropulsive component. Although no longer in service, the SNAP-10A reactor is expected to remain in orbit for the next 3,000 years.” SNAP-10A was fueled with uranium.

Not mentioned by Aviation Week & Space Technology was an accident the year earlier—involving a radioisotope thermoelectric generator, SNAP-9A, not a reactor but a device utilizing heat from the breakdown of plutonium to produce electricity. The satellite on which it was to provide power failed to attain orbit and crashed back into the atmosphere, the plutonium in SNAP-9A dispersing and spreading widely on Earth.

Dr. John Gofman, an M.D. and Ph.D. involved in the isolation of plutonium during the Manhattan Project and long a professor of medical physics at the University of California at Berkeley, connected the SNAP-9A accident with a spike in lung cancer on Earth.

The article went on: “Twenty years after the launch of SNAP-10A, the Strategic Defense Initiative revived the nuclear-powered rocket concept as a proposal for the upper stage of a boost-phase intercept that would shoot down intercontinental ballistic missiles over the Soviet Union from Alaska. As the Cold War ended, the so-called Timberwind project was transferred to the Air Force to pursue as a science experiment, but it was cancelled in 1994 before a reactor could be tested.”

The article also declares: “Concerns about launching a nuclear reactor into space have persisted for decades.”

A NASA webinar on U.S. space nuclear plans was held earlier this year, relates Gagnon, which emphasized how the U.S. is moving ahead with not only schemes for nuclear propulsion in space but for plans for “full nuclearization” of colonies on the moon, Mars “and in other planetary colonization.”

“The public relations slogan,” he said, advanced was that the space nuclear activities would be “’clean and reliable.’ That’s a laugh. Say it often enough and the public might begin to believe it.”

Gagnon said in the NASA webinar nuclear reactors for placement on the moon were described as having a “10-year life-cycle, which would mean frequent launches of these nuclear reactors.” And he noted, one out of 100 rocket launches have historically resulted in a major malfunction, usually the rocket blowing up.

Further, nuclear operations on the moon were described as “working out the kinks for the Mars missions.” Said Gagnon: “So it is more than clear that this entire program is one very dangerous experiment.”

Meanwhile, “Little is said about the national Department of Energy nuclear labs where they fabricate space nuclear devices. Over the years we’ve learned that these labs have a long and dirty track record of accidental worker and local water/air contamination of uranium and plutonium.”

“The nuclear industry clearly is interested in hitching a ride,” said Gagnon, “as it eyes the opportunity to put its toxic product on the moon, Mars and on rockets to the red planet. The DoE and NASA plan to cut as many corners as possible on testing and funding and lessen public scrutiny of these deadly projects. For those of us who have been tracking the nuclear space industry for many years, the alarm bells are clanging in our ears. It would be the right time for inquiring people to raise questions, challenge untested assumptions, and warm an unsuspecting public about the dangers of the nuclearization of the heavens.”

The SNAP-9A and SNAP-10 space mishaps spurred NASA in pioneering solar power for satellites. Now, all satellites utilize solar energy as does the International Space Station.

But although for decades claiming nuclear power was needed for space probes, NASA used three solar photovoltaic panels on its Juno space probe which in 2016 reached Jupiter. Juno is still up there, orbiting and studying the solar system’s largest planet at which sunlight is a hundredth of what it is on Earth.

There have been studies and articles through the years pointing to solar power as an energy source for moon and Mars colonies including a piece in Universe Today headed “Solar Power Is Best for Mars Colonies.”

And a Discover magazine piece, “How to Harvest Terawatts of Solar Power on the Moon,” spoke of the Japanese corporation, Shimizu, “gearing up to develop solar power on the moon.” The “photovoltaic cells themselves could be tissue thin, since the moon has no weather or air,” said the article, “and half of the moon is in sunlight at any one time.” Indeed, said the article, a huge amount of solar power energy could be generated on the moon and beamed back to Earth.