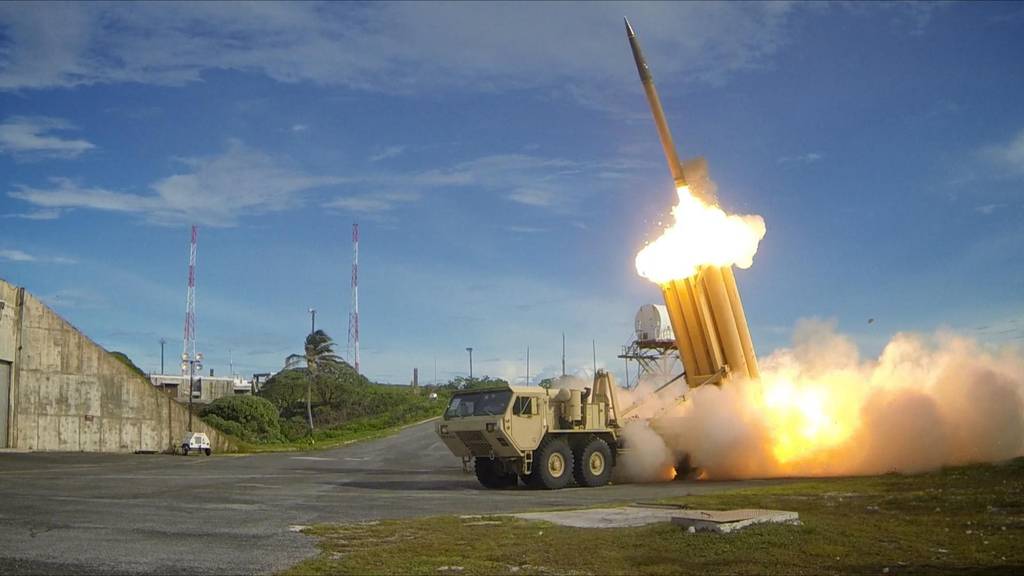 By Sakshi Tiwari,
Published by The Eurasian Times, 19 August 2022

A few days after it was revealed that Saudi Arabia was all set to manufacture parts of the Terminal High Altitude Area Defense (THAAD) system, the first few sites for storing the THAAD systems were identified.

According to a document published on August 15 as part of a proposal request, the first four sites for Saudi Arabia’s THAAD systems are anticipated to be completed by the end of 2026, all seven by April 2028, Janes reported.

The RFP was made public to find a contractor to manage the projects listed in the document for construction in Saudi Arabia.

It included the anticipated completion dates for the THAAD ballistic missile interceptor storage facility at Al-Kharj in central Saudi Arabia in January 2025 and the first battery placement at Ras al-Ghar on the Gulf coast of the country in February 2026.

Battery sites at Yanbu and Taif in the west and King Khalid Military City (KKMC) in the north will come up later the same year. Overall, seven facilities are coming up for the THAAD systems.

This comes after the General Authority for Military Industries (GAMI), the Saudi defense industry regulator, announced the local manufacture of THAAD missile interceptor launchers and canisters on the sidelines of the World Defense Show on March 7.

The US State Department had first authorized a $15 billion foreign military sale to Saudi Arabia for THAAD and associated support, machinery, and services in October 2017. The Saudi kingdom and the US signed a letter of offer and acceptance for Lockheed’s THAAD more than a year later, in November 2018.

According to a statement by GAMI, the initiatives are a part of Saudi Arabia’s commitment to domestically spending 50% of the amount set aside for defense goods and services by the year 2030.

The local manufacturing of THAAD sub-systems will potentially increase Saudi Arabia’s capability to defend itself against the growing ballistic missile threat in the region. THAAD’s exo-atmospheric, hit-to-kill ability adds an edge to Saudi Arabia’s layered missile defense architecture and supports the modernization of the Royal Saudi Air Defense Force (RSADF).

The Saudi Kingdom and the United Arab Emirates have come under an increased attack and threat from the Iran-backed Houthi rebels that the Saudi-Emirati coalition is fighting in Yemen. The UAE is also getting the THAAD systems to protect itself against enemy drones and missiles.

Saudi Arabia, one of the largest importers of foreign arms, plans to localize more than 50% of its defense spending by 2030 as part of a larger economic strategy.

“This announcement will significantly boost global and regional security while supporting job creation and economic prosperity in Saudi Arabia,” Joseph Rank, chief executive for Lockheed Martin in Saudi Arabia and Africa, said in the joint statement when it was first announced that the Gulf kingdom would produce THAAD Subsystems.

The THAAD system, which can intercept short- and medium-range ballistic missiles at greater altitudes than previous systems like the Patriot batteries used throughout the region, has been purchased by many nations besides Saudi Arabia.

THAAD was first employed in combat by Saudi Arabia’s neighbor, the United Arab Emirates, earlier this year when it destroyed incoming missiles fired by Houthi rebels.

Ballistic missiles can be intercepted by the transportable THAAD system as they are in their terminal phase of flight. It uses the AN/TPY-2 X-band radar and a single-stage, hit-to-kill interceptor to stop ballistic missiles inside and outside the atmosphere.

THAAD is a middle-tier component of the US Ballistic Missile Defense System (BMDS), protecting vast swathes of the area in and around the United States. It has shown in flight tests that it can stop short, medium, and intermediate-range ballistic missiles.

THAAD incorporates four main components: the interceptor, launch vehicle, radar, and fire control system. The local production of the interceptors and canisters in Saudi Arabia would be significant as it would reduce the overwhelming military dependence that the kingdom currently has on the United States.