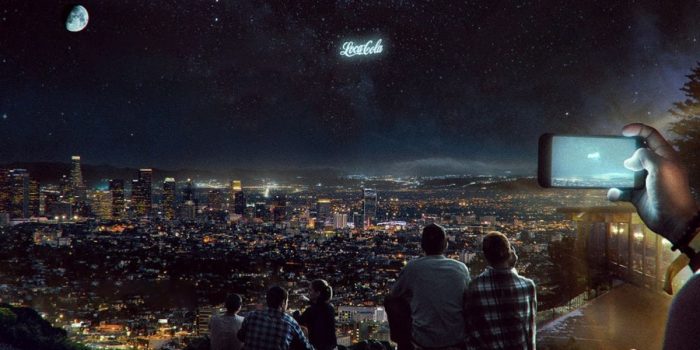 Elon Musk’s SpaceX is set to launch a satellite to space; however, this one is not to aid the global systems for communication; instead, it would be displaying billboard ads in space. It seems like marketing is being taken to the space for extraterrestrials.

Some of the renowned and multi-billionaire businesses would now be able to market and advertise their products in space now, and the payment for these advertisements could be made using Dogecoin; let me assure this to all the interested ones that the advertisement in space won’t be a cheap one rather would come with a hefty price tag.

Geometric Energy Corporation’s CEO Samuel Reid told Insider, “There might be companies which want to depict their logo… or it might end up being a bit more personal and artistic. Maybe Coca-Cola and Pepsi will fight over their logo and reclaim over each other.” Money holds it all but in crypto. The brand paying more would win space advertisement over others.

In another statement to Insider, Reid said, “I’m trying to achieve something that can democratize access to space and allow for decentralized participation. Hopefully, people don’t waste money on something inappropriate, insulting or offensive.”

Those interested in advertising their brand in space would have to buy different tokens accounting for different features. These tokens will be bought using cryptocurrencies, out of which Reid eventually sees Dogecoin surfacing as the most accepted one. There are five tokens in which Gamma determines the display’s brightness; Kappa would determine colour, Beta is for the X coordinate, Rhoe is for determining the Y coordinate, and Xi is for determining the time your ad will be displayed.

A little deal breaker here is that SpaceX hasn’t yet commented on the Canadian tech company’s announcement, leaving this space advertisement program a little skeptical. But, hopefully, if it comes to be true, it sure would be a piece of worldwide news as to which brand got to score the first ad in space.