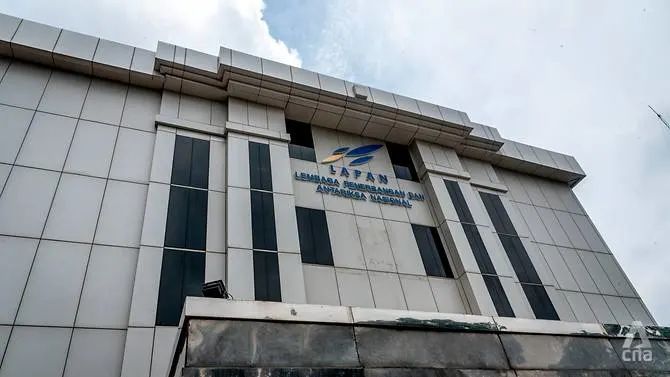 JAKARTA: Indonesia’s National Institute of Aeronautics and Space (LAPAN) said the benefits of the country’s first spaceport in Biak, Papua, are greater than the downsides, while locals are divided over the project.

The planned rocket launch site will be located on the eastern coast of the impoverished and remote island of Biak, which overlooks the Pacific Ocean. Biak is part of the Indonesian province of Papua, one of the most biodiverse regions on the planet.

The launch site will be used to launch unmanned space rockets and Indonesian president Joko Widodo has in December last year invited Elon Musk to consider Indonesia as a launch site for SpaceX.

Some residents fear the project could potentially result in the destruction of forests and displacement of residents.

In response, LAPAN chief Thomas Djamaluddin told CNA that the agency has been communicating to the people of Biak about these risks, and that most of the residents agree that the benefits outweigh the drawbacks.

“LAPAN has received a letter of support from customary leaders in Biak for the building of the spaceport. There have been rejections before because of a lack of communication.

“But by continuously approaching and communicating with them, they now see the benefits (of the project), support it and hope it can have a huge contribution to the local economy,” he said.

Mr Djamaluddin said feasibility studies for the planned spaceport are currently being conducted and the Ministry of Forestry and Environment is scheduled to conduct an environmental impact assessment of the project some time this year.

“The environmental impact assessment was supposed to be conducted last year but it was postponed because of the pandemic,” he said.

Mr Djamaluddin said LAPAN hopes to start building the facility by 2023 as it continues to look for investors.

“By 2024 we can already test multi-stage rockets at the facility even though the launch site does not fully function as a spaceport. We will continue to look for investors. We don’t have a specific timeframe as to when we have to decide whether we want to build a large-scale spaceport or a small scale one,” he said.

However, Mr Djamaluddin said LAPAN hopes to have its own spaceport by 2040.

“Indonesia has a target of building our own spaceport as well as a satellite manufacturing facility by the year 2045, in time for the centennial anniversary of our independence,” he said.

“If we can find international partners it can be faster.”

SPLIT VIEWS ON THE PROJECT AMONG LOCALS

Biak, a 2,400 sq km island, is home to a wide variety of wildlife, some of them are endangered. The forest which covered the island also provides food for the indigenous Papuans who still practise sustenance living. Biak is surrounded by pristine beaches and a thriving coral reef ecosystem.

With the project threatening the way of life of its 140,000 inhabitants, some people in Biak have expressed their rejections towards the project.

“The people of Biak are split on how they feel about the project,” Biak resident Yamander Yensenem told CNA. “People are afraid of the idea that the government will be launching rockets in Biak. They worry about the potential impacts the launch site might have.”

Another Biak resident, Mr Apolos Sroyer, said the massive project will create huge environmental and social impacts for the people of Biak.

“We have been practising sustenance living for generations. The forest is where we hunt and forage for food. Our sea is where we fish and find food. If this project goes ahead our forest, land and sea will be polluted. Then where will we find food?” he said.

Mr Dwi Sawung of the non-for-profit organisation Indonesian Forum for the Environment (WALHI) said the project poses a serious threat to Biak’s biodiversity and its people.

“There will be mass relocations and deforestations because the launch site will require a lot of space. Meanwhile, there is a big risk of fuel leakage and rocket fuels are both corrosive and toxic which can pollute the land and the sea,” Mr Sawung told CNA.

“Several satellites also use nuclear batteries. There are risks of radiation and pollution, particularly if an explosion occurs. The project poses major risks to the environment and the government must communicate these risks well to the people of Biak.”

Meanwhile, there are locals who are in favour of the project for the potential development.

Last week, Herry Ario Naap, head of the Biak Numfor regency, travelled to Jakarta to meet with LAPAN executives “to state that the regency administration, legislature and representatives of the customary community support the plan to build a spaceport in Biak Numfor regency.”

Mr Naap told reporters after the meeting on Mar 12 that rejections for the plan only come from a handful of people.

“The tribal chief where the project will be located and the clans who own the tribal land there have expressed their support and commitment to the spaceport,” he said. “Those who do not support the idea are not even from the planned site. They reject the project because they do not understand the benefits.”

The regent said that his office will continue to stage meetings with the people of Biak and promised to communicate both the positive and negative impacts of the spaceport.

“In general, people of Biak understand that this project will bring positive impacts to the regency. There will be roads and supporting infrastructures which will benefit everyone. The presence of a spaceport will inspire children to learn about space, astronomy, science and engineering so that they too can one day work at the spaceport,” he said.

Mr Djamaluddin, the LAPAN chief, said there are currently two options on the table – building a large-scale spaceport used by multiple countries or creating a small-scale launch site capable of sending nano and micro satellites under 100kg in weight into orbit.

“We are looking for international partners for the large-scale option. We have offered this project to Japan, Korea, China, India as well as SpaceX. We might end up building a consortium because this will be an international launch site which can provide services to multiple countries,” he said. “There have been interests but they are still general in nature.”

“Existing large-scale launch sites can be around to 10km by 5km in size because we need a buffer zone for safety and security reasons. It will depend on our partners and their needs. During our initial discussions, some say they don’t need that big. But there are other launch sites which are larger than 50sq km,” he said.

Building the 50 sq km spaceport would mean relocating hundreds of people living in the sub-district of Saukobye as well as those living in the nearby town of Korim, both of which would sit inside the spaceport’s exclusion zone.

LAPAN, Mr Djamaluddin added, has so far secured 100 ha of the land needed.

He is hoping that investors would be interested in Biak’s strategic location.

The planned site sits one degree below the equator and directly borders the Pacific Ocean which are ideal for launching spaceships and satellites. The equator has more rotational speed which means rockets will need less fuel to reach orbit, he said.

Mr Djamaluddin added that LAPAN also plans to build a satellite assembly and testing facility in Biak if Indonesia can find investors for the large-scale spaceport project.

The LAPAN chief said the agency is still calculating how much money they will need to build the spaceport. “It all depends on the design. Meanwhile, the design depends on the needs of the investors,” he said.

However, Mr Rawung, the environmental activist, opined that most investors would stay clear from the project if there are strong objections from the ground.

“More and more companies are looking to do their businesses in a sustainable and environmentally friendly way. Countries are also under pressure from their citizens to do the same.

“They will gravitate more to projects which leave little carbon footprint, minimise deforestation and pose small threats to the environment. These are things which Indonesia cannot provide,” he said.