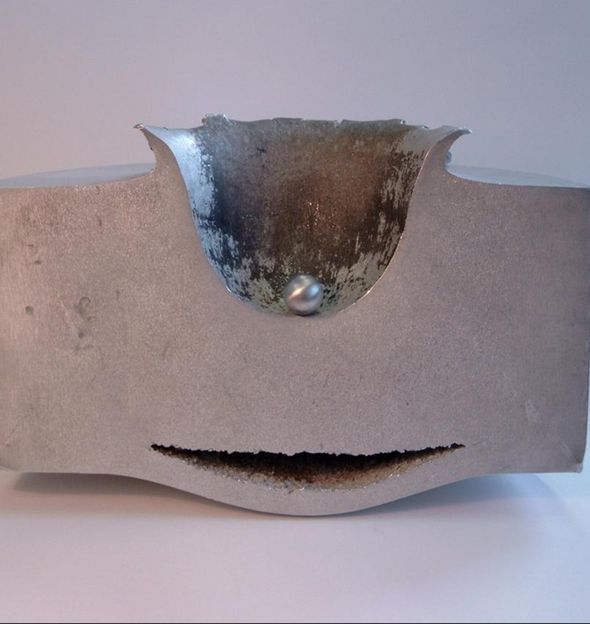 A Space Age “tragedy of the commons” is unfolding right under our nose—or, really, right over our head—and no consensus yet exists on how to stop it. For more than a half-century, humans have been hurling objects into low-Earth orbit in ever growing numbers. And with few meaningful limitations on further launches into that increasingly congested realm, the prevailing attitude has been persistently permissive: in orbit, it seems, there is always room for one more.

After so many decades of the buildup of high-speed clutter in the form of spent rocket stages, stray bolts and paint chips, solid-rocket-motor slag, dead or dying satellites and the scattered fragments from antisatellite tests—all of which could individually damage or destroy other assets—low-Earth orbit is finally on the verge of becoming too crowded for comfort. And the problem is now poised to get much worse because of the rise of satellite “mega constellations” requiring thousands of spacecraft, such as SpaceX’s Starlink, a broadband Internet network. Starlink is but one of many similar projects: Another mega constellation from a company called OneWeb is already being deployed. And Amazon’s Project Kuiper is seeking to create a mega constellation of up to 3,200 satellites in the near future.

As the congestion has grown, so too have close calls between orbiting assets. The International Space Station, for instance, regularly tweaks its orbit to avoid potentially hazardous debris. Worse yet, there has been an uptick in the threat of full-on collisions that generate menacing refuse that exacerbates the already bad situation. Consider the February 2009 run-in between a dead Russian Cosmos satellite and a commercial Iridium spacecraft, which produced an enormous amount of debris.

Finding ways to remove at least some of all that space junk should be a top global priority, says Donald Kessler, a retired NASA senior scientist for orbital debris research. In the late 1970s he foretold the possibility of a scenario that has been dubbed the Kessler syndrome: as the density of space rubbish increases, a cascading, self-sustaining runaway cycle of debris-generating collisions can arise that might ultimately make low-Earth orbit too hazardous to support most space activities.

“There is now agreement within the community that the debris environment has reached a ‘tipping point’ where debris would continue to increase even if all launches were stopped,” Kessler says. “It takes an Iridium-Cosmos-type collision to get everyone’s attention. That’s what it boils down to…. And we’re overdue for something like that to happen.”

As for the Kessler syndrome, “it has already started,” the debris expert says. “There are collisions taking place all the time—less dramatic and not at the large size scale,” Kessler adds.

Kessler’s nightmare scenario has yielded no shortage of possible debris-flushing fixes: nets, laser blasts, harpoons, giant foam balls, puffs of air, tethers and solar sails—as well as garbage-gathering robotic arms and tentacles—have all been proposed as solutions for taking out our orbital trash.

A new entrant in grappling with this worrisome state of affairs is the just launched End-of-Life Services by Astroscale Demonstration (ELSA-d) mission. ELSA-d is a two-satellite mission developed by Astroscale, a Japan-based satellite services company: it consists of a “servicer” satellite designed to safely remove debris from orbit and a “client” one that doubles as an object of interest. The project aims to showcase a magnetic system that can capture stable and even tumbling objects, whether for disposal or servicing in orbit. Following a multiphase test agenda, the servicer and client will then deorbit together, disintegrating during their fiery plunge into Earth’s atmosphere.

ELSA-d is now circling in Earth orbit. The mission was lofted on March 22 via a Russian Soyuz rocket that tossed scads of other hitchhiking satellites into space. Following the liftoff, Astroscale’s founder and CEO Nobu Okada said ELSA-d will prove out debris-removal capabilities and “propel regulatory developments and advance the business case for end-of-life and active debris removal services.” The launch is a step toward realizing “safe and sustainable development of space for the benefit of future generations,” he said.

Although ELSA-d and other technology demonstrations of its ilk are unquestionably positive developments for clearing orbital debris, they should not be mistaken for cure-alls. Despite their modest successes, such missions are falling short of addressing the dynamic dilemma at hand, and the proliferation of space junk continues essentially unabated.

“From my perspective, the best solution to dealing with space debris is not to generate it in the first place,” says T. S. Kelso, a scientist at CelesTrak, an analytic group that keeps an eye on Earth-orbiting objects. “Like any environmental issue, it is easier and far less expensive to prevent pollution than to clean it up later. Stop leaving things in orbit after they have completed their mission.”

There simply is no “one-size-fits-all solution” to the problem of space junk, Kelso says. Removing large rocket bodies is a significantly different task than removing the equivalent mass of a lot more smaller objects, which are in a wide range of orbits, he observes. Meanwhile innovations by companies such as SpaceX are dramatically lowering launch costs, opening the floodgates for far more satellites to reach low-Earth orbit, where some will inevitably fail and become drifting, debris-generating hazards (unless they are removed by ELSA-d-like space tugs). “Many of these operators are starting to understand the difficulty and complexity of continuing to dodge the growing number of debris.”

Space junk ranges from nanoparticles to whole spacecraft such as the European Space Agency’s Envisat, which is the size of a double-decker bus and at the top of everyone’s removal hit list, says Alice Gorman, a space archaeologist and space junk expert at Flinders University in Australia.

There are also objects such as despin weights, which are solid lumps of metal, and thermal blankets, which are paper-thin. “They’ll cause different types of damage and may need different strategies to remove. There is no way that a one-size-fits-all approach is going to do it,” Gorman says.

The most serious risks, she says, come from debris particles between one and 10 centimeters in size. “There’s far more of them than whole defunct spacecraft, and there is a far greater probability of collision,” Gorman says. “While debris this size might not cause a catastrophic breakup, collision with it can certainly damage working satellites and create new debris particles.”

Turning her attention to satellite mega constellations, Gorman worries about their effects in a low-Earth orbital environment that is already congested. “We also know that orbital dynamics can be unpredictable,” she says. “I want to see some of these mega constellation operators releasing their long-term modeling for collisions as more and more satellites are launched.”

There is no doubt that active orbital debris removal is technically challenging, Gorman says. “However, the big issue is that any successful technology that can remove an existing piece of debris can also be used as an antisatellite weapon,” she says. “This is a whole other can of worms that requires diplomacy and negotiation and, most importantly, trust at the international level.”

Indeed, the ability to cozy up to spacecraft in orbit and perform servicing or sabotage has spurred considerable interest from military planners in recent years, says Mariel Borowitz, an associate professor at the Georgia Institute of Technology’s Sam Nunn School of International Affairs. “These rapidly advancing technologies have the potential to be used for peaceful space activities or for warfare in space,” she says. “Given the dual-use nature of their capabilities, it’s impossible to know for sure in advance how they’ll be used on any given day.”

For now, according to Moriba Jah, an orbital debris expert at the University of Texas at Austin, the business case for space debris removal is not monetizable and is more a “PowerPoint talk” than a real marketplace.

“I think people are hoping that government basically comes to some common sense to help create and establish a marketplace for industries to engage in these sorts of activities,” Jah says. In order for that to happen, he believes that spacefaring nations have to agree that near-Earth space is an ecosystem like land, air and the ocean. “It’s not infinite, so we need environmental protection,” he says.

Jah has in mind space sustainability metrics akin to a carbon footprint. “Let’s call it a ‘space traffic’ footprint,” he says. “We need a way we can quantify at what point an ‘orbital highway’ gets saturated with traffic so that it’s not usable. Then you can assign a bounty for objects and talk about nonconsensual debris removal. Maybe there is a penalty to the sovereign owner of their dead asset that’s taking up capacity of an orbit. This could definitely create a marketplace where space-object-removal technologies can thrive.”

A classification scheme for objects in space is also needed. Having such a taxonomy, Jah says, would help sort out what types of technologies are required for removing different pedigrees of orbital clutter.

As for the big picture, Jah says it is a simple numbers game: the rate of launches exceeds the rate of space objects reentering Earth’s atmosphere. “That’s not a great kind of energy balance,” he adds.

Alas, Jah says, policy makers are still sluggish in their reactions to the problem. After all, although events such as the 2009 Cosmos-Iridium collision generate massive amounts of debris, they are still quite rare—for now.

“In my view, that 2009 collision was equivalent to passengers on the Titanic feeling that bump from an iceberg, and then there’s a band playing on deck,” Jah says. “In terms of hazardous orbital debris, things are already going a detrimental way because we haven’t changed our behavior.”

Leonard David is a veteran space journalist and author of Moon Rush: The New Space Race, published by National Geographic in May 2019.