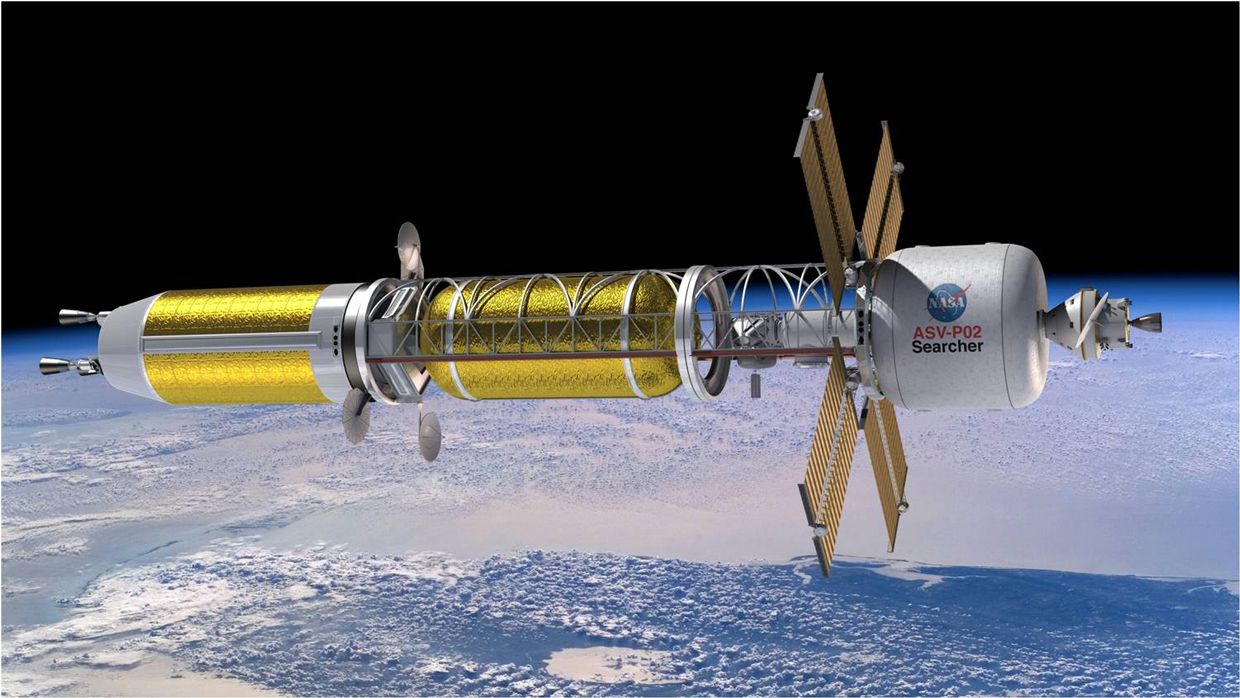 WASHINGTON — Space vehicles powered by small nuclear reactors — a technology that NASA believes could help get humans to Mars faster — also could be used for military missions in deep space, the vice chief of the U.S. Space Force said July 28.

Nuclear propulsion “holds the potential for significant advantages in terms of efficiency compared to standard chemical rockets,” Gen. David Thompson said on a virtual forum hosted by the Mitchell Institute.

“It expands the envelope in how far you can go,” Thomson said.

NASA for decades has been interested in nuclear propulsion for space exploration. The Space Force currently does not send missions beyond Earth’s orbit but might have to do that one day, officials predict.

Current electric and chemical space propulsion systems have drawbacks and limitations for long-endurance missions in deep space so nuclear propulsion is worth considering, Thompson said.

“As you, no kidding, look at operating long term and sustainment in space, I think absolutely the nation has to look again at what its use is,” the said of nuclear energy.

“We know NASA is looking at this,” Thompson said.

One scenario the Space Force is planning for is to be able to deploy and move satellites or other vehicles around cislunar space — the vast region between the Earth and the moon. That creates a challenge for traditional technologies like solar-powered systems, Thompson noted. “The further away you get from the sun the harder it is for solar panels,” he added. “Solar panels are large and flimsy, they also limit your ability to maneuver quickly.”

A demonstration of a nuclear-powered space vehicle is now being planned by the Pentagon’ technology arm, the Defense Advanced Research Projects Agency.

DARPA in April awarded a $22 million contract to General Atomics to design a small nuclear reactor for space propulsion, It also awarded $2.9 million and $2.5 million contracts to Lockheed Martin and Blue Origin respectively to design spacecraft concepts for the DRACO program, short for Demonstration Rocket for Agile Cislunar Operations.

A mission that would take months or years with conventional propulsion could be accelerated to days or weeks, he said.

DARPA’s concept is a nuclear thermal engine that uses nuclear fission to heat liquid hydrogen, which serves a propellant to create thrust.

Greiner noted that most of the funding is going into the reactor because that is the most technologically risky part of the program.

“The focus is on developing and demonstrating the engine capability, the nuclear thermal propulsion which in itself is a really quite complicated and quite challenging problem,” he said.

The DRACO mission will be a “test range in the sky” to evaluate the propulsion system on orbit.

DARPA has not yet set a target launch date or selected a launch vehicle for this project. “We are still sizing the vehicle,” Greiner said.

How the Space Force could employ a nuclear-powered spacecraft is not for DARPA to decide, he said. The goal is to “get DoD to understand that this capability is real.”

“It’s a culture shift to go from existing systems to something as advanced and enabling as this could be,” Grenier said.

On the question of the safety of using nuclear reactors, there is always skepticism, he said. “It is more of an education process,” he added. The space industry for decades has used nuclear batteries known as radioisotope thermoelectric generators as power sources in satellites and space probes, Grenier noted, so there’s a “lot of radioactivity” in space systems that has not harmed the public.