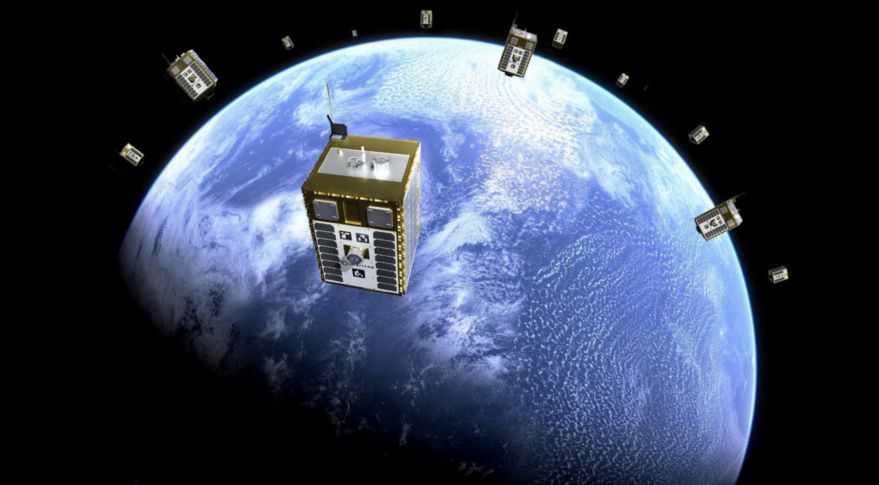 WASHINGTON – The U.S. Space Force in 2025 plans to launch to geostationary orbit three small satellites that will attempt to dock with a propellant tanker so they can be refueled in space.

The idea is to “test out pieces of the refueling infrastructure,” Col. Joseph Roth, director of innovation and prototyping at U.S. Space Systems Command, told SpaceNews last week at the Space Symposium in Colorado Springs.

The $50 million experiment, called Tetra-5, is run by the Space Force’s Space Enterprise Consortium. Bids for the project closed earlier this month.

Roth said the goal of Tetra-5 is to help the Space Force figure out how to take advantage of commercial in-space servicing technologies to extend the life of satellites in orbit, particularly geostationary spacecraft that perform critical missions and are expensive to replace.

Having commercial options to refuel satellites also could be significant for national security. The U.S. military, for example, generally avoids maneuvering satellites because it consumes precious fuel.

“If we can get fuel as a service, we don’t have to build the infrastructure on orbit, and we can focus on protecting the satellites,” said Roth.

Each of the three satellites in the Tetra-5 experiment will have sensors for rendezvous and proximity operations, and docking interfaces for refueling. Bidders have to install refueling ports in the satellites and have a choice of using interfaces developed by Orbit Fab or by Northrop Grumman.

“With on-orbit refueling of satellites we can extend the usable life of satellites by replenishing their fuel supplies while also enabling smaller fuel tanks and less restrictions on thruster use during life,” said the solicitation for industry proposals.

The Space Enterprise Consortium plans to select a prime contractor to develop three satellites – Tetra-5A, Tetra-5B and Tetra-5C. The experiment is to demonstrate both on-orbit refueling of small satellites and rapid inspection of “non-cooperative resident space objects.”

The Tetra-5 experiment is just one piece of a larger Space Force effort to tap commercial services for in-orbit satellite servicing.

“The vision I have for this whole organization is to be known as ‘air mobility command for space,’” Purdy said. “On-orbit servicing and maneuvering is in the Space Force core doctrine. We’ve never actually had actual program money allocated,” he said, but that is likely to change once requirements for these services are officially approved by the Pentagon.

Satellite servicing and refueling are capabilities that have been talked about for years but now the industry is starting to come out with standards to make hardware interoperable, which is key to making this vision a reality, said Brig. Gen. Tim Sejba, program executive officer for space battle management command, control and communications.

“Part of the first step is getting to standards that can be utilized so that we have the ability to plug in refuelers to satellites, and we can design that into the overall system going forward,” Sejba told reporters last week at the Space Symposium.

The Space Enterprise Consortium’s work on Tetra-5 is the early prototyping that needs to be done before procurement decisions are made, he said.

The request for proposals notes that legacy military satellites were designed to operate independently and self-sufficiently for many years. As a result, the amount of fuel carried on board each of them is fixed. “Future space systems require the ability to maneuver without regret. As such, these spacecraft must be serviceable and have ready access to commoditized fuel of varying types across many orbits.”

DIU is interested in technologies to transfer fuel between spacecraft, and to enable maneuver in order to provide timely access to the right fuel. “Solutions may include: interfaces, fuel depots, and related systems enabling autonomous operation between disparate spacecraft.”