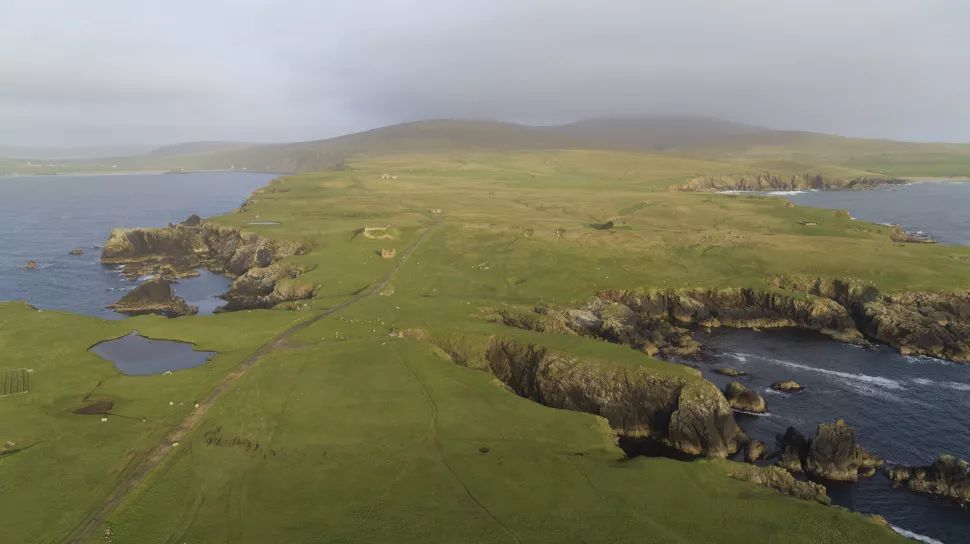 The SaxaVord spaceport aims to host the first vertical orbital launch from the UK later this year.

Construction of the SaxaVord spaceport on the Shetland Islands in the north of Scotland is set to begin soon with the aim of hosting the first British vertical orbital launch later this year.

“First works will be on improvements to access roads and one small new section of road, and negotiations are ongoing with SIC [Shetland Islands Council] to finalize the program for this,” the SaxaVord communications team told Space.com.

“Only then will construction work begin on site, so timelines at this stage are quite fluid. We are, however, still working towards the current Pathfinder launch window of Q4 2022.”

SaxaVord is located on Unst, one of the Shetland Islands, the northernmost inhabited part of the British Isles. The Shetlands lie off the north coast of Scotland and between the Faroe Islands and Norway in the Northern Atlantic.

The spaceport gained planning approval from SIC on Feb. 28. The Scottish government, which had 28 days within which it could decide to intervene, has allowed the project to proceed.

SaxaVord also has deals with two European companies: Skyrora, a UK-Ukranian launch startup, which aims to launch its first three-stage Skyrora XL rocket from SaxaVord by the end of the year, and Venture Orbital Systems of France, which last month signed a memorandum of understanding for launching its Zephyr launcher from SaxaVord starting from 2024.

SaxaVord Spaceport CEO Frank Strang said in March (opens in new tab) that upwards of £43 million ($56 million) over the next 18 months and up to £100 million ($130m) in the next five years will be spent on the project to establish three launchpads on the Lamba Ness peninsula on Unst.

Since gaining planning approval, SaxaVord has  submitted Spaceport and Range Licence applications (opens in new tab)to the UK’s Civil Aviation Authority (CAA). The spaceport is aiming to host up to 30 launches per year in the future.

SaxaVord is not the only spaceport project in the UK. It is the second spaceport to gain planning approval, with Sutherland in Scotland reaching that milestone in August 2020. That project earlier faced legal challenges over issues such as environmental protection, roads and safety, which were dismissed in court. The landowner behind the challenges recently agreed (opens in new tab) to work constructively with the project backers.

Spaceport Cornwall meanwhile is preparing to host a Virgin Orbit launch for Space Forge, an in-space manufacturing startup based in Wales, this summer.

Virgin Orbit uses its “Cosmic Girl” modified Boeing 747 carrier aircraft, releasing its LauncherOne rockets from beneath its wing to send satellites into space.

The explosion in British spaceport activity has been backed by the nation’s space agency, which wants to see the UK become the first country in Europe to perform an orbital launch (this excludes French Guiana, an overseas territory of France in South America, which hosts European Space Agency launches).

“We anticipate the first horizontal launch from Spaceport Cornwall later this year, followed by vertical launches from Scotland at both Space Hub Sutherland and SaxaVord Spaceport in Shetland,” Ian Annett, Deputy CEO of the UK Space Agency, told Space.com.

“The National Space Strategy sets out long-term plans to strengthen the UK’s status as a world-class space nation,” Annett noted, adding that the opportunities provided by commercial spaceflight will help in creating high-skilled jobs, increase local opportunities around UK spaceports and benefit the supply chain.

The UK’s launch companies and spaceport face competition, however. A number of rocket companies are emerging across Europe, including Rocket Factory Augsburg and Isar Aerospace of Germany and PLD Space of Spain, are also moving towards launches of their own, while Norway (Andøya Spaceport) and Sweden (Esrange Space Center in Kiruna) are also establishing orbital launch facilities.