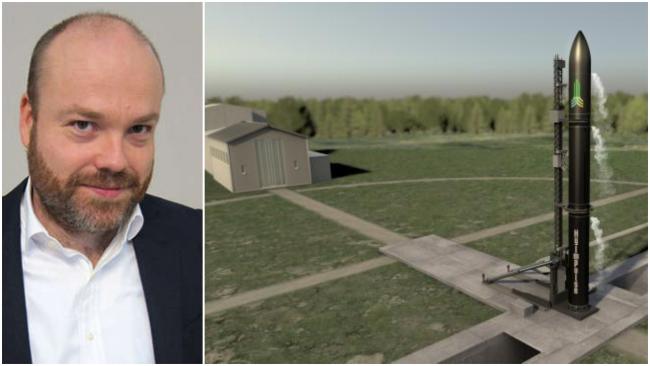 By Martin Williams,
Published by The Herald, 1 April 2021

PLANS for a space centre on Shetland backed by Scotland’s largest landowner has been blocked after it was rejected by the nation’s historic environment watchdog because it would damage a site of site of “cultural significance”.

The ambitions to create hundreds of jobs with the Shetland Space Centre, have suffered a major setback after Historic Environment Scotland rejected a scheduled monument application for the project at Skaw, the UK’s most northerly Second World War radar station which is protected as a site of national importance.

But SSC chief executive Frank Strang said they would “vigorously contest” the refusal.

He said he was “greatly surprised” by the decision, claiming HES had “done nothing to preserve the site for the last 50 years”.

The plan is for the space centre to be be used by Lockheed Martin’s UK Pathfinder satellite launch system and it would enable up to 30 launches per year.

It follows the UK Space Agency approving Lockheed Martin’s plan to use a £23.5m grant to move its UK Pathfinder Launch to the most northerly inhabited island in Scotland as part of the UK’s spaceflight programme.

The main application is for a satellite launch facility on the Lamba Ness peninsula on Unst, the most northerly of the Shetland Islands.

The launch facility is expected to create around 140 jobs on Unst and inject at least £4.9m per annum into the island’s economy.

It is expected to create a further 70 jobs throughout Shetland, adding a further £2.9m in gross value per annum to the economy.

But HES, the Scottish Government’s heritage agency has rejected a call for scheduled monument consent because of the effect on the radar station which it said was a “remarkably well preserved and intact military complex which dates from the early 1940s”.

Its function was to warn the military authorities of the position, course and speed of aircraft observed in the radar’s transmission area.

Following the German invasion of Norway in 1940, the early warning ability was seen as crucial for the defence of the wider United Kingdom.

The development of the network, including the complex at Skaw, was brought forward as the perceived threat of invasion from Norway increased.

It was one of approximately 17 early warning radar stations built in Scotland, and HES says it has “an important part to play” in telling the story of the defence of Britain during the Second World War.

The station is spread over two sites, a main and a reserve site, with over 50 buildings and structures reflecting its core early warning function.

SSC has the right to appeal but as it stands, if the Shetland Islands Council is minded to give the project planning permission, it will be automatically referred to Scottish Ministers.

It is a criminal offence to carry out works to a scheduled monument, without HES authorisation.

In rejecting the permission, HES said: “The monument is of national importance because it has an inherent potential to make a significant addition to our understanding of the past, in particular the advance of radar technology and the development of an early warning system protecting the sea and airspace around the United Kingdom. It survives in good condition as a complete example of the technical, support and domestic buildings and structures necessary to provide an early warning reporting function.

“The loss of the monument would significantly diminish our future ability to appreciate and understand the scale of the efforts employed on the home front in the defence of Britain.”

HES said that while it recognised the “probable benefits” of a national space centre, the application failed to demonstrate why the location was necessary.

“There is therefore no compelling case for the nationally important historic environment considerations to be set aside for the development,” it said.

“The application has not demonstrated that any benefits that would arise from the application could not be achieved elsewhere, outwith the scheduled area.”

Mr Strang said the SSC team hoped to enter into constructive dialogue with HES to “allow them the appropriate comfort to allow consent”.

“But be in no doubt: we will vigorously contest HES’s refusal of permission to develop and enhance a site which, while evidently of national significance, has for years been left in a dilapidated state,” he said.

“Our mitigation plans include the provision of resurfacing and repairing the visitor road access, building of an interpretation centre and public conveniences as well as the creation of local jobs.

“Our plans show little or no negative impact on the old RAF concrete buildings and by melding the old with the new will create economic prosperity in Unst and Shetland for years to come.”

An HES spokesman said: “We were consulted by Shetlands Islands Council on plans for a space port at Lamba Ness, Unst, which we recognise as a significant project in terms of its ambition for Scotland to be recognised as a major player in the small satellite launch market, as well as its potential value for local economies. We have objected to the proposals due to their significant adverse impact on the Skaw radar station, which is protected as a scheduled monument.

“We would welcome the opportunity to work with the council and applicants to explore alternative options for a spaceport that would reduce the impacts on the scheduled monument.”