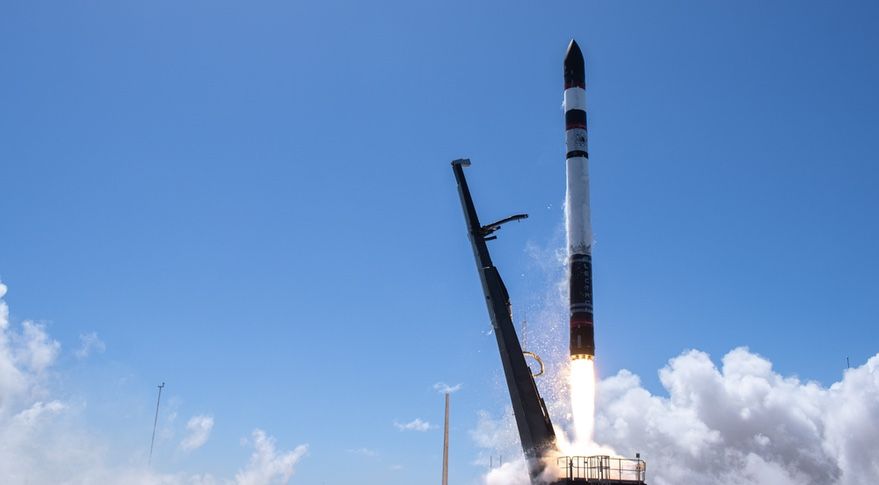 The Electron lifted off from Rocket Lab’s Launch Complex 1 on Mahia Peninsula, New Zealand, at 8:38 p.m. Eastern. The rocket’s kick stage deployed two BlackSky Gen-2 satellites into orbits at an altitude of 430 kilometers nearly an hour later. BlackSky later confirmed both satellites were operating as expected after deployment.

The launch, called “Love At First Insight” by Rocket Lab, was the first for the Electron since July 29, when it carried a payload for the U.S. Space Force. Pandemic-related lockdowns in New Zealand in recent months pushed back the launches, including a series of three consecutive launches for BlackSky it announced in August through launch services provider Spaceflight.

The launch was also the third Electron mission to test the ability to recover and reuse the rocket’s first stage. On this mission, a helicopter monitored the descending booster as it splashed down in preparation for future missions where that helicopter will attempt to capture the booster in midair.

That test was a success, the company said. “This is our third successful proof of concept recovery mission, and further cements Electron as the leading launch vehicle for the small satellite market,” Peter Beck, chief executive of Rocket Lab, said in a statement. “We are all excited to move onto the next phase of reusability next year; catching Electron in the air with a helicopter.”

The next Electron launch, “A Data With Destiny,” is scheduled in December and will carry another pair of BlackSky satellites. That will be the sixth and final Electron launch of 2021, but company executives said in a Nov. 15 earnings call that they expected a higher flight rate in 2022.