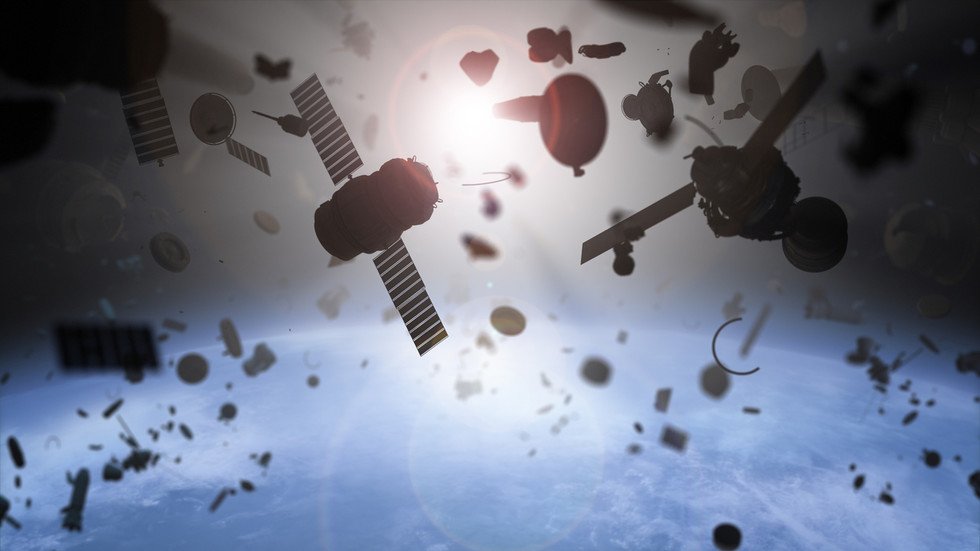 News that Russia has tested an anti-satellite missile has sparked concern for spacecraft and, more worryingly, highlighted the lack of international treaties regulating space weapons, meaning the cosmos is becoming a battleground.

While the US currently opposes controls on orbital arms, the shifting balance of power means that it would likely do well to reconsider. The test in question, confirmed by Moscow on Tuesday, destroyed an old, inoperable Soviet reconnaissance satellite, with Washington blasting the operation as “irresponsible” and “reckless” over the resulting debris.

So-called “space junk” poses a serious danger to objects such as satellites and the International Space Station. By adding to the cloud of junk floating around in orbit, Russia has done nobody any favours, although it should be pointed out that the test didn’t break international law, as there is at present no binding legal regime regulating space debris.

Typical of Western responses to the Russian test was that of General James Dickinson, commander of the US Space Command, who said that Russia had “demonstrated a deliberate disregard for the security, safety, stability, and long-term sustainability of the space domain for all nations.”

“We won’t tolerate this kind of activity,” added US State Department spokesman Ned Price. But while American complaints about space debris may be valid, one wonders whether their real concern is the threat the Russian test poses to their military dominance.

Experts distinguish between the militarization and the weaponization of space. The first involves using space for military purposes, such as communications, and the second involves placing systems with destructive capabilities in space. Militarization happened long ago. Weaponization has yet to occur.

The only legal instrument regulating weapons in space is the Outer Space Treaty of 1967 which prohibits the placing of nuclear weapons or other weapons of mass destruction in orbit around the Earth, or on the Moon or celestial bodies. Efforts to expand the prohibition to weapons in general have failed, in large part due to American resistance.

While some strategists have argued that it is better to leave space as a “sanctuary” and to avoid going down a path that will lead to a new arms race, the current of opinion in American military circles has long been that such an arms race is unavoidable and that it is better for the United States to get a lead on others while it enjoys a technological advantage.

As the then-Commander-in-Chief of US Space Command, Joseph W. Ashy, said in 1996:

Since the time of Ronald Reagan, powerful forces have also been lobbying hard for space-based anti-ballistic missile defence systems, a key component of which would consist of weapons systems in orbit. For these reasons, the USA has opposed efforts to tie its hands by means of arms control. In 2006, the US National Space Policy announced that the country will “oppose the development of new legal regimes or other restrictions that seek to prohibit or limit US access to or use of space. Proposed arms control agreements or restrictions must not impair the rights of the United States to conduct research, development, testing, and operations or activities in space for US national interests.”

Consequently, when in 2008 China and Russia proposed a draft Treaty on Prevention of the Placement of Weapons in Outer Space and of the Threat or Use of Force against Outer Space Objects, the United States rejected it. Similarly, the United States has consistently voted against an annual resolution put forward by the ad hoc committee of the UN Conference on Disarmament, entitled “The Prevention of an Arms Race in Outer Space.”

The differing approaches of the US and its Western allies on the one hand, and Russia and China on the other, became clear last year when the two sides backed competing UN committee resolutions. The first, drafted by the British and supported by the US, encouraged UN members to “share their ideas on the further development and implementation of norms, rules and principles of responsible behaviours” in space. Russia voted against this innocuous proposition, complaining that it failed to “include provisions on the need for peaceful uses of outer space, on prohibiting the installation of weapons there, on threats of use of force and a clear outline of responsible behaviour.”

Instead, Russia supported a rival draft that declared that, “the exclusion of outer space from the sphere of the arms race and preserving the realm for peaceful purposes should become a mandatory norm of State policy and a generally recognized international obligation.” The US, along with the UK, Australia, Canada, France, Israel, Japan, the Marshall Islands, and Ukraine voted against this second, more robust resolution. It would appear that they prefer vague talk about “norms” rather than a specific prohibition of the weaponization of space.

Underlying this attitude is the idea that arms control benefits the weaker side, and that as the world’s dominant military power, the US should not agree to being constrained. An arms race in space would be unwelcome, but if one happened, the US would win. Unfortunately for the Americans, it can no longer be so sure of this, and recent technological advances have rendered many of its plans for space irrelevant.

Most notably, Russia’s deployment of hypersonic glide missiles has made the tens of billions of dollars invested by Washington in ballistic missile defence worthless. Even if the Americans could develop some space-based defence system against these missiles, the cost would be gargantuan, and by the time the system could be deployed, new technologies would already have produced counter-measures. The idea that America needs to weaponize space in order to defend itself against nuclear attack doesn’t stand up to scrutiny.

The Russian anti-satellite test may be seen as an effort to try to force the United States to recognize its vulnerability and so bring it to the negotiating table. This may not work. The gargantuan sums of money mentioned above mean that there are powerful institutional interests in the United States who will resist any such effort. This is highly regrettable. Nobody but generals and arms manufacturers will benefit from an arms race in space. The sooner everyone recognizes this the better.

Paul Robinson is a professor at the University of Ottawa. He writes about Russian and Soviet history, military history and military ethics, and is author of the Irrussianality blog. He tweets at @Irrussianality.