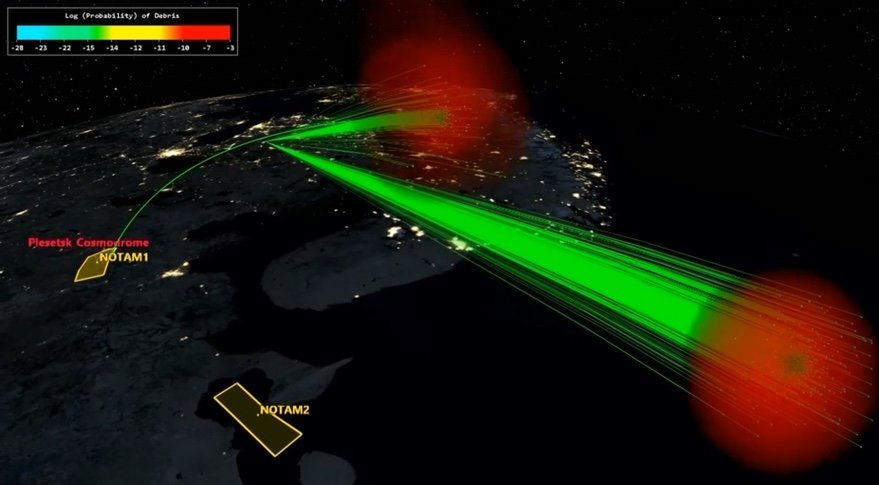 WASHINGTON — The government of New Zealand has formally joined a U.S.-led ban on testing of destructive direct-ascent antisatellite (ASAT) weapons in an effort to build momentum for a global prohibition on such tests.

In a July 1 speech at the University of Otago, New Zealand Foreign Minister Nanaia Mahuta announced that the government would join the declaration by the United States in April that it would not conduct such “irresponsible” ASAT tests because of the debris they produce, increasing the risk of collisions with satellites.

“Today I’m pleased to announce that Aotearoa New Zealand will join this declaration and make the same commitment,” she said, according to an official transcript of her speech. “We will not conduct destructive direct-ascent antisatellite missile testing.”

The decision has no practical effect on New Zealand’s space activities, as the country had neither developed nor proposed to develop direct-ascent ASATs. “We do not have that capability, and neither are we looking to develop it,” she said. “But our commitment is a further expression of our multilateral commitment towards establishment of rules and norms.”

That included, Mahuta noted in her speech, participation in the first meeting of a United Nations-chartered Open-Ended Working Group (OEWG) on responsible space behaviors in Geneva in May. That meeting was the first of four over two years in an effort to develop norms and rules of behavior that might eventually lead to binding agreements.

“We are only at the beginning of that process, but we are optimistic that this approach can lead to a pragmatic and constructive outcome,” she said of the OEWG meeting. “It will take time and will require ongoing attention to ensure the rules remain fit for purpose. Eventually, this may mean the negotiation of a comprehensive legally binding treaty. “

It was at that OEWG meeting that the Canadian government announced it was joining the U.S. ASAT testing ban. No other countries have formally joined the ban, but at the meeting representatives of several countries expressed support for it while stopping short of formally acceding to it.

“We definitely welcome the U.S. commitment,” said Clive Hughes, head of space security and advanced threats in the United Kingdom Foreign, Commonwealth and Development Office, during a panel discussion at the Fourth Summit for Space Sustainability June 23. The U.K. led the passage of the U.N. resolution that established the OEWG.

“It’s got to be at the forefront of the kind of responsible behaviors we’re trying to persuade through the U.N. Open-Ended Working Group process,” he said of an ASAT testing ban.

Jessica Tok, space policy analyst in the Office of the Assistant Secretary of Defense for Space Policy, said on the panel the U.S. government’s decision to ban such tests was an attempt to focus on behaviors rather than specific technologies. “Instead of banning the technology, what is the behavior we want to stop?” she said. A destructive direct-ascent ASAT test ban was “one of the easiest behaviors we could come out with” ahead of the first OEWG meeting.

She called an ASAT testing ban an “initial step” toward broader norms and rules of behavior, rather than going directly to a binding treaty as some nations have argued. “We’ve got to take that first step, and so for us, the ASAT missile testing ban is essentially that first step.”

Another advantage of the testing ban, she added, was verification. “We want something that the international community is able to verify itself,” rather than simply trust the United States or another country, she said, citing the growing space situational awareness capabilities of countries and companies. “It’s a lot easier to verify that a violation has occurred.”

During the panel, Dan Oltrogge, chief scientist of commercial space situational awareness company COMSPOC, discussed the effects the November 2021 Russian ASAT test had on operations in low Earth orbit, including “conjunction squalls” or spikes in the number of closes approaches with satellites in sun-synchronous orbits.

“ASAT tests are a pressing threat to our safety and security and sustainability,” he said, noting the U.S. ban on such tests. “I’m sure the global community would love to see more and more countries take this step.”