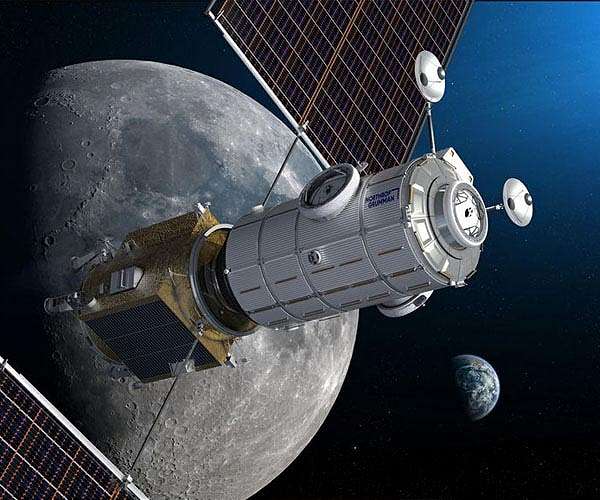 Bethesda MD (SPX) –The space community is moving beyond Low-Earth Orbit (LEO) and expanding more activities toward the Moon and in cislunar space, i. e., lying between the earth and the moon or the moon’s orbit. Thus, as in LEO, space is getting more congested with crowding and pollution problems. As countries expand commercial and military cislunar operations we can expect to face the challenges of managing space traffic and controlling access to limited and sensitive orbits.

In particular, national security space operations that are in cislunar space could lead to interference with military proximity operations. Judging from several recent announcements, the US Space Force is becoming more preoccupied with potential missions in cislunar space because of possible global competition with China and others.

The US DOD has several new efforts directed at developing new technologies addressing more military uses of cislunar space. For example, US AFRL’s Space Vehicle Directorate, DARPA and the Space Development Agency are interested in developing satellites for Space Domain Awareness (SDA) capabilities in order to monitor activities by adversaries around the Moon.

USSF expects that within 20 years several nations will be undertaking cislunar missions such as Communications, Intelligence, Surveillance and Reconnaissance (CISR). In addition, expect to see commercial and civil activities that may include asteroid mining, on-orbit gas stations and space-based manufacturing operations.

In summary, the US and other spacefaring nations should already be developing technical and regulatory solutions to avoid potential future disasters. Concerns include debris threats and the implementation of space traffic management.