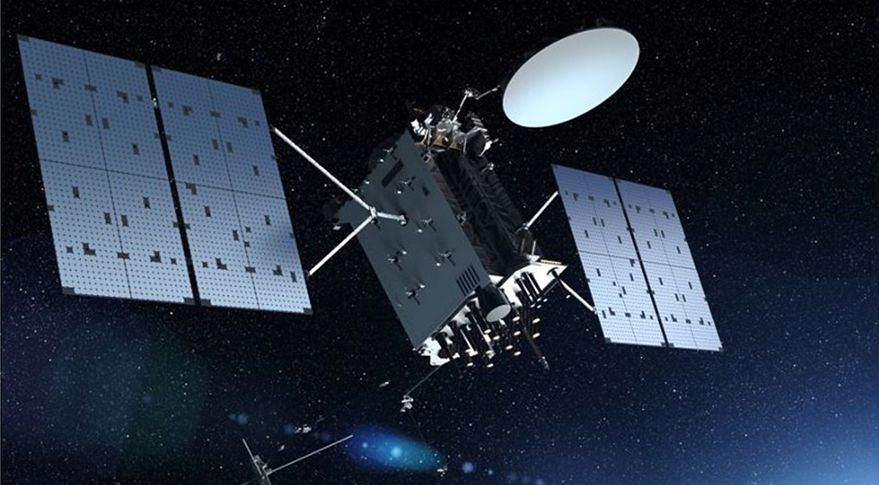 TAMPA, Fla. — Lockheed Martin is looking to set up a satellite manufacturing base in the United Kingdom to expand its global space business, the U.S.-based aerospace and defense giant said March 1.

The facility could potentially focus on building entire satellites, their parts or ground networks for government and commercial customers, according to Nik Smith, Lockheed Martin’s U.K. and Europe regional director for space.

Smith said the plans are still in the “fact-finding and feasibility” stage but also involve creating a research and development center in the U.K., and using the country to access more export markets.

He described the move as the “next stage” for Lockheed Martin’s space ambitions in the U.K., where the company is currently helping the British government develop a domestic launch capability.

He said Lockheed Martin is seeking to “build a viable and sustainable space business in the U.K., and that means actually having some kind of operating presence here in the U.K. [that generates] its own technology and own [intellectual property], and creates the jobs that come with it.”

In a March 1 news release that announced plans to establish a space-focused facility in the northeast of England, Lockheed Martin outlined intentions to create up to 2,300 jobs for a facility it said would represent an investment of more than £50 million ($67 million).

It would be Lockheed Martin’s largest space-focused expansion outside the United States, according to Smith, who said the company currently employs about 1,800 people in the U.K. across various aerospace and defense activities.

Some of the new jobs outlined in the news release would be created outside Lockheed Martin, Smith added, and in an expanding supply chain that the company aims to foster.

“[W]e would expect a lot of that growth to actually be realized in some of our strategic [and] delivery partners,” he said.

The expansion plans come a month after the U.K. released a military space strategy Feb. 1, with an aim to invest nearly $2 billion in low Earth orbit satellites and other technologies over the next decade.

In September, the British government published a space strategy that also outlined ambitions to turn the country into a major global space power.

According to Lockheed Martin, its U.K. outpost could help the British government grow its space industry by providing satellites for a range of strategic applications, from monitoring weather to delivering GPS services and military connectivity.

“With the aspirations that the government have laid out in both their national space strategy and their defense space strategy, we recognize that if we’re going to participate in the programs laid out in there then we need to be able to deliver against things like social value, and some of the other key economic policies here as well,” Smith said.

He declined to discuss specific programs, including whether Lockheed Martin seeks a role in helping the British government equip OneWeb’s LEO broadband satellites with a global navigation satellite system.

The British government partly owns OneWeb. Its satellites are currently built by a Florida-based joint venture the operator shares with Europe’s Airbus, the largest space company in the U.K.

However, Smith believes there is plenty of room for multiple satellite manufacturers as the U.K. seeks to expand its space industry.

“I think what we would look to do is bring something in that complements the existing footprint and industrial base that’s here, with a view that through that diversity and supply chain, you can then start thinking about how we potentially do something different from a technology perspective — but also go and access new markets,” he said.

He added: “This wouldn’t be about taking work off each other. It’d be about how do we actually, collectively, try and grow the sector overall.”

Smith said Lockheed Martin will first seek to establish a small-scale operating facility before ramping up operations, adding that “our assessment says we would need to have something I think operating here by next year.”

On Feb. 28, the U.S. Defense Department’s Space Development Agency awarded the company a $700 million contract to build 42 satellites by 2024 for a global communications network in low Earth orbit.

Northrop Grumman and York Space Systems are also building 42 satellites each under a contract that is worth nearly $1.8 billion in total.