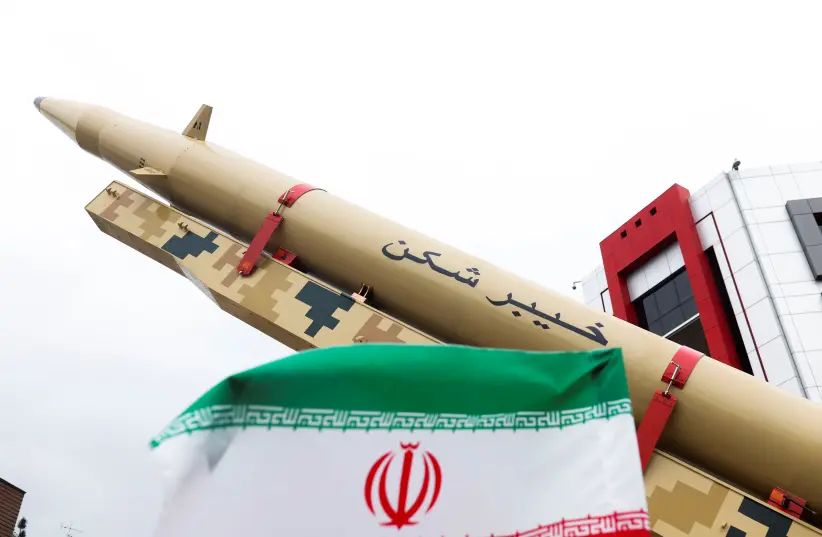 By Campbell MacDiarmid,
Published by The Jerusalem Post, 10 November 2022

Hypersonic missiles can fly at least five times faster than the speed of sound and on a complex trajectory, which makes them difficult to intercept.

“This missile has a high speed and can maneuver in and out of the atmosphere. It will target the enemy’s advanced anti-missile systems and is a big generational leap in the field of missiles,” commander Amir Ali Hajizadeh was quoted as saying.

Hypersonic missiles can fly at least five times faster than the speed of sound and on a complex trajectory, which makes them difficult to intercept.

However, there have been no reports of such a missile being tested by Iran and, while the Islamic Republic has developed a large domestic arms industry in the face of international sanctions and embargoes, Western military analysts say Iran sometimes exaggerates its weapons capabilities.

Concerns about Iran’s ballistic missiles did however contribute to a US decision in 2018 under then-President Donald Trump to pull out of the nuclear pact that Tehran signed with world powers on 2015.

Last week, Iran said it tested the Ghaem 100, its first three-stage space launch vehicle, which would be able to place satellites weighing 80 kg (180 pounds) in an orbit 500 km (300 miles) from the earth’s surface, according to state media.

The United States has called such actions “destabilizing” as it believes space launch vehicles could be used to transport a nuclear warhead.