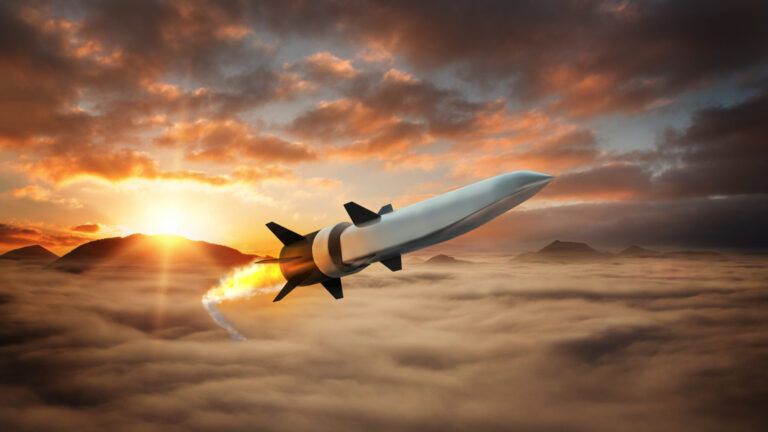 WASHINGTON: Reusable super-high-speed aircraft and space launch systems are some of the capabilities being eyed for future Pentagon research into hypersonic technology, according to Gillian Bussey, director of the Defense Department Joint Hypersonics Transition Office.

The future of reusable hypersonic vehicles was just one topic in a wide-ranging overview of the Pentagon’s investment in hypersonic technologies, delivered by Bussey Nov. 15 during a speech at the American Institute of Aeronautics and Astronautics ASCEND space conference. The speech provided perhaps the most comprehensive rundown to date of the various hypersonic programs underway at DoD.

“For the long term, we’re interested in reusable aircraft, as well as eventually systems that allow us to get access to space with hypersonics,” Bussey said.

Bussey said it’s important for DoD to be thinking today about future technologies — and not get bogged down with keeping current R&D efforts on track — in order to stay in front of military competitors, particularly China

She explained that current prototyping programs are based on use of Section 804 funds, and thus have strict limits on duration. This means researchers leading those programs end up focused on “making sure that they can meet schedule,” resulting in prototypes being fielded that don’t quite meet battlefield requirements.

As a result, “the DoD research community” then has to “pick up” where the prototype efforts left off to fill capability gaps and bring the prototypes up to snuff for the warfighters. And, in turn, having to focus on ongoing programs “doesn’t leave a lot of money or time” for researchers to work on cutting-edge, next-generation capabilities.

“I want to make sure that … we’re not locked into something for the next 30-40 years because we’re loathe to invest in a new system,” she said. “We know that when we look at our potential adversaries, they’re already on their next ones.”

Therefore, she said, her office is looking at what might be needed to build the next-generation boost glide vehicles, coming in behind the Air Force’s AGM-183A Air-Launched Rapid Response Weapon (ARRW) and the Navy Conventional Prompt Strike weapon. For example, she said, can DoD develop glide vehicles with a higher lift over drag ratio, meaning they can carry a bigger payload for a longer duration over a longer range?

New thermal protection capabilities and “reusables” are of interest too, she said.

She noted that “one thing that’s been frustrating for me in terms of the reusables is there’s no shortage of ideas on how you can use them, but from the department perspective, we’ve got to figure out which direction we’re going, which application we want to invest in, because they’re not cheap.”

As for space systems, Bussey said, the general idea is that using hypersonic tech could make access to space cheaper and more responsive — that is, with launch capability ready on demand in a crisis. “But I think we’re a ways away from that,” she admitted.

Phase four, she explained, would be moving prototype projects into actual programs of record, although no efforts have yet hit that stage. Nonetheless, she said, “we’re well on track to having a program of record with some of those systems, and that’s where you get to the significant quantities that we need to really make a difference on the battlefield.”

The effort closest to achieving phase three, she said, is Army’s Long Range Hypersonic Weapon (LRHW) program. “We’re looking at having that fielded in the next year or two,” she said. The Army already has fielded launchers, trucks and other ground systems for training. “The only thing that’s missing is the missile,” she said. The Army has said it intends to deliver the first battery of LRHW missiles next year.

“It’s a pretty successful effort. So this will be our first system that will actually be deployed and ready for use,” she said.

Bussey explained that the LRHW uses the Common Hypersonic Glide Body, which was successfully tested last year and now transitioned to the Army, as well as to the Navy for the Conventional Prompt Strike system which also is nearing fielding.

This leaves the Air Force’s ARRW (pronounced arrow) sort of out in the cold — stuck in the phase one concept development and initial testing stage. ARRW, being developed by prime contractor Lockheed Martin, is a hypersonic glide vehicle designed to be carried by a B-52 bomber. ARRW failed its first flight test in April, as well as a second booster flight test on July 28. Nonetheless, the service — for the moment, anyway — remains wedded to beginning production of the missile in 2022.

Since 2019, the Pentagon has increasingly focused on developing lighter scramjet technologies, but at the moment the ongoing air-breathing programs also are in phase one, Bussey explained.

That includes DARPA’s classified Hypersonic Air-Breathing Weapons Concept (HAWC) program. HAWC, built by Raytheon Technologies, had its first successful flight test on Sept. 27. Few details have been provided, and Bussey also demurred — although she waxed optimistic about the program.

“We’re one step closer to transitioning HAWC to a program of record to offer a next-generation capability to the US military,” she said.

Bussey said that another key effort is her own office’s HyFly 2 propulsion risk reduction program, designed to “provide another option to our decision makers” for a smaller scramjet that would fit on the Navy’s F/A-18 carrier launched jets. The office contracted last year with Boeing as the prime.

“We funded them to about $50 million to mature that propulsion system to preliminary design review. And we’re really happy with how that’s been going,” she said. “We see that that’s really making a difference, and really helping the Air Force and the Navy make decisions about what programs they want to pursue.”

Aerojet, the subcontractor developing the dual-combustion ramjet engine designed to fly at Mach 6, announced in September that it had completed ground testing of a key HyFly 2 component. The company is under contract to build two flight test engines for a demonstration led by Boeing, DARPA and the Office of Naval Research, a press release explained. “Future flight tests will feature a missile configuration compatible with surface ship and submarine launches as well as U.S. Navy and Air Force aircraft.”

Finally, Bussey said that her office has selected 37 basic science and technology development projects, worth about $53.4 million, for investment. She explained that the office’s focus for S&T “has shifted a little bit” towards operability and effectiveness against given targets.

This includes “expanding the target set, and making sure that we have the guidance systems, the warheads will allow us to do that,” Bussey noted. “For example, apertures and radomes for seekers are particularly important — you’ve got to protect those seekers, you need apertures, radomes that allow signals to get in and out, you know, the right signal at the right frequency.”

The issue of protecting seekers is particularly acute for the Missile Defense Agency, she said, which relies heavily on infrared systems.

Further, Bussey said that within her office, “we’re concerned about offensive uses of hypersonics as well as defending against hypersonics.” So for that reason, her team is looking at issues like weapons “lethality against specific targets” and specific effects of a strike by a “hypersonic weapon, which is typically traveling about Mach 3 and sometimes higher” when it hits its target.

“We’re very focused on closing the kill chain,” she said, adding that at the same time “we are really trying to divide our resources equally across the programs and across the services.”