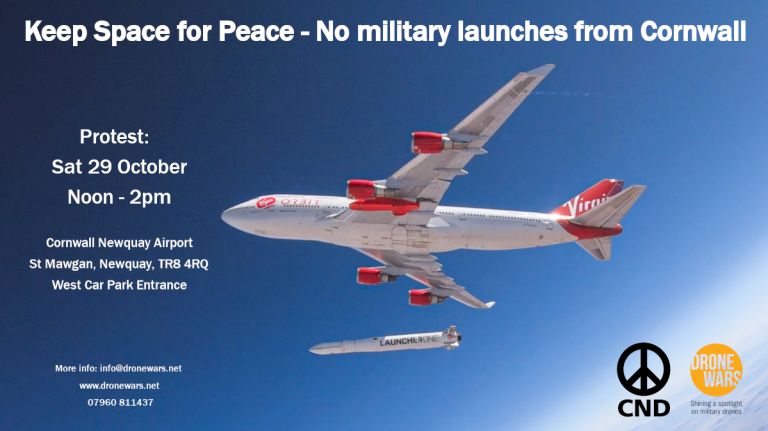 The first space launch from UK soil will take place sometime during the first two week of  November with a ‘launch window’, granted by the Civil Aviation Authority (CAA) opening on  October 29.

While the launch is being presented as a step forward for the civil space industry – with Virgin’s commercial space ambitions being heavily promoted – the rocket will launch two military satellites (that we know about) alongside commercial ones: Prometheus-2 and Coordinated Ionospheric Reconstruction CubeSat Experiment (CIRCE).

Prometheus-2 is a CubeSat intended as a test platform for monitoring radio signals including Global Positioning System (GPS), conducting sophisticated imaging, and paving the way for a more connected space-based communication system. It was built in collaboration with Defence Science and Technology Laboratory (DSTL), In-Space Missions, and Airbus Defence and Space, with DSTL owning the satellite.

CIRCE is a joint mission between DSTL and the US Naval Research Laboratory. This satellite, we are told, “seeks to advance space weather measurement and modelling capabilities. It comprises two CubeSats that will orbit in near-polar low-Earth orbit.”