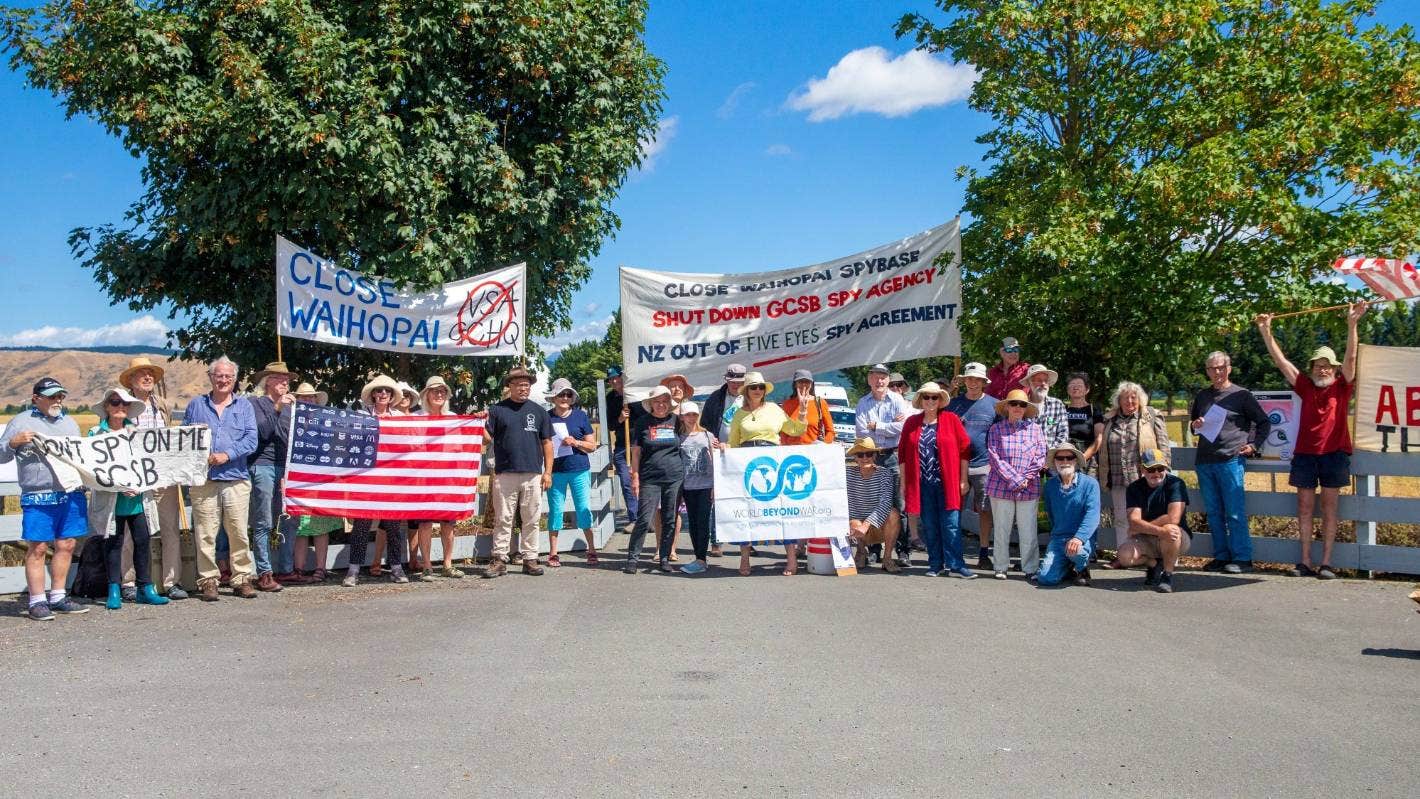 THE CHANGING FACE OF SPYING

This will be a participatory discussion (as opposed to simply listening to experts), with discussion leaders (they will be announced once confirmed).

A simple lunch will be provided. If you’re coming to the meeting, please RSVP to abc@chch.planet.org.nz for catering purposes

After that finishes, we will go out to the spy base, Waihopai Valley Road, for a protest. The protest time will be settled at the Blenheim meeting.

If you want to go to just the protest but not the meeting, text Anti-Bases Campaign’s Lynda Boyd 0274 797789 on the day and she will supply the details.

Since our last protest (2021) the look of the spy base has drastically changed, with the 2022 removal of the two giant domes and the satellite dishes they concealed.
They were officially deemed obsolete.

But although the domes have gone, Waihopai is still a spy base, albeit a less conspicuous one, and the spying by the Government Communications Security Bureau (GCSB) goes on

Our campaign has always been to call for the closure of the base.

We started the campaign in 1988, when Waihopai was an empty paddock yet to be built on.

The spying goes on, so ABC’s campaign goes on.