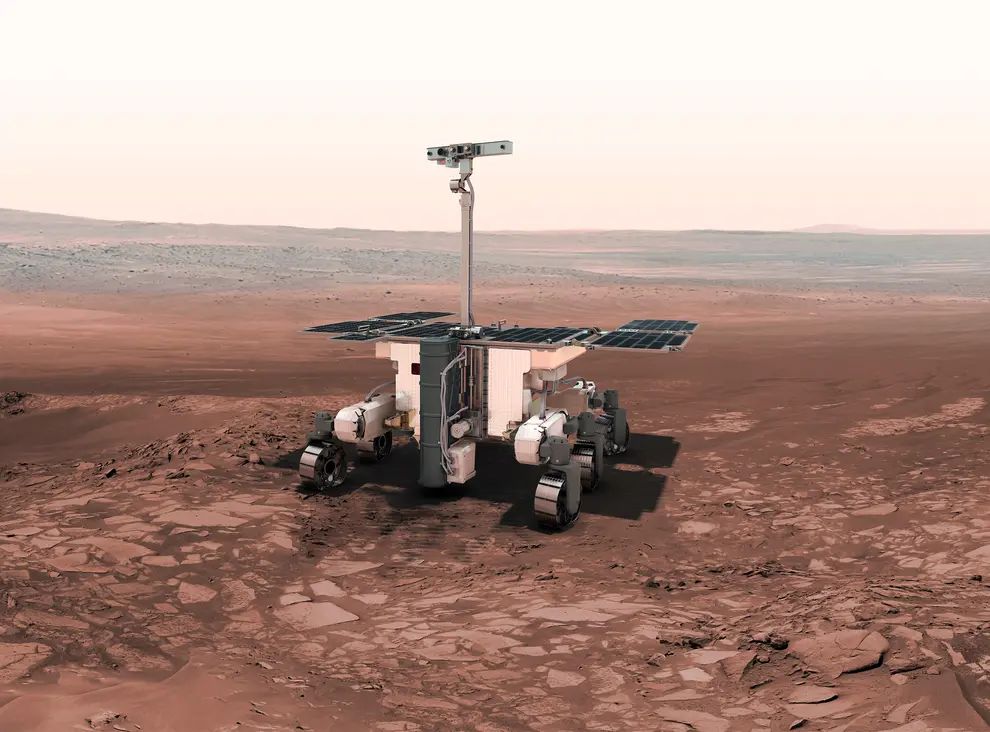 By Andrew Griffin,
Published by The Independent, 17 March 2022

Europe has suspended its ExoMars mission to the red planet, the space agency has announced.

The European Space Agency said that it was now “impossible” to work with its Russian counterpart on launching the flight in 2022.

As such, it will suspend the flight and look for another way to try and get to Mars without relying on Russian rockets, it said.

ESA will also be exploring ways that it can get other missions into space, which had previously been relying on Russian Soyuz rockets, it said.

But the space agency continued to say that the “International Space Station Programme continues to operate nominally”. “The main goal is to continue safe operations of the ISS, including maintaining the safety of the crew,” it said.

The UK-built Rosalind Franklin lander was due to launch in September this year from Baikonur, Kazakhstan, and the agency is now exploring how to move forward with the mission.

The flight had already been delayed, after coronavirus and other problems caused delays that forced it to miss its launch window, which had been scheduled for July 2020.

In a statement, ESA said: “As an intergovernmental organisation mandated to develop and implement space programmes in full respect with European values, we deeply deplore the human casualties and tragic consequences of the aggression towards Ukraine.

“While recognising the impact on scientific exploration of space, ESA is fully aligned with the sanctions imposed on Russia by its member states.”

ExoMars had been a joint mission between ESA and Roscosmos aimed at searching for signs of life on Mars, and exploring the red planet.

ESA’s ruling council, which met in Paris on March 16 and 17, authorised its director general, Josef Aschbacher, to take appropriate steps to suspend the cooperation activities.

Based on a first analysis of the impacts on all other activities affected by the war in Ukraine, Dr Aschbacher intends to convene an extraordinary session of council in the coming weeks to submit specific proposals for decision by member states.